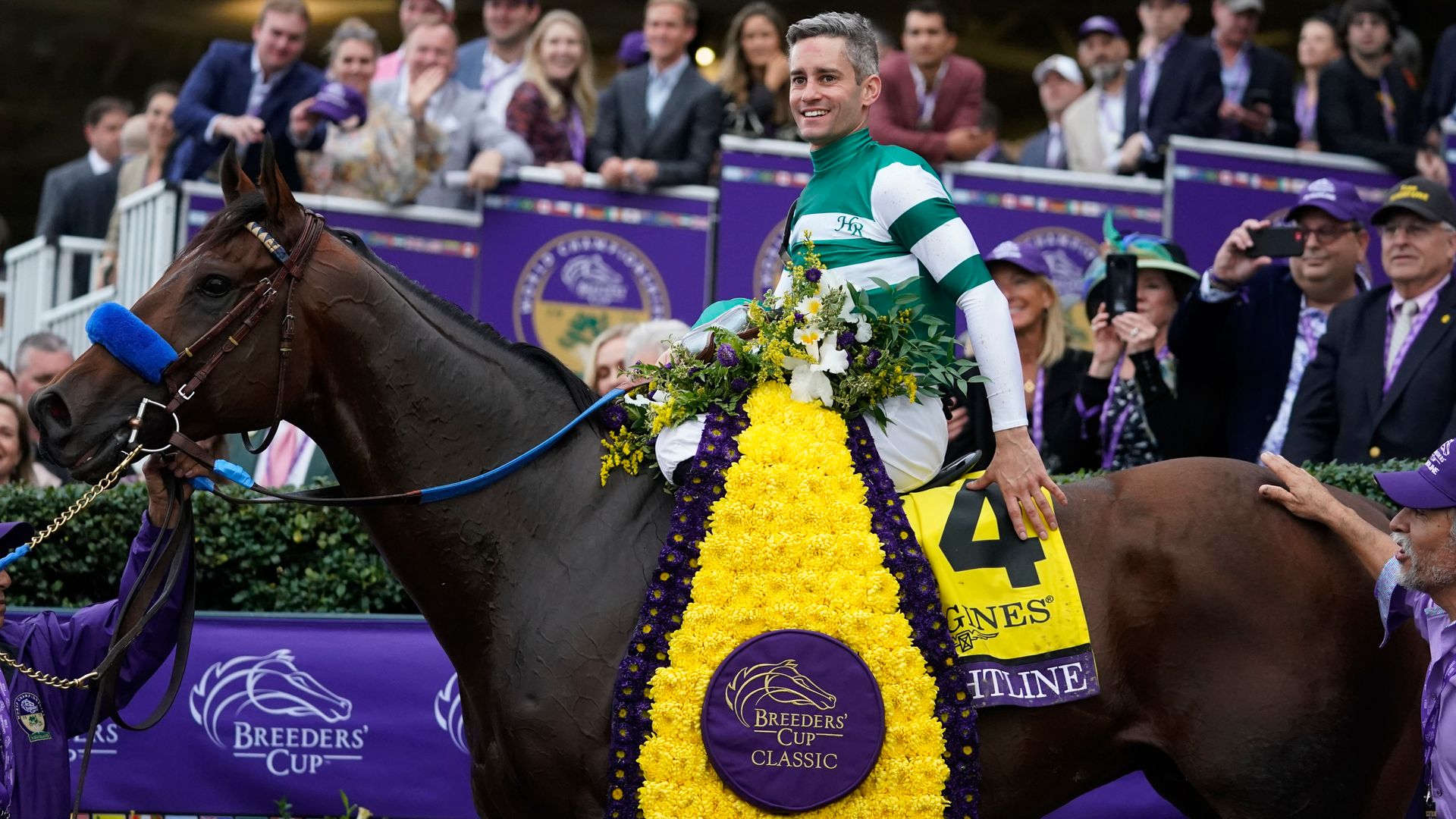 Flightline has been retired to stud following his sensational Breeders’ Cup
Classic victory on Saturday.

The four-year-old prevailed by eight-and-a-quarter lengths at Keeneland, extending his perfect record to six wins in as many starts for trainer John Sadler.

Flightline did not make his debut until April 2021, but has been on a steep upward trajectory since his initial victory, winning a claimer at Del Mar before going on to secure four successive Grade One triumphs, culminating in the Breeders’ Cup. 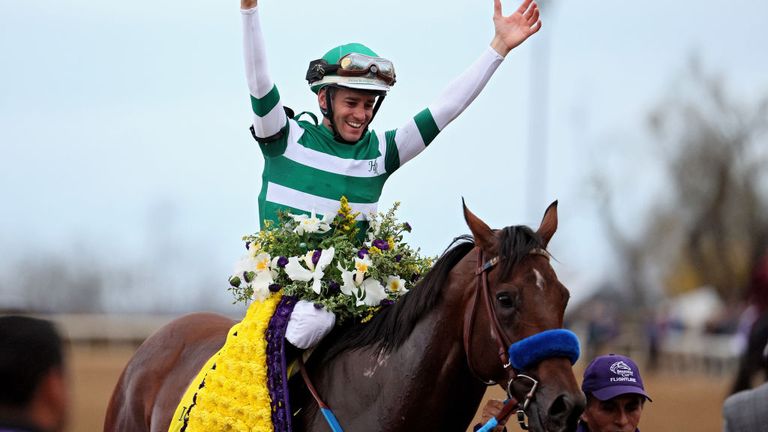 His smallest margin of victory was six lengths in the Metropolitan Handicap at Belmont, while his 19-and-a-half-length win in the Pacific Classic counts as his most conclusive success.

Raced by Summer Wind in partnership with Hronis Racing, Siena Farm, West Point Thoroughbreds and Woodford Racing, Flightline will retire to Lane’s End Farm with a fee yet to be decided.

“We would like to thank trainer John Sadler and his team for the incredible work they did with Flightline,” Lane’s End’s Bill Farish told www.thoroughbreddailynews.com.

“His historic performances are a credit to their expertise and unwavering efforts to bring out the very best in the horse.”

Flightline is rated the best horse in the world, with a mark of 139 before his Breeders’ Cup success – with Europe’s top performer Baaeed on 135.