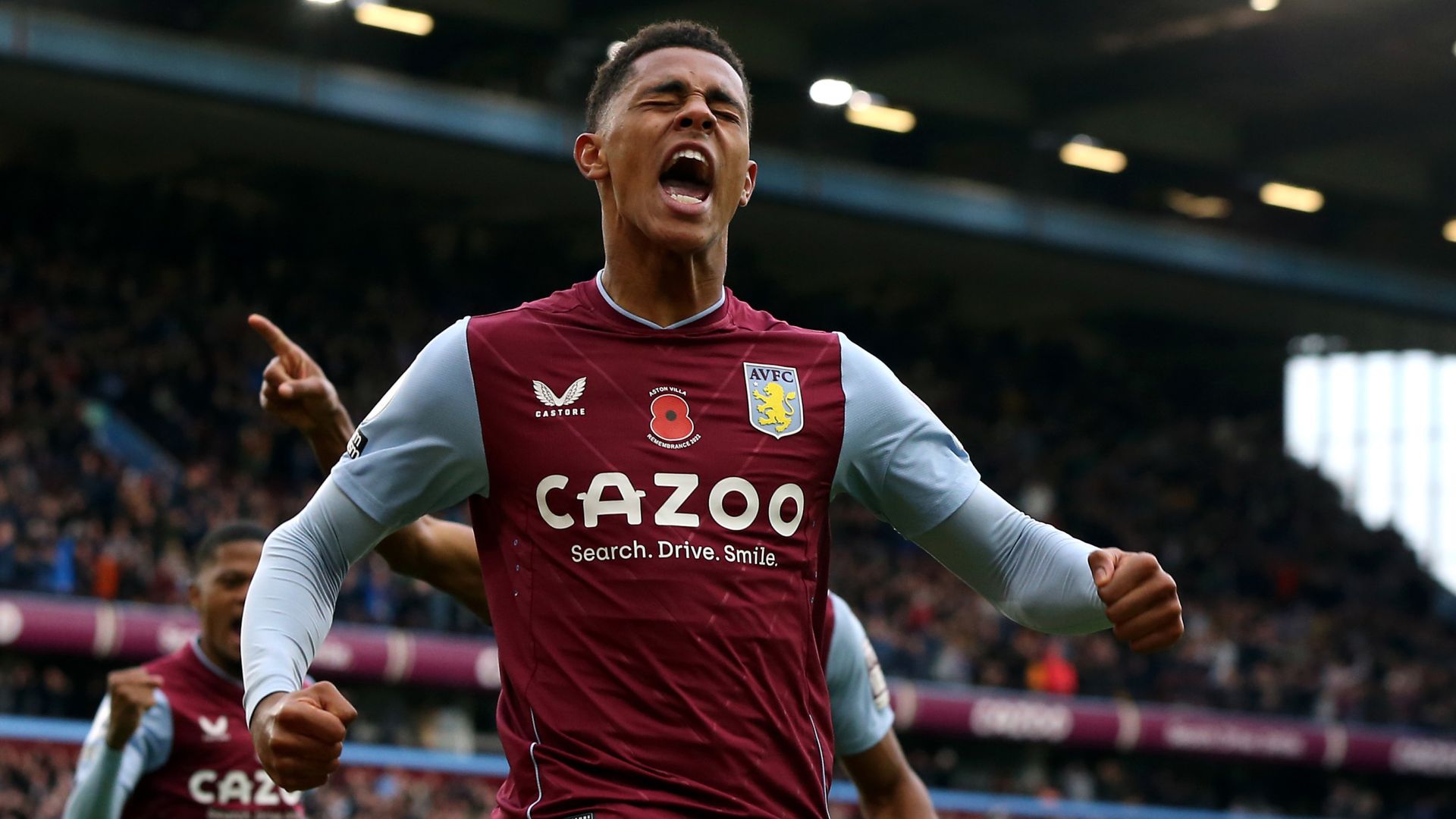 Leon Bailey scored for Villa in the seventh minute and when Lucas Digne curled in a free-kick not long after there were wild scenes of celebration among the home support. Luke Shaw’s deflected strike, which went in off Jacob Ramsey, just before the interval gave lacklustre United hope – but not for long.

Ramsey’s fine finish from Ollie Watkins’ cut-back soon halted the comeback and it was no more than Villa deserved. This historic win makes it back-to-back Premier League home wins for the first time either this season or last as they move up to 13th in the table.

For United, with Cristiano Ronaldo as captain, it was perhaps as disjointed as they have looked since the Manchester derby. The defeat ends their run of nine games unbeaten in all competitions and means they waste the chance to close the gap on the top four.

Player of the match: Jacob Ramsey.

How Villa ended their United hoodoo

There was a raucous atmosphere beforehand as the supporters greeted new boss Emery and the team responded with an explosive start that was too much for United. Ramsey was at the heart of it, playing in Bailey who fired the ball beyond David de Gea for the opener.

Ramsey then won a free-kick as Villa kept up the pressure and Digne struck it superbly into the top-right corner to send the Holte End into delirium. It was a credit to their intensity but also their tactical superiority as they pulled United around playing out from the back.

Unai Emery made two changes to the Aston Villa starting line-up that were beaten heavily by Newcastle prior to him taking the reins. Lucas Digne returned in place of Ashley Young, while Jacob Ramsey came back in to bolster midfield. Danny Ings was among the substitutes.

Donny van de Beek made his first Premier League start of the season in place of the suspended Bruno Fernandes as one of three changes to the Manchester United team that beat West Ham last weekend. Victor Lindelof came in for Harry Maguire, while Alejandro Garnacho made the first Premier League start of his fledgling career with Anthony Elanga dropping to the bench. Cristiano Ronaldo was named as United captain.

Ten Hag’s team have been much improved but he would have been concerned by what he saw here in the absence of Bruno Fernandes through suspension. Donny van de Beek did not take his chance. Alejandro Garnacho was up and down on his first Premier League start.

The decision to hand Ronaldo the captaincy will also attract attention, although the veteran might have marked the occasion with a goal had his header not been well saved by Emiliano Martinez with his feet. United did manage to get a goal back before half-time though.

It was a fortunate one as the ball ricocheted off Ramsey following Shaw’s hopeful shot but it altered the mood a little. It might even have been the lifeline that United needed. They wasted it, the remarkable Ramsey restoring the two-goal lead early in the second half.

Villa never relinquished their control again, Tyrone Mings controlling an increasingly-agitated Ronaldo comfortably enough by fair means or foul. This is a setback for Ten Hag’s revolution at United. But Emery’s revolution at Villa has truly begun.

Aston Villa and Manchester United meet again on Thursday in the Carabao Cup third round, this time at Old Trafford and live on Sky Sports. Kick-off at 8pm. Villa then head to Brighton on Sunday November 13 at 2pm.

Man United head to Fulham on Sunday November 13 in the final Premier League match before the World Cup, live on Sky Sports. Kick-off is at 4.30pm.