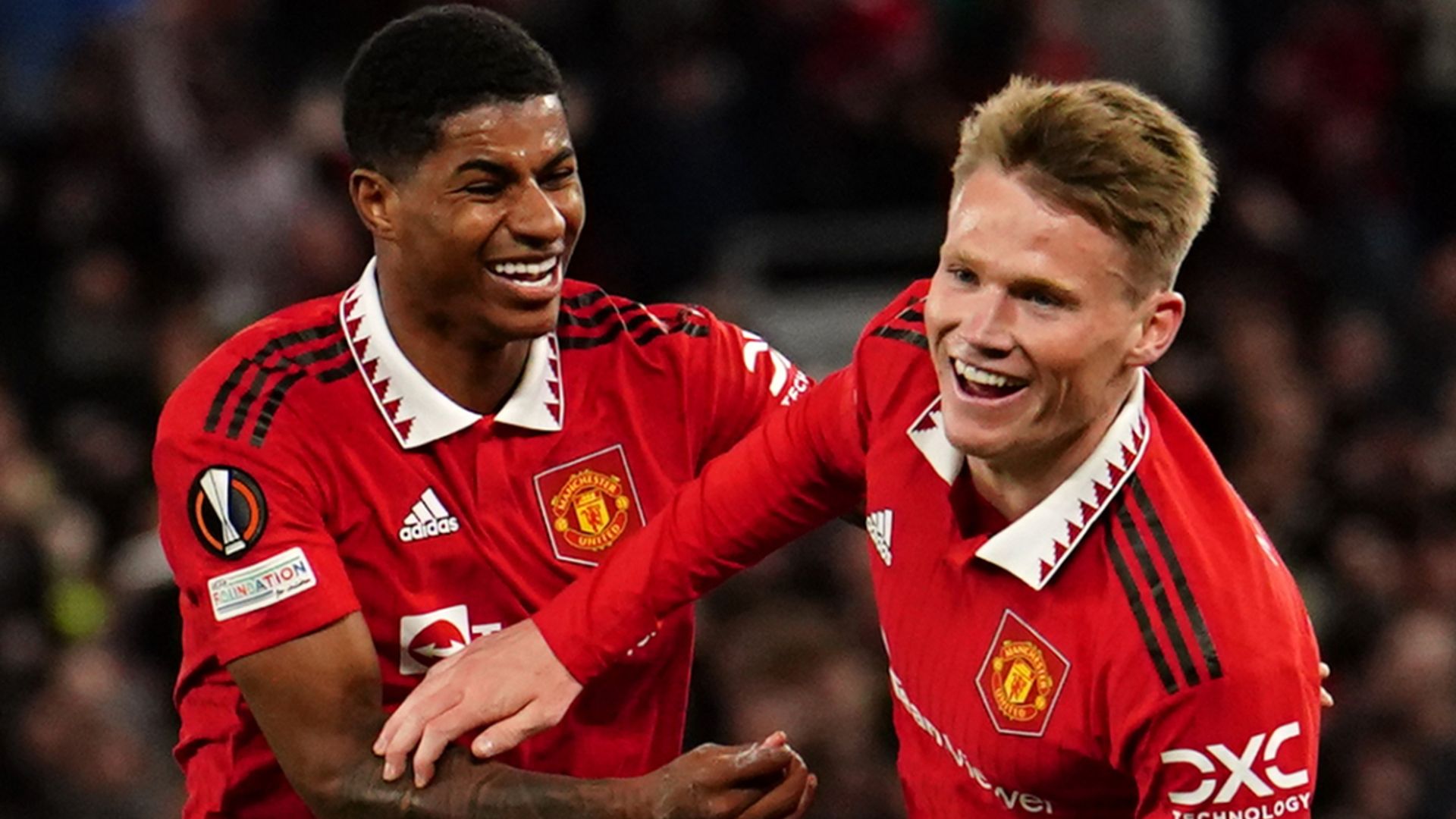 Manchester United will face Barcelona in their Europa League play-off in February, while Jose Mourinho’s Roma will take on RB Salzburg.

Xavi’s side dropped into the competition after finishing third in their Champions League group, while Man Utd lost out on top spot to Real Sociedad.

Barcelona manager Xavi reacted to the draw, telling a press conference: “We will have to compete, going to Manchester against a really top rival and an historic side which has grown a lot with the arrival of [Erik] ten Hag.

“[They have] great individual players and it is the toughest rival once again in the Europa League.”

The two sides have faced each other 13 times in European competition, although Man Utd have only won three of these meetings. The last came in April 2008 with Man Utd winning 1-0 on aggregate in the Champions League semi-finals.

After a goalless draw at the Nou Camp, Paul Scholes’ 14th-minute winner at Old Trafford knocked Barcelona out. Man Utd would go on to win the competition that year, beating Chelsea on penalties in the final.

But Barcelona have won each of the last four meetings, including two Champions League finals. They were 2-0 winners at the Stadio Olimpico in May 2009 and beat Man Utd 3-1 at Wembley two years later.

Their last European match-up was in the 2018/19 quarter-finals with Barcelona winning 4-0 on aggregate.

It is also a chance for Cristiano Ronaldo to face off against his former El Clásico rival. The ex-Real Madrid man has scored 20 goals in 34 career appearances against Barcelona, although has never managed to do so for Man Utd.

The Europa League play-off comes in the middle of a busy February for Man Utd, who also face Leeds, Leicester and Brentford in the Premier League.

Elsewhere, Jose Mourinho’s Roma will face RB Salzburg with the possibility of being drawn against his former Man Utd side if both teams qualify for the last 16.

Fellow Serie A side Juventus will take on Nantes, Sevilla – six-time winners of the Europa League – will face PSV Eindhoven and Erik ten Hag’s former team Ajax will take on Bundesliga side Union Berlin.

‘This is not Barcelona of old’

“It’s what we want to see as neutrals. You want to see the best teams going up against each other. They are great spectacles.

“Man Utd will fancy their chances. This isn’t a Barcelona of old.

“They are still struggling and haven’t got the quality and personnel that you would think would challenge for the top honours.”

When will the games be played?

The first legs of the last play-off round will be played on February 16, 2023, before the return legs a week later.

When will Arsenal learn last-16 opponents?

Arsenal’s automatic progression to the last 16 of this season’s Europa League means they will have to wait for the conclusion of the play-off round before learning who they will face next in the competition.

The draw for the last 16 of the Europa League will take place on February 24, 2023, a day after the play-off second legs, with the last-16 ties held on March 9 and March 16 respectively.