Race of the Day: Botti pair hold the key in tight handicap 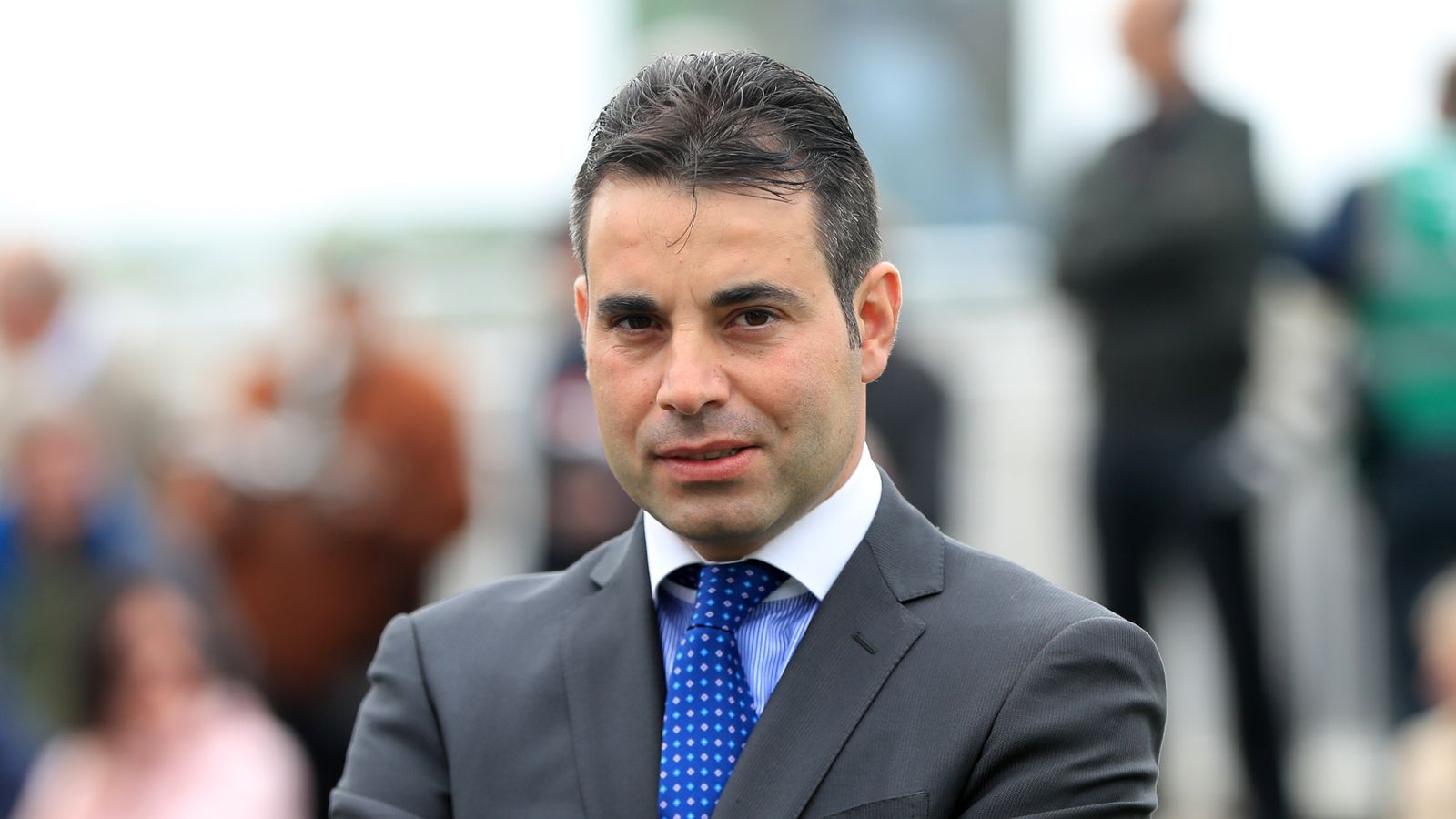 Alan Thomson has cast his expert eye over a field of 12 in a tight-looking handicap contest at Wolverhampton on Monday, live on Sky Sports Racing at 8pm.

Wolverhampton, with a £100,000 minimum placepot pool guarantee in operation, is the meeting of choice on Monday (live on Sky Sports Racing), with the Fallon’s Fancies Expert Tips By BetUK Handicap earmarked for this evening’s highlighted wager. Thirteen runners head to post for the Class 4 contest over an extended one-mile-and-one-furlong trip.

The sharp nature of the Tapeta track, measuring a mile round, makes this a serious examination of horsemanship. Its tight left-hand turns and short straight gives the track an American-style feel.

David Probert (17) is top jockey so far this year with 17 winners, one ahead of Jack Mitchell, who boasts a healthy 28 per cent strike-rate. Rossa Ryan sits next on 15.

Charlie and Mark Johnston topped the trainers’ list outright for some time but they have been joined on the 20-winner mark by Mick Appleby. Hot on their tails are Tony Carroll (17) and George Boughey (16).

Made a promising start to the season by posting a fourth to Nizaako at Newmarket but his two subsequent outings have been blighted by sloppy breaks. George Baker’s gelding never showed in the race won by Sanitiser at Windsor at the beginning of September and it was a similar story when well behind Ajero at Goodwood in high summer. This is less demanding.

William Knight’s filly picked off three races in the spring when returning from a 178-day absence, including over course and distance, and her latest fourth to American Flag at Redcar in September was another useful effort. The booking of Danny Tudhope a positive but hard to get over-excited about stall 12.

Struggling to get his head in front but the Sean Woods-trained colt is likely to be in the firing line yet again. He chased home Sucellus over course and distance last month and third horse Visibility has since gone on to win here. Blinkers go on for the first time.

Posted an excellent second to Raising Sand over a mile at Newcastle in mid-September and Scott Dixon’s gelding, a previous 10-furlongs winner at Epsom in June, will be on many shortlists. Luke Morris is back on board for the first time since the partnership unlocked a hat-trick of victories at Chelmsford City earlier this year when Light Up Our Stars was in the care of Tony Carroll.

An established Lingfield specialist, Marion’s Boy has cut little ice this season, finishing last of six at Windsor in July and running eighth to Natchez Trace at Kempton in September. Roger Teal’s gelding has a bit to prove now under David Probert but the return to an artificial surface can be regarded as a positive.

Very interesting on handicap debut. Marco Botti’s three-year-old has shown promise in novice/maiden company, running third to Maktoob over course and distance in the spring under today’s rider Neil Callan. Runner-up Okeechobee progressed to win his next three races, most recently off a 92 rating at Salisbury by more than four lengths.

Vidhaata was returning from a 164-day absence when finishing fourth to Broadspear at Windsor four weeks ago and could take a big step forward. Stall 13 is a negative so wily Callan will need to draw on his considerable experience to execute a game-plan.

Ex-Jessica Harrington grey has adapted well to a change of scenery and is chasing a hat-trick on the back of victories here in August and October for Marco Botti. The three-year-old had last week’s course winner Baby Steps back in third on the latter occasion and looks likely to be involved under Stefano Cherchi.

On a long losing streak but there were signs of a revival at Newmarket last month when running fourth to Turntable in a Class 3 contest. Dropped another 2lb and in-form Richard Hannon saddled an all-weather treble last Monday before striking again at Chelmsford City a couple of days later. Oh Herberts Reign makes his all-weather debut and stall five is a handy pitch.

Not one of Roger Varian’s star pupils but connections would have been heartened by the gelding’s Chelmsford City third last month when cheek-pieces were applied. Mainly disappointing but Dindoo did manage to win a race at Haydock last July. Perhaps that latent talent is beginning to shine through again. David Egan booked.

Kieran O’Neill teams up with Ivan Furtado’s gelding and no forlorn hope if able to re-discover his midsummer form when winning at Yarmouth and Newmarket. Not weighted out of this but his last three outings offer little encouragement that a revival is just around the corner.

REST OF THE FIELD

His useful form for former trainer Richard Hannon is a distant memory and Joe Tickle’s gelding has beaten only one rival in his last four outings. A first-time visor will need to work the oracle.

Tyler Heard’s 3lb claim has been snapped by Adrian Wintle and Keeper’s Choice enjoyed a fruitful summer, scoring twice at Bath before being pipped by Queen Of Burgundy at Chester in July. Finished down the field on her latest start and was well beaten on a solitary all-weather appearance at Kempton three years ago.

A skin-tight handicap and Marco Botti sets a poser by fielding two three-year-olds, both with obvious chances. LUCKY SAN JORE has drawn a handy pitch in stall four if able to keep out of trouble running into the first bend, while widest-drawn Vidhaata is unexposed in handicap company and may well have a few pounds in hand of the assessor.