The Baltimore Ravens will have to do without their star tight end Mark Andrews in their Monday Night Football match-up with the New Orleans Saints as he has been ruled out due to knee and shoulder injuries.

The 2021 All-Pro selection and two-time Pro Bowler has not missed a game since 2020. In eight outings (all starts) this season, he has hauled in 42 receptions for 488 yards and five touchdowns – all team highs.

It is one of a number of injuries Baltimore (5-3) are contending with. Wide receiver Rashod Bateman has been lost to a season-ending foot surgery, while running back Gus Edwards is ‘doubtful’ with a hamstring injury; receiver Demarcus Robinson (groin), cornerback Marcus Peters (quad, knee) and linebacker Malik Harison (foot) are also ‘questionable’.

Bateman is ranked second in the NFL with an average of 19 yards per catch this season. In order to try and recreate his big-play ability, recently-signed veteran DeSean Jackson could see his first action for Baltimore on Monday night.

Jackson himself said: “I’ve been in this league a long time and I’ve had a lot of success. If it’s my time, I’ll do what I need to do to help this team win games. That’s all that matters.”

The Ravens are also set to give a debut to star linebacker Roquan Smith after his move from the Chicago Bears on last Tuesday’s trade deadline day.

Smith is the only player with multiple sacks (2.5) and interceptions (2) this season. He also leads the NFL with 83 tackles. Baltimore gave up 2023 sound-round fifth-round draft picks, along with linebacker AJ Klein to acquire Smith.

Defensive coordinator Mike Macdonald said of Smith: “You trade for a guy of calibre… it definitely shifts your focus a little bit.

“I think he’s played every snap up to this point. Moving forward, as long as he’s up to speed on what we ask him to do, there’s a good chance he’s going to be out there.”

The Ravens face a Saints (3-5) side on Monday night that, although disappointed with their overall record, are confident coming in off a dominant 24-0 shutout win over the Las Vegas Raiders in Week Eight. 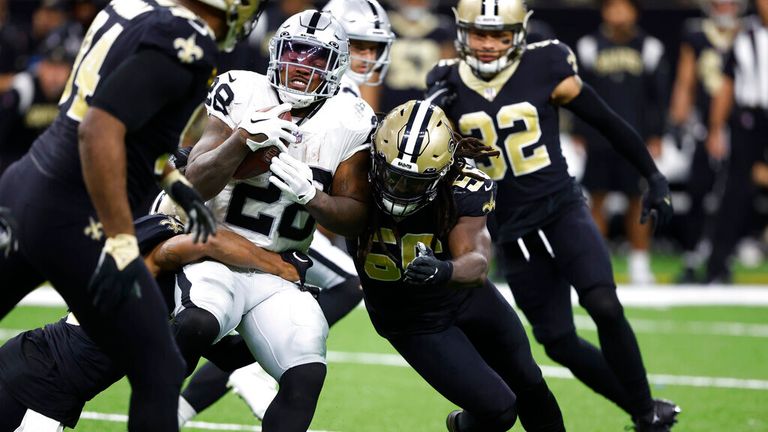 “It was good because that was on par with who we are and what we are capable of doing,” Saints linebacker and defensive captain Demario Davis said of the Raiders win. “But there’s still more out there and we’ve got to get it.”

The Saints have had their struggles, though, against dual-threat quarterbacks. They narrowly won their season-opener in Atlanta, where Marcus Mariota’s mobility for the Falcons gave them nightmares, while they also had trouble against Kyler Murray in a Week Seven defeat.

It does not get any easier for the Saints as they now prepare for Baltimore QB Lamar Jackson, who leads the Ravens with 553 yards and two rushing TDs, including a 79-yarder. 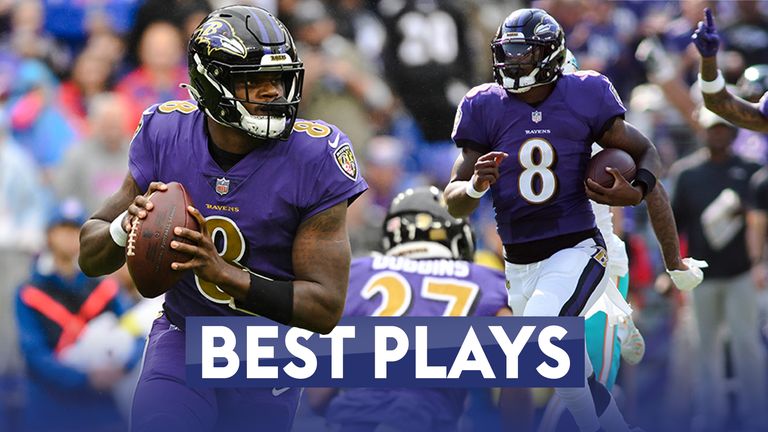 Jackson needs just 14 more rush yards to pass Hall of Famer Steve Young (4,239) for the fifth-most by a quarterback in NFL history.

“You’re not going to meet too many quarterbacks that run like Lamar,” Saints defensive end Cameron Jordan said. “He’s a pain to play.”

Jackson has also passed for 1,635 yards and 15 touchdowns, with six interceptions, to see him talked up at times this season to win a second league MVP award in his fledgling career.

Saints quarterback Andy Dalton certainly is not as great a threat on the ground, but he has given the flagging New Orleans offense a jolt since replacing season starter Jameis Winston. The Saints have averaged better than 400 yards of offense during Dalton’s five starts. Things have also started to open up for Alvin Kamara in recent weeks. The Saints star running back has 100-plus scrimmage yards in each of his past four games, including a three-TD outing last week against the Raiders.

“When you can have that communication then it translates in the games into big plays,” Dalton said on his connection with Kamara that led to TD catches of 36 and 16 yards last week.

“He does a great job of understanding how people have played him. He can take the experience of that and apply it to what’s going on in that moment.”

The Saints were dealt a sizable blow, however, with the news this week that former star receiver Michael Thomas is expected to miss the rest of the season with a toe injury which requires surgery.

Thomas had already missed five games with the injury, not playing since Week Three. And that was after the wideout got off to a hot start to the season, catching 16 passes for 171 yards and three touchdowns.

The 29-year-old is a three-time Pro Bowler and two-time All-Pro. He set the league’s single-season record in 2019 with 149 receptions for a league-best 1,725 yards.