Tampa Bay Buccaneers quarterback Tom Brady has said he is “super excited” for the team’s “epic” clash with the Seattle Seahawks in Munich on Sunday – the first NFL International Series game to be played in Germany.

The match will take place at Bayern Munich’s 75,024-seater stadium – live on Sky Sports NFL from 2.30pm on Sunday – and not only was the game sold out in a matter of minutes, there were a humungous three million requests for tickets processed – enough to fill the Allianz Arena 40 times over!

A seven-time Super Bowl winner, the 45-year-old Brady no doubt added to the surge for tickets, although his Buccaneers (4-5) have struggled for much of this season before getting back on track somewhat with a 16-13 win over the Los Angeles Rams last week – with Brady engineering a record 55th game-winning drive in the dying seconds. The Seahawks (6-3) have also surprised many this season, boasting the best record in the NFC West after having been pre-season favourites to struggle. Sunday’s clash will also be the first International Series game to feature two teams leading their respective divisions.

“We’re playing a great team in Seattle,” Brady said on his weekly ‘Let’s Go!’ podcast. “They’re first place in their division. We’re tied for first place in ours. 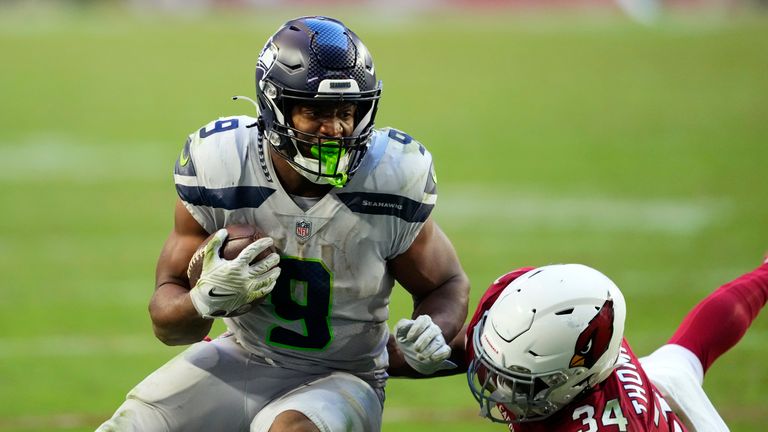 “To fly across the ocean like that, a new time zone, it’s a 9.30am eastern kick-off. It will have its challenges.”

“It’s the chance to go across to another country, play a sport that I love.

“I have heard there’s three million ticket requests for 67,000 seats, so the place is gonna be rocking and if it’s anything like what I see in those German Bundesliga games this is gonna be one of the most epic games that we’ve ever played in. I’m super excited.”

Tom Brady is 3-0 in his career in International Series games, all when playing for the the New England Patriots, with two of those wins coming in London (2009, 2012) and one in Mexico City (2017).

Brady has a 125.2 passer rating in those games, the highest in NFL history (minimum two games), he needs 258 passing yards on Sunday to pass Blake Bortles for the most in International Series history, and he already holds the record for touchdown passes with 10.