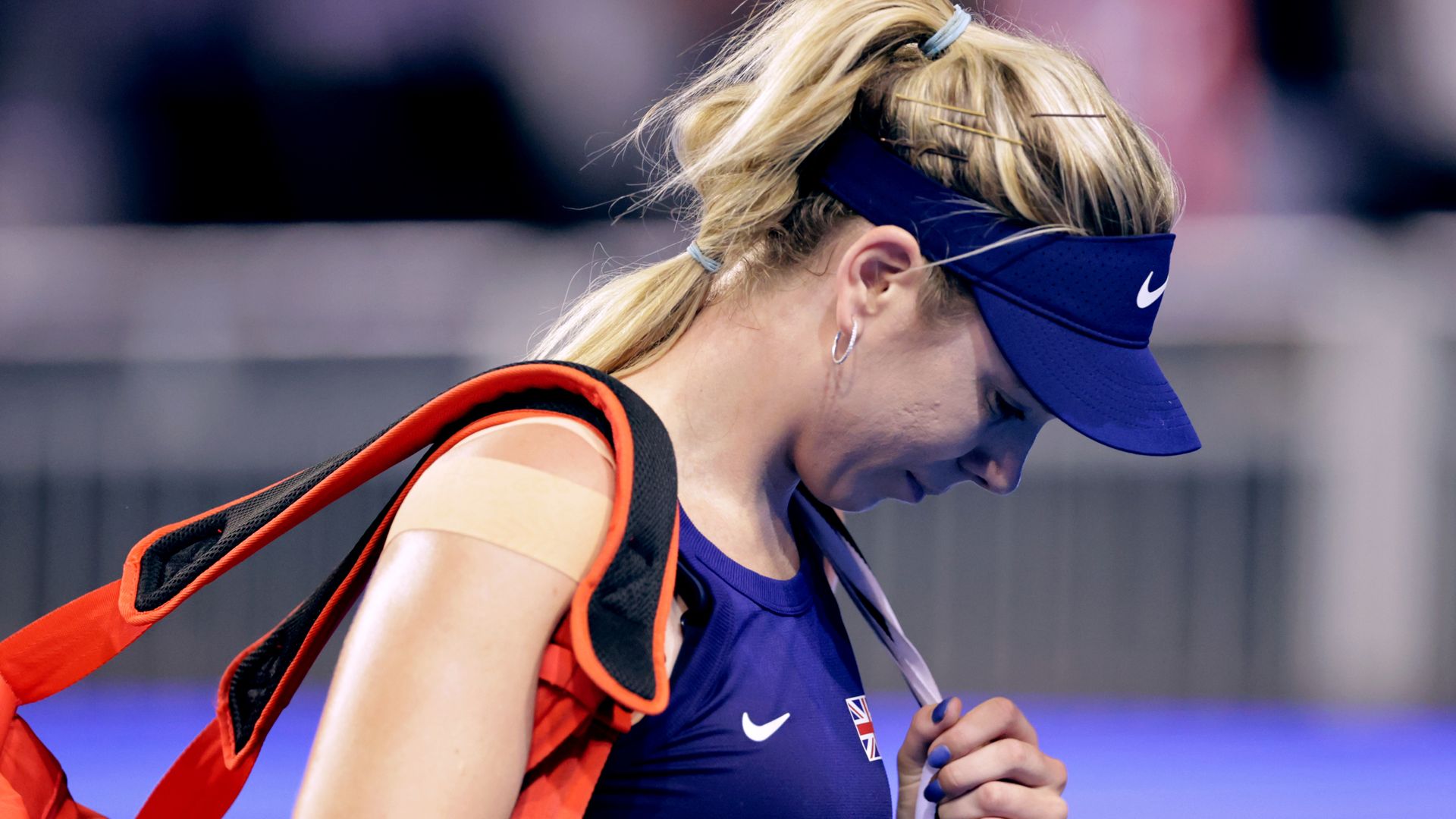 Great Britain’s hopes of causing an upset in their opening contest against Kazakhstan at the Billie Jean King Cup finals ended with defeats for Katie Boulter and Harriet Dart.

Britain were given a place in the finals as hosts after the Lawn Tennis Association stepped in to stage the event at the Emirates Arena in Glasgow. Yet without the injured Emma Raducanu lack the strength of nearly all the other teams.

They spoke with confidence on Monday about their chances of using home advantage to spring a surprise but Boulter’s 4-6 6-3 6-2 loss to the feisty Yulia Putintseva was a big blow and Dart was beaten 6-1 6-4 by Wimbledon champion Elena Rybakina.

They could yet still qualify with victory over Spain on Thursday but that will be a dead rubber if Kazakhstan win their match against the Spaniards on Wednesday.

The Kazakhs could even claim the noisiest supporters, with their loyal band of followers out-performing the sparse British crowd.

Although Boulter is ranked nearly 80 places below Putintseva at 130, she has been a consistent big-match performer and this appeared Britain’s best chance of a point.

The 26-year-old from Leicestershire made an excellent start, breaking her opponent to love in her first two service games, but she lost her way in the second set and a 4-0 deficit in the decider proved far too big a mountain to climb.

It was only Boulter’s second loss in 11 matches in the competition, with her first coming against the same player in a tie at London’s Copper Box in 2019.

She said: “I came out swinging and she had obviously come out with a game plan which slightly suited me, I think, initially.

“She then completely changed her game plan and I started to allow her to play the way that she (wanted), and she manoeuvred me around the court instead of me taking the lead.”

Boulter took a medical time-out after three games of the decider for treatment to her left calf but shrugged off any concerns about being fit for Thursday.

On the disappointing crowd, Boulter said: “I felt like there was a good atmosphere. The Kazakhstanis are always going to bring their drums and it’s always going to be a fight with the noise level because they want to win that one. I think they did today probably.

“I just appreciate having anyone supporting me right now. It would be nice to see a little bit more rowdy crowd out there for sure.”

Rybakina has been up and down since winning her maiden Grand Slam title at the All England Club but possesses one of the most powerful games on tour and was always likely to have too much for 95th-ranked Dart.

Dart dug in well from a set and 2-0 down and had two chances to lead 5-4 in the second but Rybakina won four points in a row and then served out the victory.