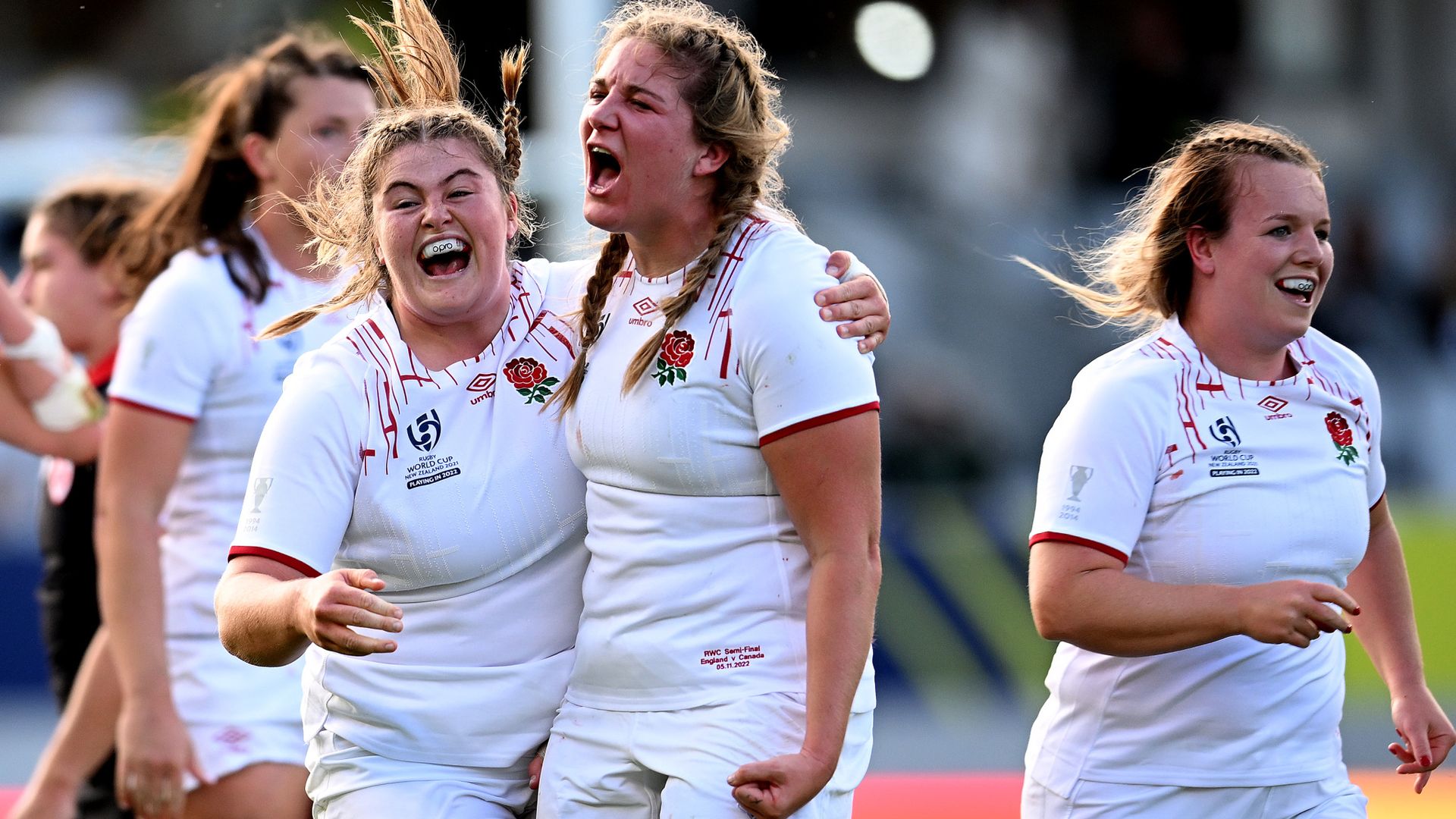 World Cup winner Rachael Burford believes a tough semi-final against Canada will help England in the final against New Zealand; the Red Roses take on the Black Ferns in the Rugby World Cup Final on Saturday at 6.30am

Rachael Burford believes England’s tough victory over Canada will stand them in good stead when they go for World Cup glory against New Zealand on Saturday.

As a Rugby World Cup winner, Burford knows what it takes to triumph on the biggest of stages – and the 2014 champion says England can now relish the challenge of taking on the hosts in the final after being thoroughly tested, but still beating, Canada.

The Red Roses came through their semi-final 26-19 in their toughest test of the tournament so far, an incredible length-of-the-field try by Abby Dow separating the two sides.

Indeed, the semi-finals were also tough for New Zealand who survived a late missed conversion attempt by France to progress with a 25-24 victory.

“England have come into this tournament with huge pressure on their shoulders about reaching that final so I think they just be enjoying that hard test against Canada which was really tight and a test that they needed,” said Burford.

“But there will be lots of excitement, the team will be well prepared.

“I think (the game against Canada) was the best thing to set them up for this weekend.

“England haven’t had to defend much throughout this tournament because they have dominated possession but in this game, Canada dominated the possession, dominated the territory and England came out on top on multiple occasions.

“I think, if anything, it is going to have helped their defensive effort, it is going to have given them confidence they can play out of those really challenging situations where the ball is in play for really long periods of time and they manage to weather the storm and score that unbelievable full-pitch try.

“I think it has set them up really well. What they wouldn’t have wanted was an easy game or a simple game where everything goes their way.

“They were tested, challenged and they really showed their resilience in that game and that will be needed this weekend.”

Eden Park will be packed out on Saturday as the Black Ferns take on the world No 1 side and, for Burford, there would be no better way to win the tournament than by defeating a home nation that has denied England in four of the past five finals.

“I think first off, there will be huge excitement,” Burford said.

“I definitely know that the girls are absolutely buzzing about their effort last weekend and now the opportunity to play in a World Cup Final.

“Beating them in New Zealand would be the icing on top of the cake for them because it is so hard to beat New Zealand here.

“But what a wonderful opportunity. There were another 8,000 tickets sold on the back of the Black Ferns beating France at the weekend, so it is now full sold-out capacity.

“For those players to get that opportunity to play against the home side on their home soil, they will be relishing.”

Although England have been the tournament favourites throughout, Burford thinks they will have to step up their game once again at the weekend as two contrasting styles of play come up against each other.

While the Red Roses will use their big forward pack to lay a platform, New Zealand play a much more free-flowing brand of rugby that can scatter defences and cause huge problems on the edges.

“I hope we can move the ball into wider channels because New Zealand get pretty narrow in their defence and there is plenty of opportunities for them in those outside channels,” she added,

“Our back line is really threatening and if they have the ability to get the ball, it can really cause New Zealand some problems out there which they are going to need.

“I think you have to start with how strong our pack is and how consistent our front eight have been which is so critical in the game nowadays.

“Leanne Infante is going to be important, how she moves the ball and how quickly she moves it.

“Zoe Harrison, how she kicks the ball gets England into the correct positions throughout the game will be really critical in order to put pressure on New Zealand.

“When they get their chances, they are all going to have to be really focused at those moments and times because there won’t be as many opportunities against the Black Ferns, so when they come they are going to have to take them.”