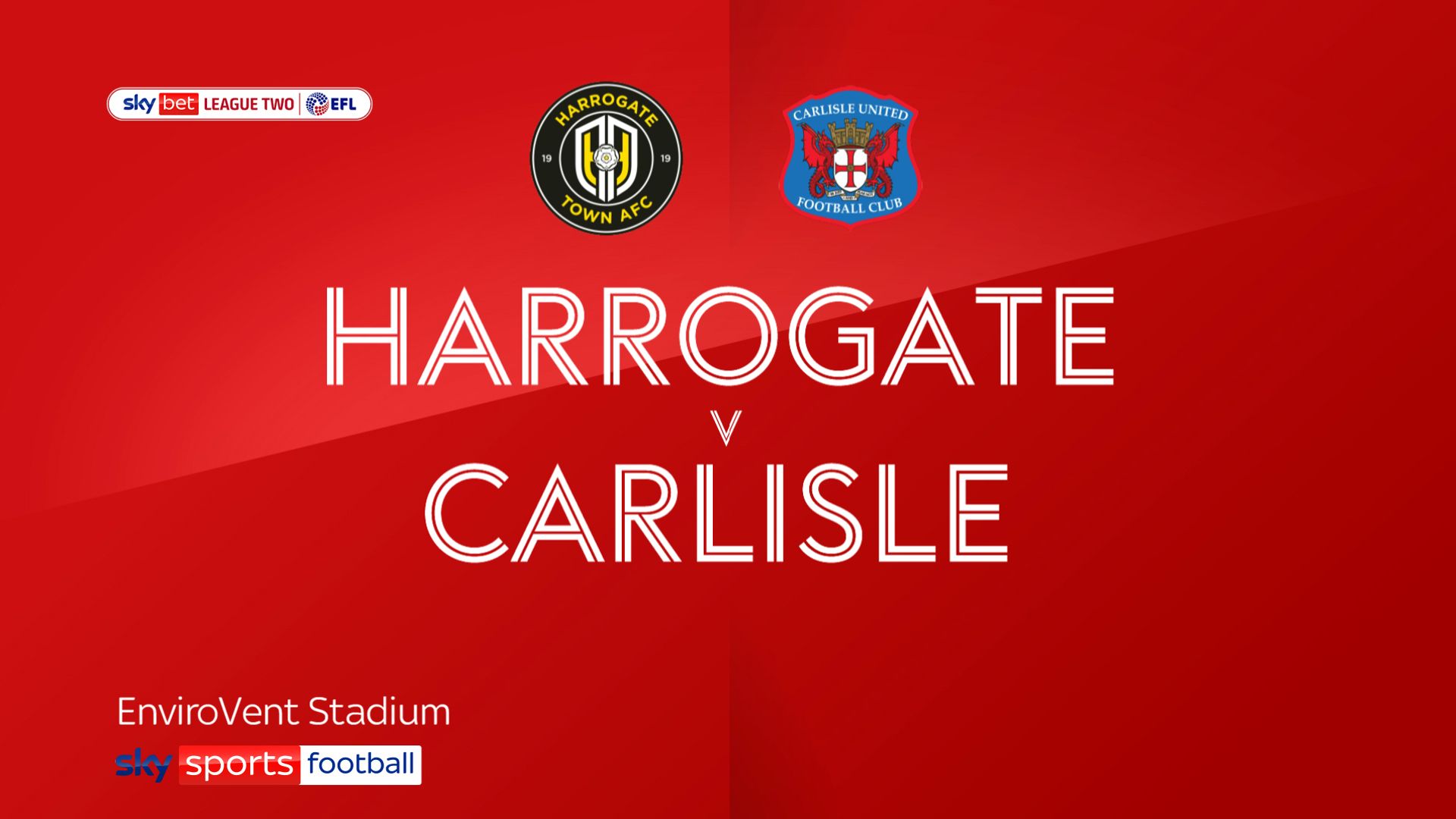 The Cumbrians took a 12th-minute lead against the run of play as Taylor Charters drilled a 25-yard effort into the roof of the net.

Harrogate equalised shortly before the half-hour mark when Jack Muldoon played Luke Armstrong in behind and he rolled the ball past the advancing Tomas Holy.

The hosts came within an inch of taking the lead on the stroke of half-time as Matty Daly shot against the inside of the post, and before they knew it they were behind again.

The second period was barely three minutes old when Jack Armer crossed from the left for the unmarked Ryan Edmondson to power home a close-range header.

But Harrogate roared back into the contest once again, Warren Burrell nodding in a Danny Grant corner before Jaheim Headley’s edge-of-the-box strike found the bottom corner to move them ahead for the first time.

Moxon’s header earned Carlisle a share of the spoils at the death.