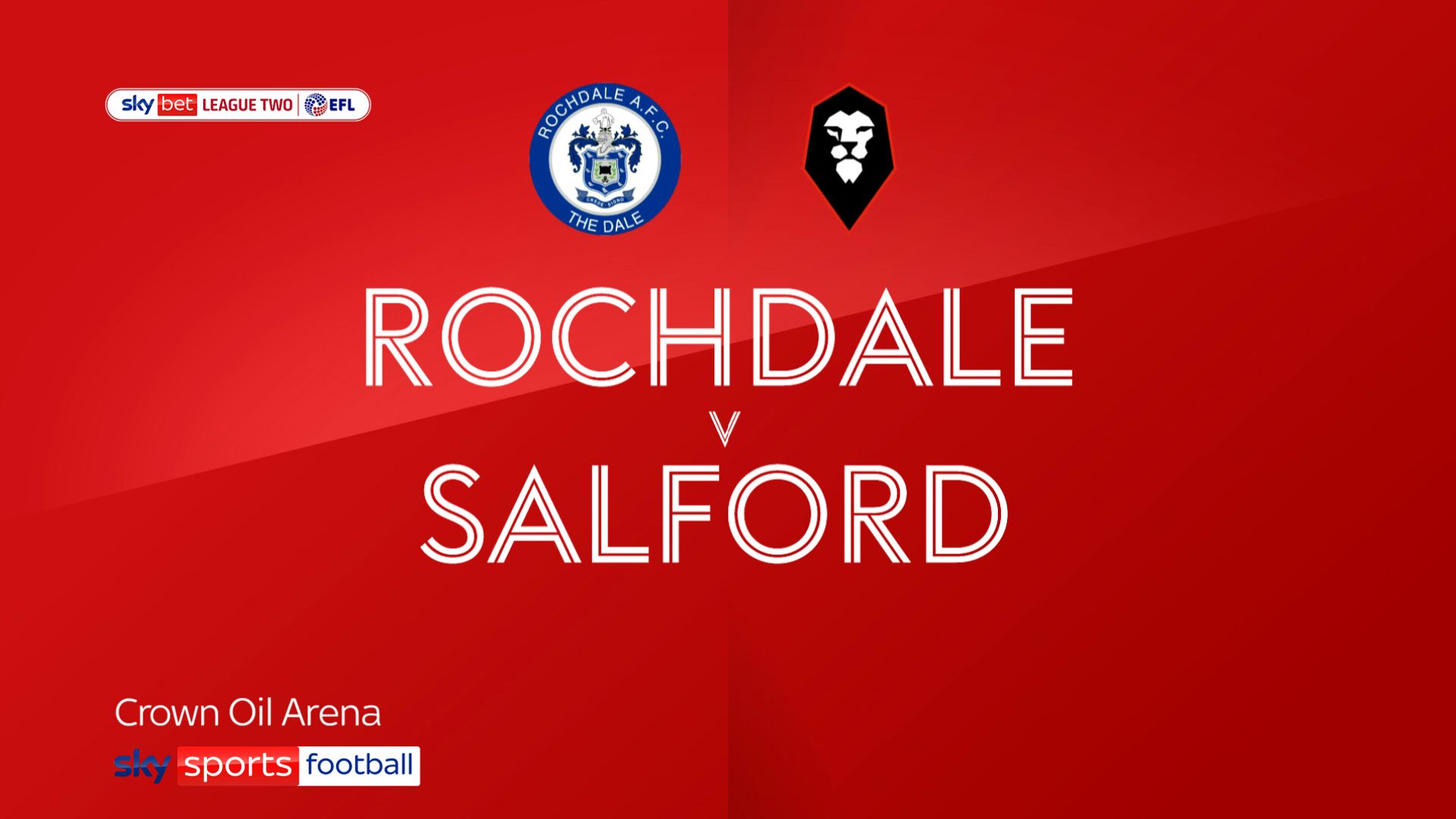 Ian Henderson wrote himself into Rochdale’s record books as the striker’s 80th-minute header proved decisive in a 1-0 win against Salford.

The Dale frontman met a superb Ethan Brierley pass to nod beyond Tom King in the visitors’ goal and overtake Reg Jenkins as the club’s all-time leading scorer with 130 goals.

His landmark goal lit up a game low on quality.

Ryan Watson came closest to breaking the deadlock in an uneventful first half. The Salford midfielder’s side-footed effort had Dale goalkeeper Richard O’Donnell wrong-footed, but a deflection took the shot wide of the upright.

Dale came close to an opener early in the second half when Tyrese Sinclair’s cross was turned goalwards by Devante Rodney, King denying him with a fine save.

Marcus Dackers missed a glaring opportunity when he was presented with the ball eight yards from goal completely unmarked while Ibou Touray’s delivery was turned against the upright by Luke Bolton.

But Rochdale broke the deadlock in the 80th minute through Henderson, who timed his run to perfection to meet Brierley’s clever pass.