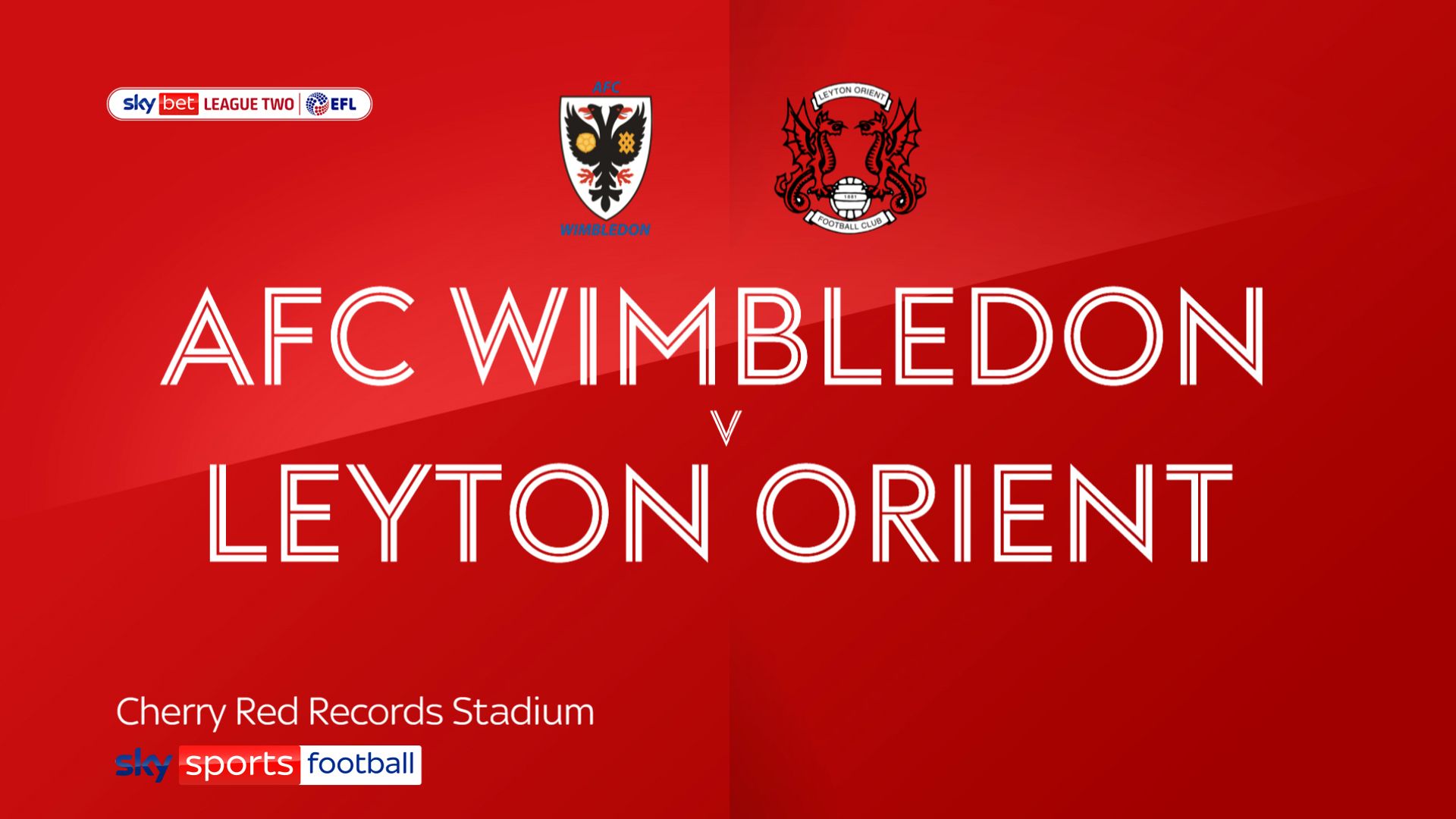 And Assal was again involved as the Dons doubled their lead in the 35th minute, his blocked shot falling into the path of Harry Pell – who smashed his shot into the top corner.

Tom James and Ruel Sotiriou had chances for the visitors but there were no clear-cut chances for Orient in a frustrating first half.

The visitors started the second half strongly and nearly pulled one back through Theo Archibald, whose shot was headed off the line by Chris Gunter.

Meanwhile, the hosts had two good chances for a third, with Ryley Towler’s header going just wide and Ethan Chislett seeing his free-kick hit the post.

Substitute Jordan Brown thought he had pulled one back for Orient late on, but it was ruled out on what was ultimately a frustrating night for his side.