Mendy denies lying to ‘save his own skin’ over rape allegations 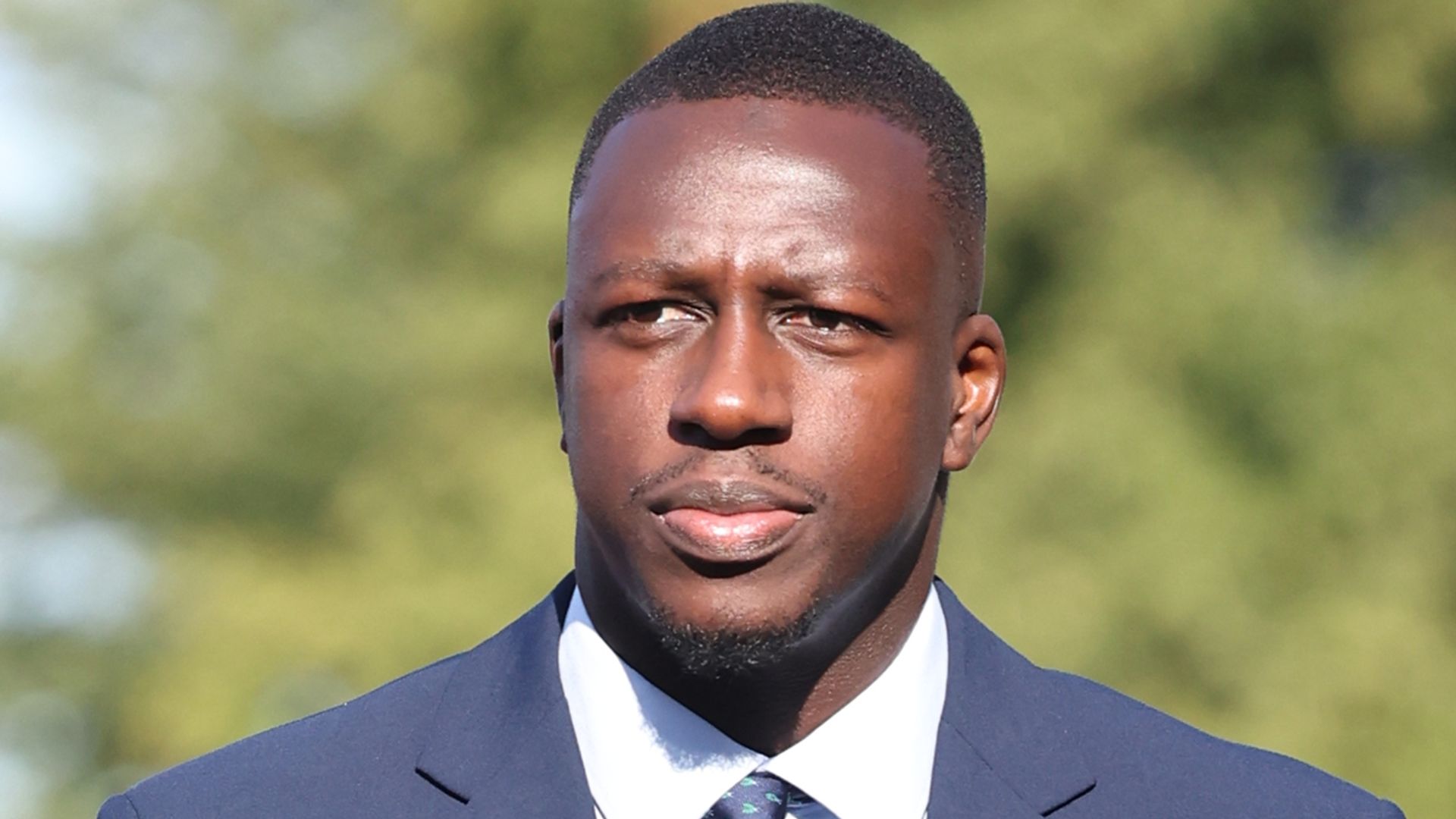 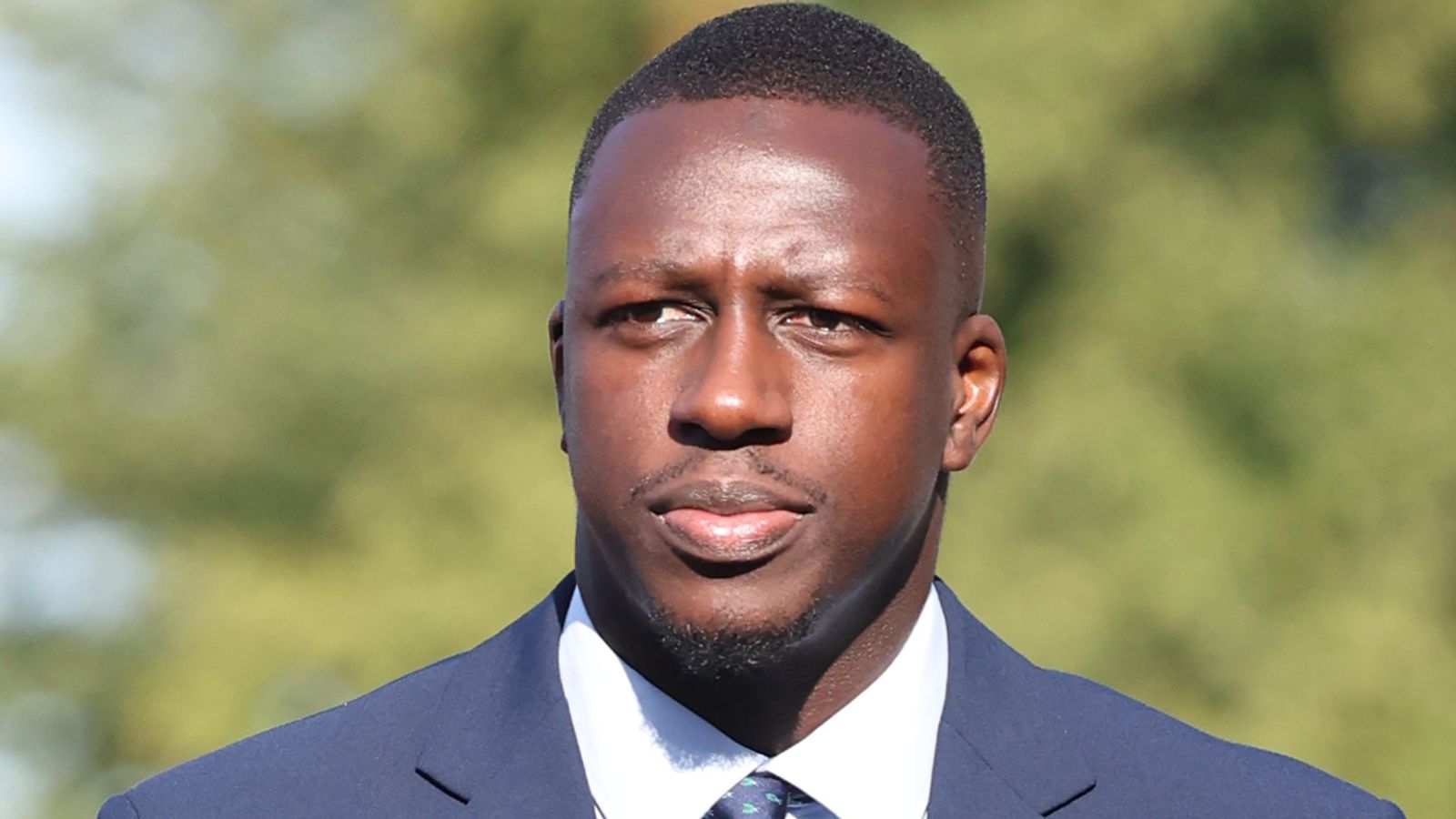 Manchester City footballer Benjamin Mendy has denied lying to “save his own skin” over the alleged rape and sexual assault of a string of women.

The 28-year-old Premier League player led a partying lifestyle, having sex with women “within seconds and minutes” of meeting them, Chester Crown Court heard.

Mendy is accused of being a “predator” who turned the pursuit of women for sex into a game, prosecutors allege, regularly going clubbing in Manchester before holding “after-parties” where young women were invited back to his
Cheshire mansion and sexually assaulted.

He denies rape and sexual assaults on six women and told the jury any sexual contact was always consensual.

Mendy sat in the witness box with a French interpreter beside him as Timothy Cray KC, prosecuting, began cross-examination of the defendant.

Mendy said that, after his arrest for rape, he had time to think in prison and realised his life was going “badly wrong” and the way he was having sex with multiple women was bad for him and might “upset” the women.

Mr Cray said: “It’s a problem for you. Within seconds, minutes, of meeting some women who you know nothing about, you would be having sex with them.

“But the furthest you are willing to go, in terms of hurt, is all you have done is hurt some women’s feelings?”

“Well help us with this,” Mr Cray continued. “Has anything that any of them said made you think, ‘Do you know what, I might have got some of these acts of mine really badly wrong?’

“As we listened to what the women have been saying, have you had this thought: ‘Maybe I should’ve taken more thought to see whether they really were consenting?”‘

Mendy replied: “It was all consensual.”

Mr Cray continued: “In your case, there’s no room for mistake or misunderstanding with what you are doing with the six women. They have got that completely wrong.

“Or, you got it completely wrong and you are lying? You are lying to save your own skin?”

Mendy denied that he might not make “good decisions” or misjudge things when drunk.

Mr Cray then showed the jury a video clip of CCTV taken from Mendy’s home in Mottram St Andrew, Cheshire.

Recorded at 4.42am on August 23 last year, it showed Mendy returning from clubbing in Manchester for an after-party at his mansion where he later allegedly raped a 17-year-old girl who also went back to his house.

In the clip Mendy is seen staggering around a Range Rover car, also containing City team-mate Jack Grealish, his trousers low over his backside and wearing a head scarf.

Mr Cray continued: “Are you wearing some sort of scarf? You can’t even walk straight. When you are like that, don’t you agree, you might get things wrong, for example about whether a girl wants you or not?”

The jury heard that, shortly after arriving back at the house, co-accused Louis Saha Matturie left with a girl, aged 23, to buy £150 of alcohol from a local garage to carry on partying.

On the way back he is alleged to have raped the 23-year-old in the car.

Later on Mendy also had consensual sex with the same woman after he had allegedly raped the 17-year-old in his home office and trophy room, where Mr Grealish was later found asleep by other party-goers, the court heard.

Mr Cray continued: “I asked you at the start: do you think, with that much drink, having sex with girls you have never met might just be dangerous territory, where you can make mistakes as to what they really wanted?”

“No,” replied the defendant.

Mendy denies seven counts of rape, one count of attempted rape and one count of sexual assault against six women.

The trial was adjourned until Wednesday.