Pickford: Psychologist helping me thrive | ‘I’ve changed as a person’ 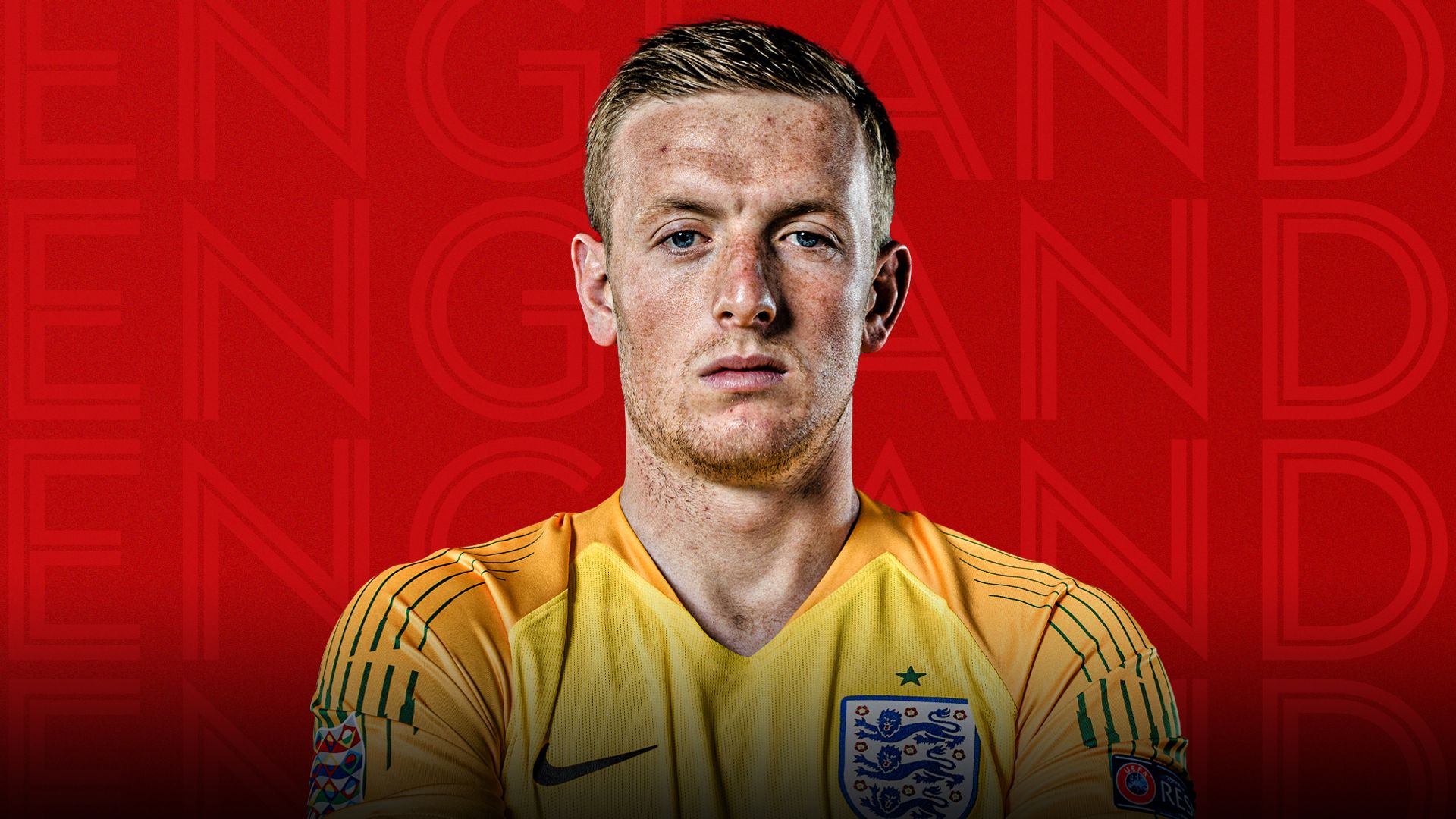 Jordan Pickford has revealed how working with a psychologist has helped him put past struggles behind him and take his game to another level ahead of the World Cup with England.

The Everton goalkeeper, who has 45 caps for England and shone during their last two major tournament appearances, is expected to hold on to the No 1 shirt in Qatar having earned rave reviews for his performances at club level this season.

Pickford feels he is in the best form of his career and puts it down, in part, to the help of a psychologist he has been working with since the 2019/20 campaign.

“I always want to be the best Jordan Pickford I can be,” he told Sky Sports News senior reporter Rob Dorsett in an in-depth interview.

“I put a lot of hard work in on and off the field to become the best.

“I work with a psychologist, I get myself in the best physical condition I can be, then the goalkeeping takes care of itself.

“I feel over the last two years, I’ve been in the best mindset and I’ve definitely knuckled down more, improved and had more consistency.

“I feel like I’m only getting better now at my age.”

Pickford, 28, decided to enlist the help of a psychologist during a period of poor form with Everton, when his performances were facing mounting scrutiny.

He feels he has “changed as a person” as a result, allowing him to perform with composure as well as his characteristic passion.

“It was my idea,” he added. “My agent had mentioned it years ago but I always felt it was down to me to say it, and it was me who made the phone call.

“I’ll be honest with you, I wasn’t in the best form. It was about, ‘how can I become better? How can I improve myself and get back to that level?’.

“The passion will always be there. I was born with that passion. But talking to the psychologist, it’s about composure with passion.

“I feel I’ve been in very good form for Everton over the last couple of years.

“I did have a bad spell in 2019/20, but no one is perfect. It’s about how you come back from your downs and your bad games. I feel like I’ve done that.

“I’ve changed as a person and I’ve got better over time.”

‘Southgate has always stood by me’

Pickford has been supported by England manager Gareth Southgate, who has consistently backed him at senior level and knows him well from his time working with the country’s youth teams.

“A few weeks ago, when I was injured, he rang me,” added Pickford.

“I wanted to go and be part of the squad [for the Nations League games against Italy and Germany] but he just said, ‘get your head down, get ready for the World Cup and get back for Everton’.

“I think he knows what I’m capable of and I’ll always remember when I was in the U17s, in the Euros semi-final, the gaffer being at the game in Serbia.

“He’s always stood by me, but I also feel like I’ve always given my all. I always graft and give 100 per cent every time I’m away with the national team.”

‘We are going to Qatar to win it’

Pickford admits England will head to Qatar with more pressure and expectation on them having reached the semi-finals in Russia four years ago and finished runners-up at last year’s Euros, but he says their belief in going all the way is unshakeable.

“At the Russia World Cup, there wasn’t much expectation. Now there is expectation and every game is crucial,” he said.

“Ourselves, as a group of lads, the belief is going to be there. We know want we want. We want to go all the way and win it.

“You’ve got to beat the best teams to win it. There’s no denying it’s going to be tough. But we have that belief in ourselves to go as far as we can in the tournament.”

“I have worked closely with him and Alan Kelly, our goalkeeping coach. He’s a really good sounding board for him in terms of the work he delivers,” said Lampard.

“When you speak to people around the training ground, you can see there’s a real sense of maturity that Jordan has taken on board.

“He’s a leader within the group without a doubt. I can see a calmness and a confidence in him and that means he can affect other people positively which is a huge plus as a goalkeeper.

“He’s a relatively young goalkeeper so it’s a big plus that he is very, very complete in terms of his game.”

England’s World Cup squad will be announced at 2pm on Thursday; Follow all the news and reaction live on Sky Sports News and Sky Sports Digital with Rob Dorsett answering your questions on the confirmed England squad on Thursday afternoon