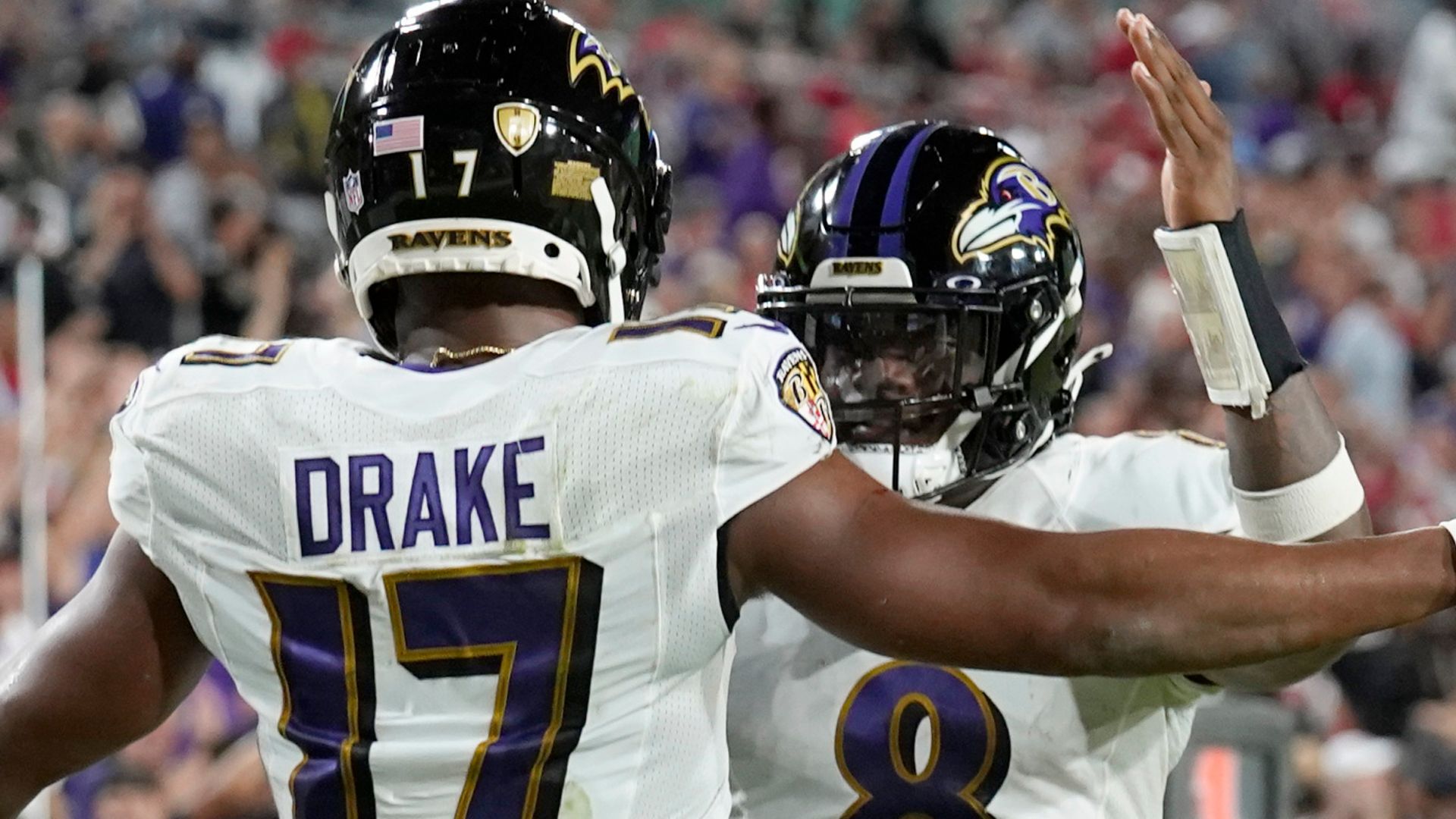 Kenyan Drake rushed for two touchdowns and Lamar Jackson passed for one as the Baltimore Ravens won their third consecutive game with a 27-13 road victory over the New Orleans Saints on Monday Night Football.

Jackson completed 12 of 22 passes for 133 yards and rushed 11 times for 82 yards, finishing 11 yards shy of Drake’s team-leading total, as the Ravens (6-3) possessed the ball for more than 37 minutes of the game.

The Baltimore defense was bolstered by the debut of linebacker Roquan Smith, who was acquired in a trade with Chicago last week, and the activation of linebacker Tyus Bowser, who had not played yet his season because of an Achilles injury. They kept the Saints (3-6) out of the endzone for more than 55 minutes and limited them to 243 total yards, including just 48 rushing.

The Ravens held Saints star running back Alvin Kamara, who had 158 yards of total offense and three touchdowns in a shutout victory over the Las Vegas Raiders last week, to only 30 yards on nine carries and 32 yards on three receptions. Saints quarterback Andy Dalton completed 19 of 29 passes for 210 yards, with one touchdown and also an interception.

Jackson threw a 24-yard touchdown pass to rookie tight end Isaiah Likely, filling in for injured starter Mark Andrews, to open the scoring and give Baltimore a 7-0 lead at the end of the first quarter.

Drake’s first touchdown, a goal-line plunge, increased the lead to 14-0 before Will Lutz kicked a 33-yard field goal on the last play of the first half to finally open the Saints’ account and cut the lead to 14-3.

On the first possession of the third quarter, the Ravens set up a Justin Tucker 32-yard field goal, before Lutz answered with another 33-yarder of his own.

After a further Tucker kick was successful from 41 yards, on the first play of the ensuing possession, Justin Houston intercepted Dalton, setting up Drake’s second score from the three-yard line.

Dalton threw a late 41-yard touchdown pass to Juwan Johnson with little over four minutes left, but the damage was already done and the Ravens ran out the remainder of the clock to confirm a comfortable victory.