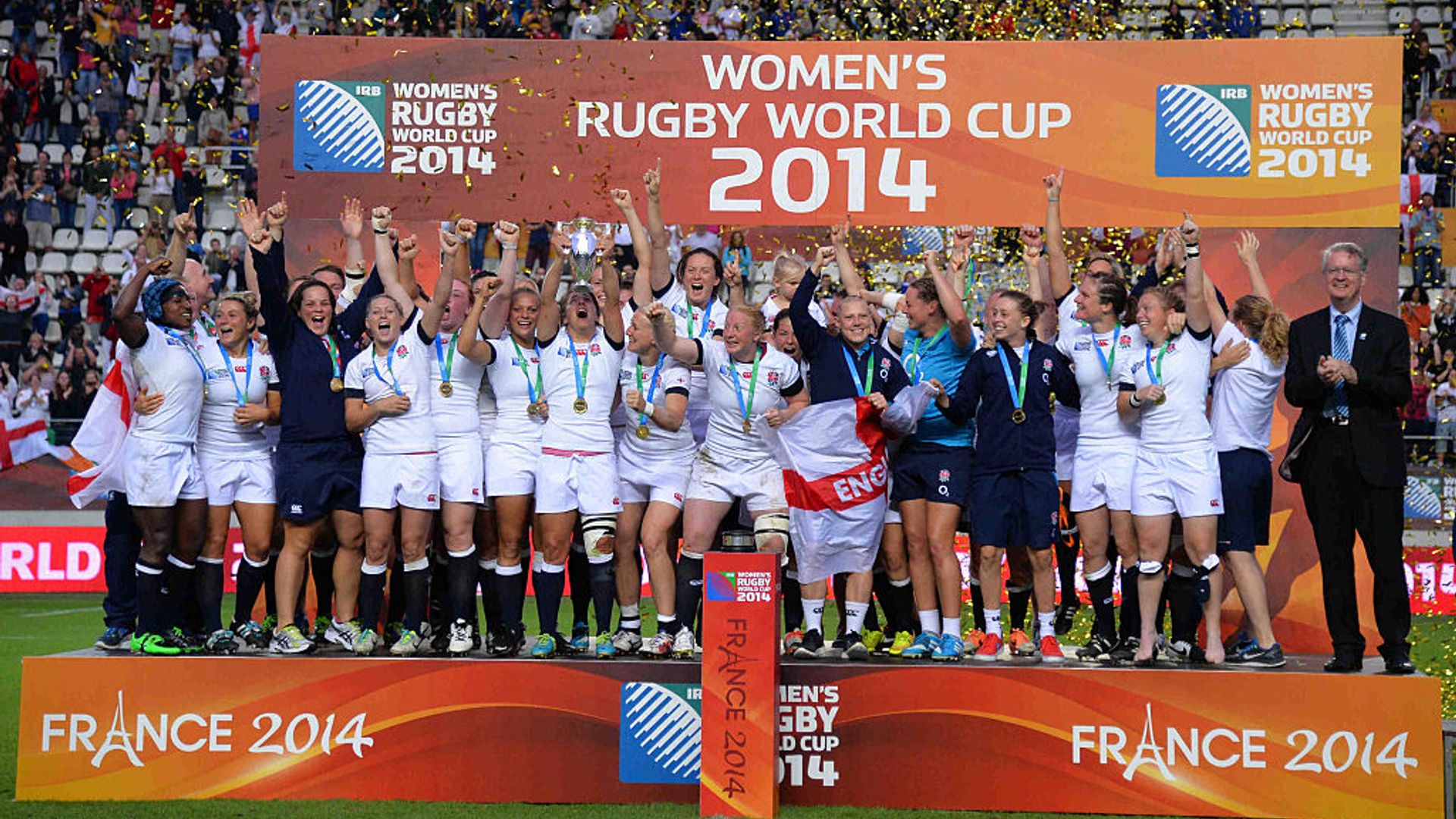 As the Red Roses prepare for another Rugby World Cup final, we take a look back at how they secured victory in 2014 after 20 years of heartache; England take on New Zealand in the Rugby World Cup Final on Saturday, with kick-off at 6.30am

It has been eight years since the Red Roses last tasted Rugby World Cup glory, but a similar story to 2014 could be written on Saturday as England look to lift the trophy again.

The storyline was an easy one to follow as England stepped out for the final in 2014: After a heart-breaking 13-10 loss to New Zealand on home soil four years earlier, the Red Roses had a point to prove when they came up against Canada in Paris at the Stade Francais.

With so much on the line, and so many nerves jangling, it came down to the handiwork of some star performers, plus the desire of all on that pitch, to secure the 21-9 win and bring the trophy home.

Some similar faces from 2014 remain. The bright young light of Emily Scarratt MBE is now an experienced head on the pitch, while Marlie Packer is another hoping to secure a second World Cup winner’s medal.

England once again go into a World Cup final after losing the previous one to the Black Ferns and that heartache is combined with a new desire to end a Rugby World Cup drought. Come Saturday, the Red Roses may no longer have to reminisce about 2014.

But, for now, we take a look at just how England brought it home and ended a 20-year wait….

Before Scarratt was the household name of the England squad, she was the exciting young talent ripping it up on the international stage and in 2014, her star quality truly shone.

After providing with the boot all afternoon, an inspired second-half performance from Canada saw England leading by a tentative 14-9, the magnitude of the occasion beginning to get to even the most-experienced heads on that pitch.

However, with just seven minutes remaining and two points separating the teams, Scarratt powered up the middle and found the gap, stepping past two defenders to sprint home and seal the victory for her side.

Her 16 points from that afternoon not only proved the difference for her side but cemented her as firmly on the pathway to becoming the great that she is today.

The class of Alphonsi

Although Scarratt is now firmly one of the greats of the women’s game, in 2014, another great was on hand to lay the platform: Maggie Alphonsi.

After tasting so much heartbreak in her 70 international appearances, Alphonsi wasn’t going to let anything get in her way, becoming an immovable object in the defensive line and dominating the ruck for the majority of the game.

Not only was she dominant in defence, she also had her hand in attack, providing the offload that sent Danielle Waterman over for the first try of the game.

The manner in which Alphonsi led by example and pushed the standards of physicality paved the way for others to follow.

After England’s final victory she said she could be “truly happy” and stepped away from the XV-a-side game having finally achieved the ultimate.

As the full-time whistle went, there were tears, there was joy, but most of all, there was relief.

The Red Roses had finally done it and as the squad rushed onto the pitch, the pain from 2010, and the 16 years before that, instantly disappeared- England were now on top of the world.

Throughout the match it was clear that there was only one goal in mind and that was to get the win, no matter how, and when they finally got it, they were going to celebrate it.

“That group of girls and staff deserve everything we’ve got today,” said Captain Katy Daley-McLean.

“We’ve worked so hard for this, and there are so many great legends that have gone before us that haven’t won in an England shirt, and that’s for all of them who are here today.

“This is all about the England rugby family. It’s amazing.

“It started years ago with the people that have brought us here, our family and friends. We’ve had to work today – Canada were fantastic – and it’s amazing to think we’ve done it.”