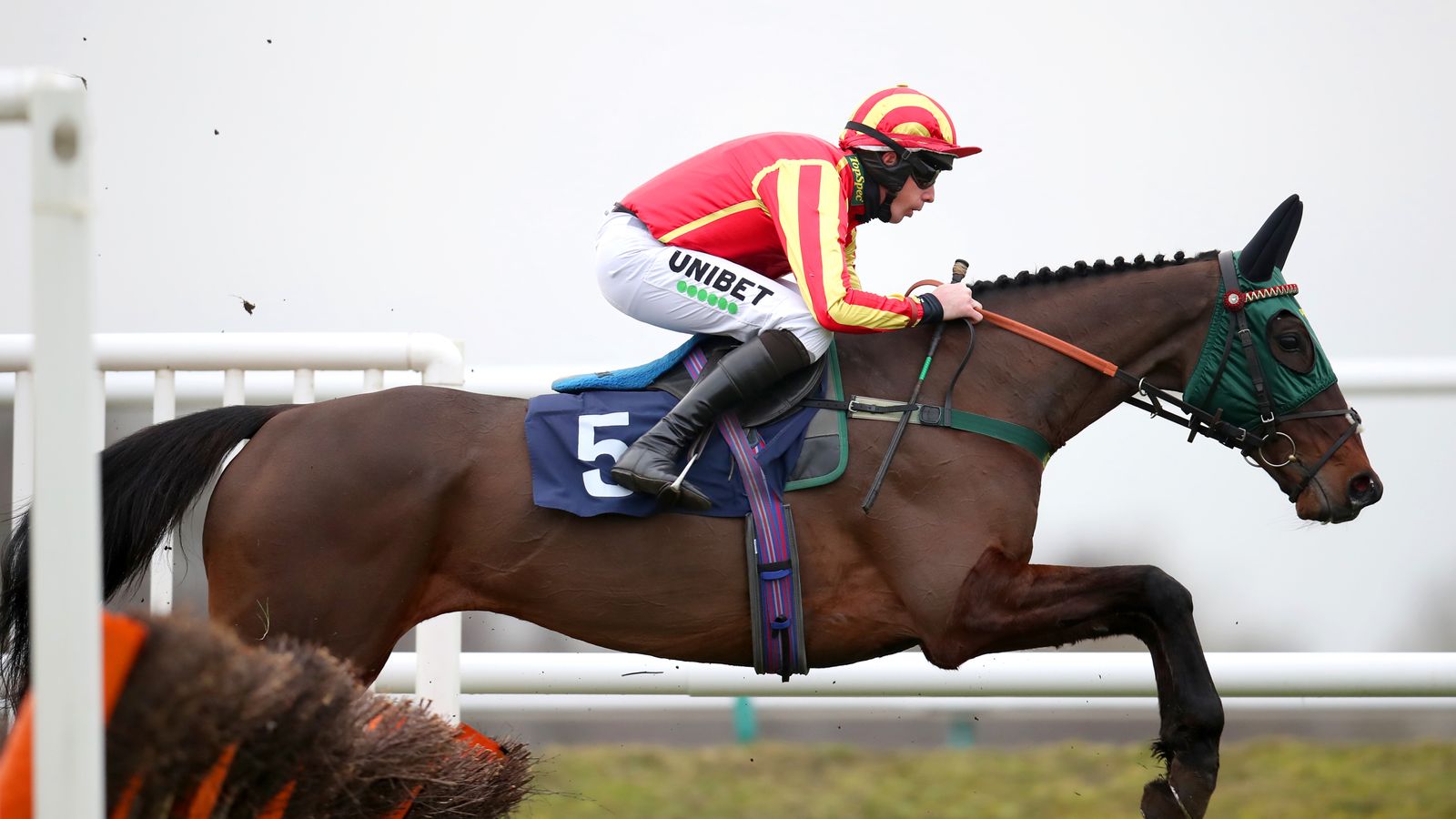 There is a double dose of jumping action on Sky Sports Racing on Tuesday as Lingfield and Hereford host competitive cards, featuring the return of a Grand National runner.

A high-quality field has been assembled for the feature Sharon Knapp Memorial Cup Handicap Hurdle (3.30) where top weight Top Ville Ben leads them to post.

Phil Kirby’s 10-year-old veteran was last seen failing to see out Aintree’s marathon contest in April but boasts winning form over the course and distance from January this year.

Champion trainer Paul Nicholls has his string in roaring form, striking at 40 per cent over the last 14 days, and runs Barbados Bucks under Bryony Frost.

Things did not go to plan over fences for the seven-year-old last season but he has since had a wind operation and a return to his 2020/21 form would make him dangerous in this field.

Philip Hobbs’ Stellar Magic is a likeable type who will welcome softer conditions and is unexposed at this longer trip of just shy of three miles.

Chris Gordon’s stable is in fine form and so is Hiway One O Three, who seeks a fourth consecutive win on return from wind surgery.

He takes on 10 rivals as he starts life over fences in the Terry Cornish Handicap Chase (2.00) from a mark of 104.

Art Of Illusion has previous experience over the larger obstacles and a winning one at that after being victorious at Plumpton last month.

Speaking of experience, Gallic Geordie has plenty under his belt, with four chase wins from 11 starts for Sam Drinkwater, including three times at Lingfield.

The six-year-old is making a speedy return to the track after scoring over the same course and distance just eight days ago.

Both Sheldon (Seamus Mullins) and Ridgeway (Dan Skelton) won last time out and add to a fascinating contest.

In the Jacksons Property Mares’ Handicap Chase (3.45), Miss Jeanne Moon will attempt to follow up on last month’s victory at Worcester for Neil Mulholland.

Watch every race from Linfield and Hereford live on Sky Sports Racing on Tuesday, November 8.