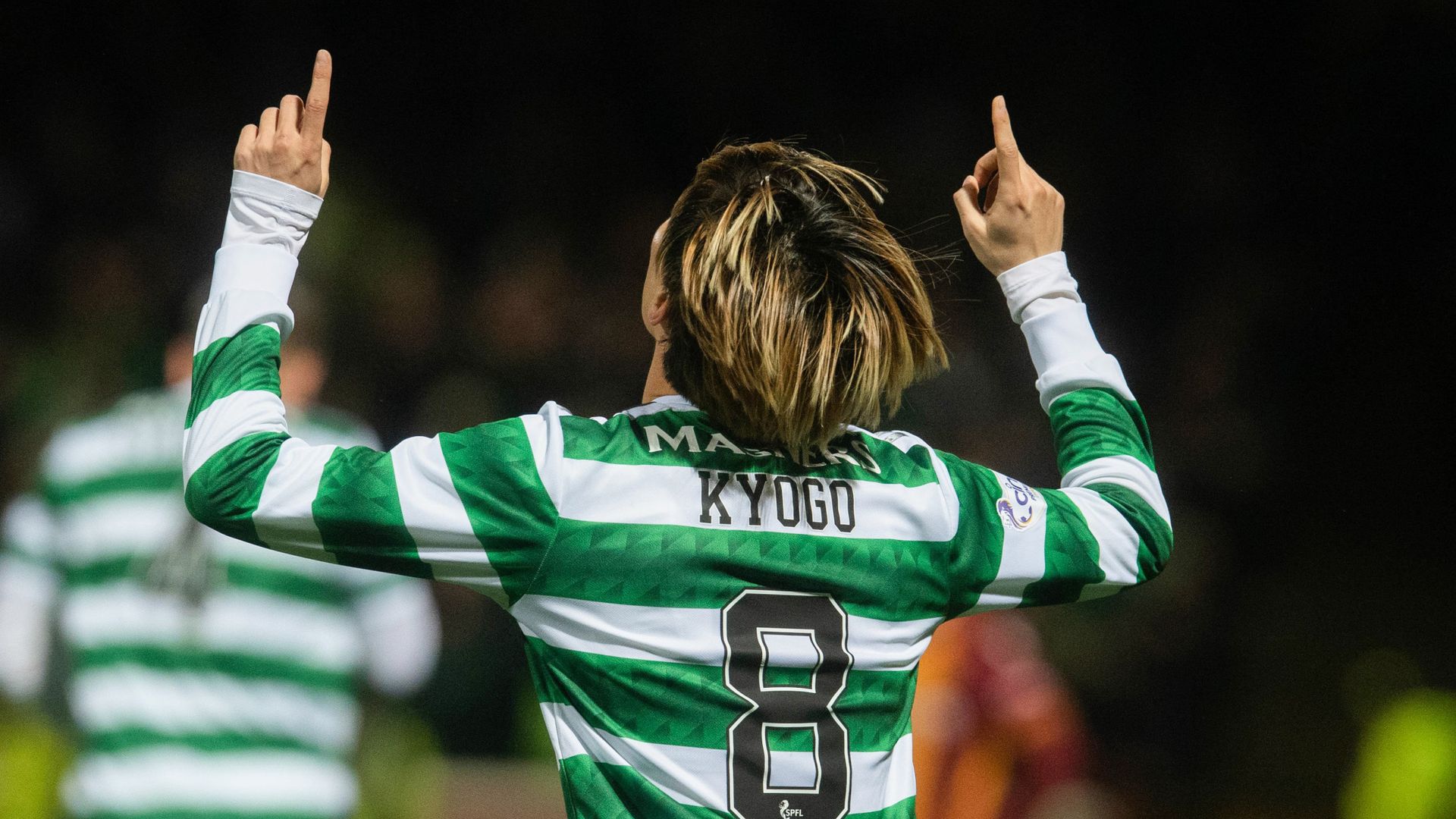 Celtic maintained their seven-point lead at the top of the Scottish Premiership with a hard-fought win over Motherwell at Fir Park.

Ange Postecoglou’s side eased to a 4-0 League Cup win in Lanarkshire in October, but were not as comfortable in this latest meeting.

Kyogo Furuhashi tapped in the opener in the 15th minute, with Jota’s wonder-goal disallowed for offside in the build-up.

The game looked over when substitute Daizen Maeda fired in with six minutes to play, only for Ross Tierney’s goal moments later to give the home fans hope of a late comeback.

Motherwell remain in ninth after failing to inflict Celtic’s first midweek league defeat since May 2016.

Motherwell were not opened up before conceding a soft goal in the 15th minute. Callum Slattery initially tracked back well and dispossessed Matt O’Riley but then dallied on the ball and the Celtic midfielder won it back with a sliding challenge. O’Riley drilled in a low cross which Furuhashi knocked home from inside the six-yard box.

The home side soon suffered another blow when centre-back Bevis Mugabi went down injured 21 minutes into his first start for three months. Sondre Solholm replaced him.

Celtic were dominant in possession in the first half but rarely got in behind. Jota shot not far over from long range and saw an effort spilled by Liam Kelly before the goalkeeper gathered, and O’Donnell produced an excellent sliding tackle to deny Reo Hatate after Liel Abada had played him through.

There was a glimpse of goal for Slattery when Greg Taylor inadvertently passed to him just inside the Motherwell half. The midfielder saw Hart off his line and attempted the spectacular, but was off target.

Van Veen had picked up what looked like a dead leg from a challenge by Cameron Carter-Vickers early on and he was replaced by Connor Shields at half-time. The hosts then lost Stuart McKinstry to injury, with Josh Morris replacing him.

O’Donnell had an effort held by Hart before Jota saw a goal disallowed for offside after Furuhashi had played the ball over the top.

Motherwell boss Steven Hammell made all five changes by the hour mark as he brought on attackers Louis Moult and Ross Tierney, and they were having plenty of the game, but did not make the most of several set-pieces.

Celtic substitute Giorgos Giakoumakis could not convert from eight yards after Jota took advantage of O’Donnell’s slip to set him up with a cross and the home side kept pushing for an equaliser.

Moult came so close when his glancing header from Matt Penney’s cross bounced over the bar, and O’Donnell powered a strike wide of the near post.

Morris was perhaps fortunate to escape with a yellow card from referee Willie Collum for a wild challenge on Carl Starfelt.

Celtic doubled their lead when Penney’s throw-in went straight to former Motherwell midfielder David Turnbull. The substitute played a perfect ball over the top and Maeda drilled an effort underneath Kelly.

The home side claimed there had been an infringement when Penney was taking the throw but Collum was not called to his monitor by video assistant referee David Dickinson.

Tierney pulled one back two minutes later when he ran on to Slattery’s lofted free-kick and volleyed home from 12 yards but Celtic saw out the win.

Celtic host Ross County in their final match before the World Cup on Saturday.

Motherwell are away to St Johnstone on the same day. Both games kick-off at 3pm.