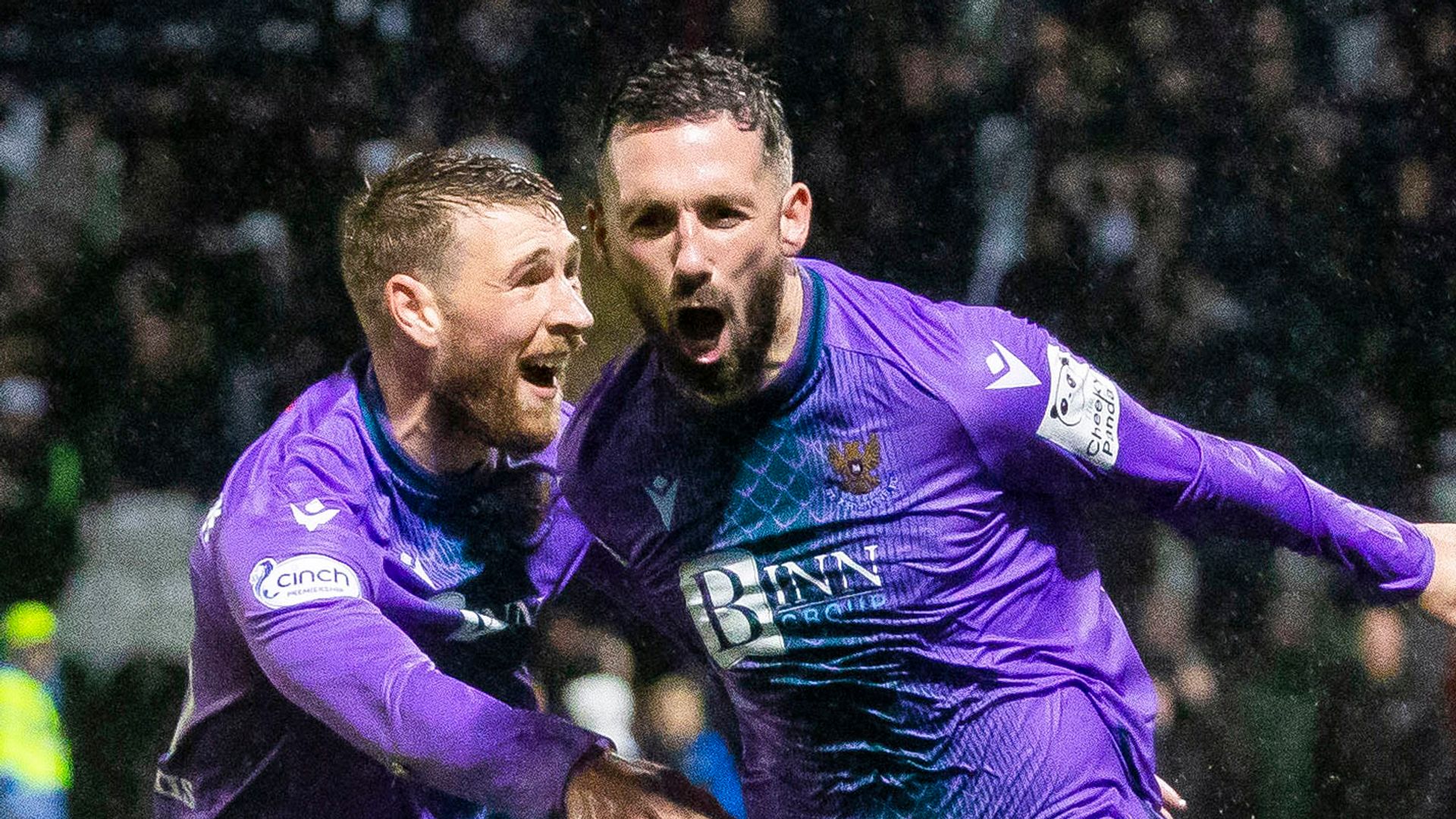 Mark O’Hara’s goal looked to have won the game for the home side but the visitors dug deep to net in the seventh minute of time added on.

St Johnstone had moved in front through a Graham Carey penalty after VAR had intervened.

Stephen Robinson’s men equalised late in the first half through Greg Kiltie before St Johnstone were reduced to 10 men when Alex Mitchell was sent off – another call influenced by VAR.

O’Hara made the visitors pay when he rifled in a shot from distance with nine minutes left only for Clark to deny the home side the victory late on.

St Mirren made three changes from the team that lost to Ross County at the weekend. In came Alex Greive, Scott Tanser and Kiltie, with Jonah Ayunga, Alex Gogic and Keanu Baccus dropping out, the latter a day after being named in Australia’s World Cup squad.

The home side threatened with the first real chance. Declan Gallagher’s long ball was gathered by Kiltie who teed up Curtis Main. The striker tried to curl an effort into the far corner but Matthews was able to save.

Main tried again just moments later but that effort was more comfortably gathered by the goalkeeper.

The former Motherwell man had the next opportunity as well. Greive’s tenacity created the opening and Main’s thunderous effort sailed narrowly over the bar.

But it was the visitors who took the lead after 33 minutes. Wright’s clipped ball struck Tanser on the arm and after a lengthy VAR check, referee Euan Anderson gave the penalty. Former St Mirren player Carey converted from the spot.

The home side equalised three minutes before the break. Ryan Strain’s cross was headed out only as far as Kiltie and his controlled volley found the corner of the net.

St Johnstone had the first chance of the second half, Clark sending a glancing header just over before they were reduced to 10 men after 62 minutes.

The referee initially deemed Mitchell’s challenge on Kiltie to be worth only a yellow card but he was called over to the screen and it soon became a red.

St Mirren tried to press home the extra-man advantage but Ayunga’s shot from distance cleared the roof of the family stand.

O’Hara showed him how to do it, however, with a stunning strike from outside the box that found the top corner only for Clark to outdo him with a spectacular acrobatic effort.

What the managers said 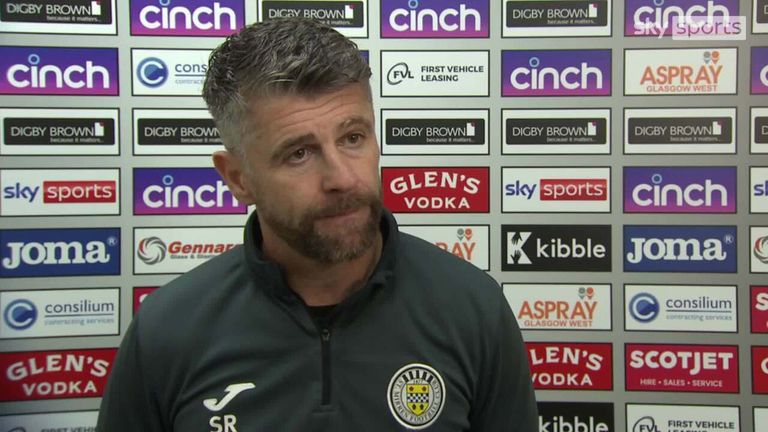 St Mirren boss Stephen Robinson was less than impressed with the amount of injury time added:

“I thought we were excellent all night in horrible conditions, we dominated the game and scored an absolutely cracking goal and deserved to win.

“Ultimately six minutes came from somewhere and I’m not sure where.

“We can’t control that, we can only look at ourselves. We’re disappointed but ultimately our start to the season is 20 points and I’ve been told that’s the best start in 30 years for St Mirren so we have to remember where we are and what we are.” 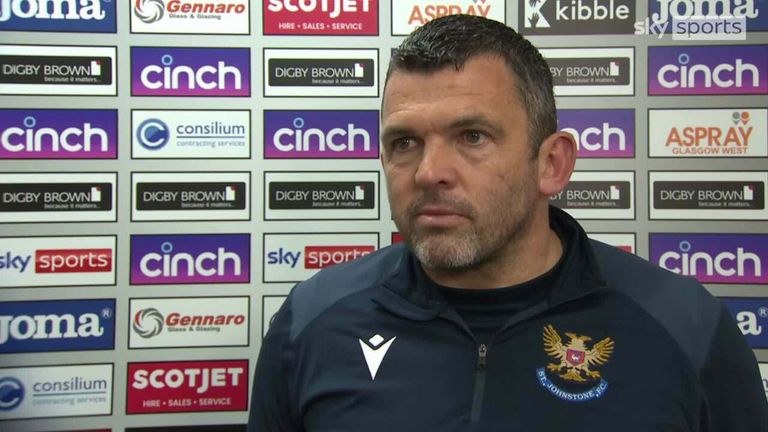 St Johnstone manager Callum Davidson was delighted to take a draw in Paisley:

“Tough place to come, I think their home form has been really good.

“My frustration was we didn’t put enough balls in the box to ask some questions.

“I finally got one in the 95th minute and we scored from it so overall delighted with the point.”

St Mirren host Rangers in their final match before the World Cup, live on Sky Sports Football. The match kicks off at 12.30pm Sunday.

St Johnstone’s final game before the break is at home to Motherwell. That kicks off at 3pm on Saturday.