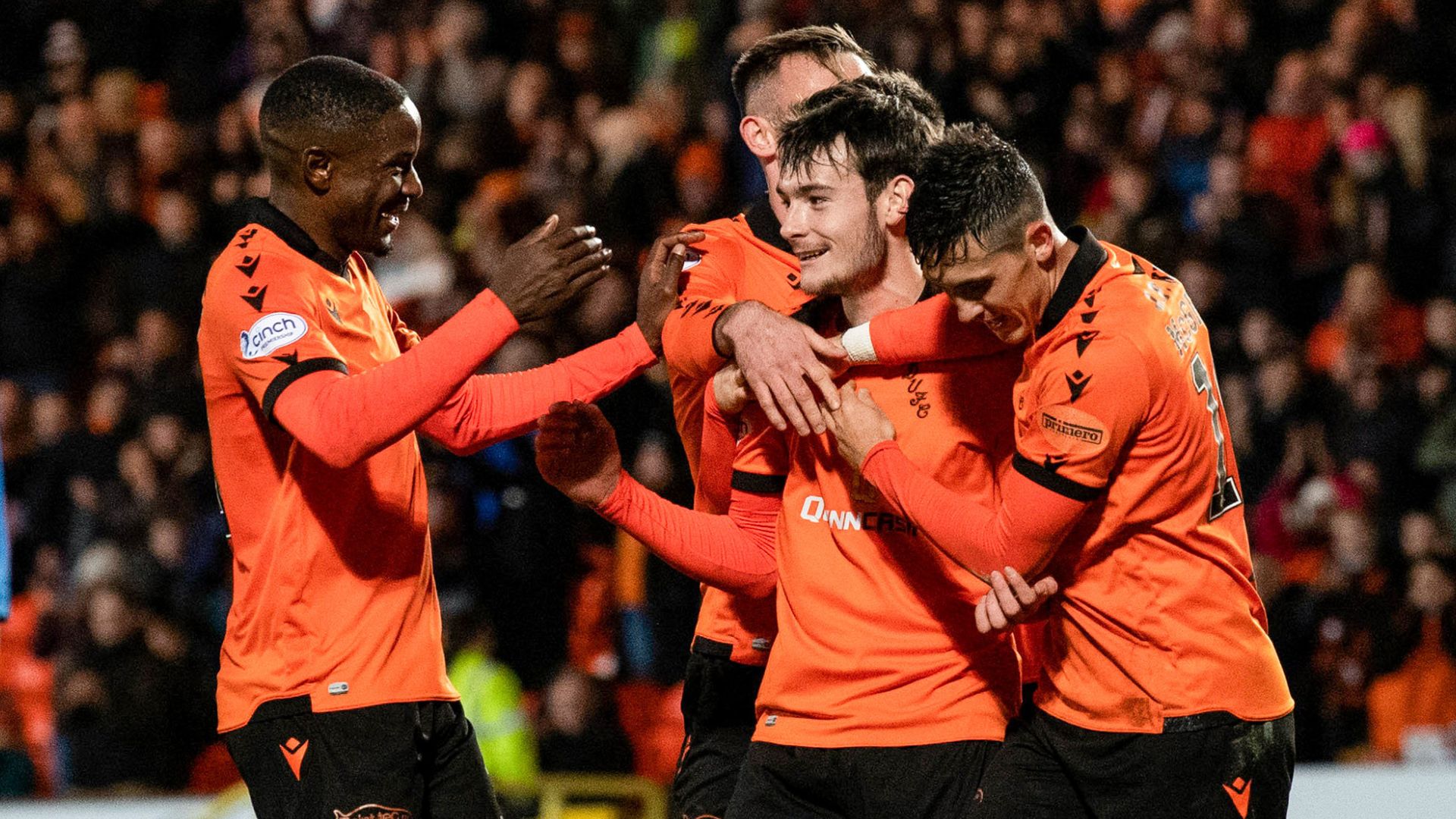 Dundee United hauled themselves off the bottom of the Scottish Premiership with a thumping 4-0 victory over Kilmarnock at Tannadice.

The Tangerines took a stranglehold on the game in the first half, netting through Kieran Freeman, Jamie McGrath and Glenn Middleton before hitting a fourth after the break with Dylan Levitt on the mark.

The result moves United up to 11th with the Ayrshire outfit now bottom on goal difference having lost three league games in a row.

The home side had the first opportunity of the game when a Freeman cross from the right made its way to Middleton but the winger’s stabbed effort was straight at Killie goalkeeper Zach Hemming who easily gathered. However, he was to be beaten in the 11th minute.

Ross Graham hit a long diagonal ball from inside his own half to the onrushing Freeman on the right side of the Killie box, with the full-back producing a low, angled finish past Hemming.

United continued to press and Aziz Behich produced a superb delivery from the left that flashed across the face of the Kilmarnock goal but there were no takers in a tangerine jersey.

But the home supporters did not have to wait long and they were celebrating the second goal in the 23rd minute.

McGrath flicked the ball onto Middleton with Hemming making a point-blank save from his shot. McGrath reacted quickest and followed up to rifle home the rebound.

Middleton did make it onto the scoresheet in the 29th minute. Liam Donnelly fouled McGrath 25 yards out and Middleton stepped up to hit a curling free-kick past Hemming at his right-hand post.

The changes almost paid immediate dividends as McKenzie crossed from the right with Cameron hitting the post with a header but United went down the tunnel at half-time with their commanding lead intact.

Killie huffed and puffed at the start of the second 45 without troubling United keeper Mark Birighitti.

The home side had a chance just after the hour mark but Kerr McInroy made a vital header to turn a dangerous cross behind for a corner with United’s Steven Fletcher waiting to pounce.

However, United scored their fourth in the 73rd minute with McGrath cutting the ball back from the right to Levitt on the edge of the box and the Wales international produced a low, clinical finish.

Dundee United are away to Aberdeen in their final match before the World Cup while Kilmarnock host Hibs.

Both games kick-off at 3pm on Saturday.