Malan, Wood racing to be fit for semi-final 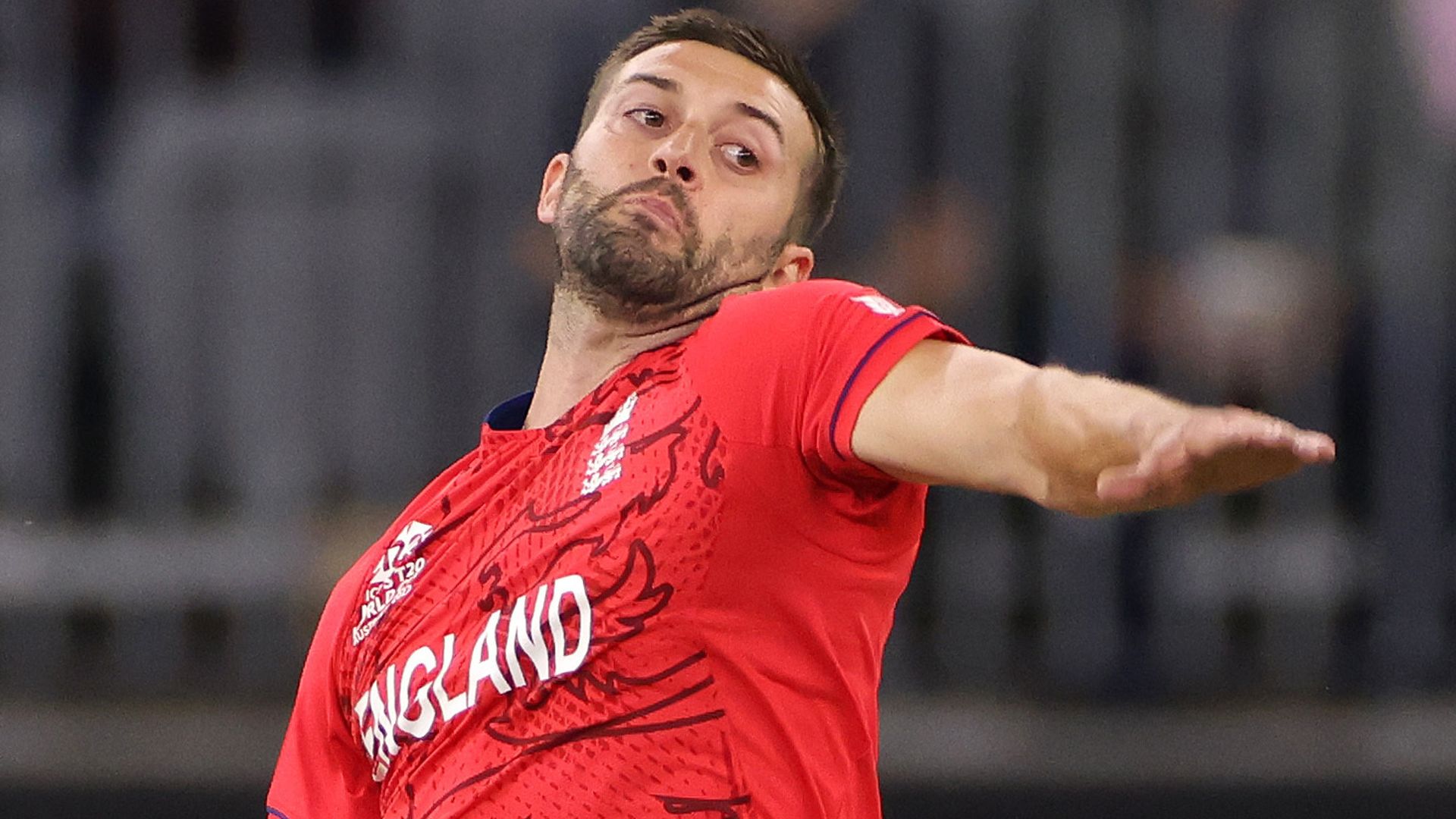 England will give Dawid Malan and Mark Wood “as long as possible” to prove their fitness ahead of a crunch T20 World Cup semi-final against India in Adelaide.

Malan tweaked his left groin in England’s final Super 12s group match against Sri Lanka on Saturday and Wood has pulled up with general stiffness in his upper legs in the last couple of days, putting question marks over their availability for Thursday.

Skipper Jos Buttler offered little in the way of an update on either Malan or Wood at his pre-match press conference but the England captain did reveal they will likely make a late decision on the pair.

“We will see how they pull up,” Buttler said. “We trust the medical team, we trust the two guys as well. We will give them as long as possible. “You need guys to be fit to participate in the game. I think in all sports you have players that don’t always play at 100 per cent but of course you have to be able to fulfil your role in the team.”

The duo performed a few shuttle runs on the Adelaide Oval outfield at Wednesday’s practice, while Wood bowled around a dozen balls towards the end of nets without looking like he was at full tilt.

Wood has been the fastest bowler on show at this tournament, averaging 92mph and touching 96mph on occasion, and he would be expected to have a key role against India’s star-studded batting line-up.

He seems more likely to play than Malan, England’s number three batter who was seen having a couple of gentle throwdowns with head coach Matthew Mott as the net session wound towards a close.

England have selected the same XI in each of their four tournament fixtures so far but if Malan is ruled out then Phil Salt seems the most obvious candidate to step into the breach at first drop.

Salt has impressed the England hierarchy with his attitude on this trip – as well as the preceding tour to Pakistan – even though he has been among those kicking their heels on the sidelines on matchday.

But if he is selected for his first appearance of England’s campaign, Buttler is convinced his Lancashire team-mate will be able to handle the magnitude of the occasion.

“He has a fantastic mindset, especially for the T20 format, he certainly doesn’t fear anyone and is someone who wants to get on the front foot and take the game on,” Buttler said.

“He embodies quite a lot of what we speak about as a team and how we ask guys to play. Certainly I wouldn’t expect to see anything else from him if he gets the chance to play.

“He’s certainly someone who’s not going to shy away from an occasion, I feel like he’s someone who will definitely take it on.

“We have some fantastic players who have not yet played in the tournament and they will be desperate to make their mark if given a chance. I have full faith in every member of our squad.” 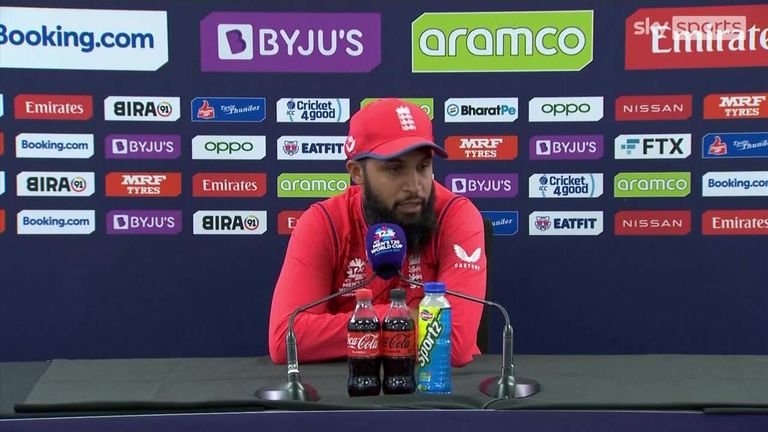 Atherton: Wood absence would be big blow for England

“Mark Wood hasn’t bowled for a couple of days in practice, and is feeling a little sore,” Sky Sports Cricket’s Michael Atherton said from Australia.

“It was noticeable to see Phil Salt have a long, long bat in the nets. So I wouldn’t be surprised to see him replace Malan, and if Wood can’t play, that’s a blow for England.

“Again it was noticeable to see [Chris] Jordan and [David] Willey in particular bowling yorkers in the net.

“It would be a blow [Wood’s injury]. When you’re constructing a bowling attack for T20, you’re trying to create as much variety as you can.

“Wood is a key component of that, and he’s bowled extremely quickly.

“There’s a lot of talk about Suryakumar Yadav ahead of the game, and you’d think that [Wood vs Yadav] would be a key contest, because Wood often bowls in the middle overs. Once SKY comes in, you’d think Wood would have a crack at him straight away.

“So it would be a blow for England.”

Rohit Sharma downplays expectation on India ahead of semi-final

Rohit Sharma attempted to downplay the expectation on his India side ahead of their T20 World Cup semi-final against England, insisting the outcome will not define reputations.

India’s record at this tournament since being crowned inaugural champions in 2007 is surprisingly modest as they have reached the final on just one out of the past six occasions.

They suffered a shock group stage exit in the United Arab Emirates last year but can banish those memories by beating England at Adelaide on Thursday, and then Pakistan or New Zealand at the MCG on Sunday.

While India are viewed as slight favourites to reach the marquee match, Sharma feels his legacy and that of vaunted team-mates such as Virat Kohli cannot be washed away by what happens in the next few days.

“There’s only one opportunity to do well in a knockout game,” said the captain. “But for the players, what they’ve done in their entire career doesn’t define them by just one knockout game.

“The entire year you work so hard to get where you want to and to do well in whichever format you play. So that one particular game is not going to decide that.

“Knockout games are important, and if you do well it gives you that immense confidence. But we do not forget what has happened in the past, what the players have done in the past.

“To be here at this point in time, we can take a lot of credit and pride in where we have come.” India defeat Bangladesh by five runs, helped by a Virat Kohli 64 with the bat in the T20 World Cup

India have had to make do without star fast bowler Jasprit Bumrah during their campaign due to a back injury but left-armer Arshdeep Singh has been a revelation with 10 wickets in five matches.

Kohli currently leads the tournament run-charts while Suryakumar Yadav is not far behind and boasts an astronomical strike-rate of 193.96, with three half-centuries to help India top their Super 12s group.

India walked away from England in the summer with 2-1 wins in both T20 and ODI series. While they lost the most recent T20 meeting at Trent Bridge in July, India did field a weakened bowling attack.

“In the back of our mind, yes, we can have that confidence knowing that we did pretty well against them,” said Rohit. “But we just need to start fresh and think about the game with a fresh mind.

“We can’t go into the game thinking that we’ve beaten this team and it can happen again just like that.

“These guys are quite dangerous. They’ve played some really good cricket in the tournament, which is why they’re here, so we’ve got to be at our best to win the game.”

Watch England vs India in the T20 World Cup semi-final live on Sky Sports Cricket on Thursday (7am build-up ahead of an 8am start).