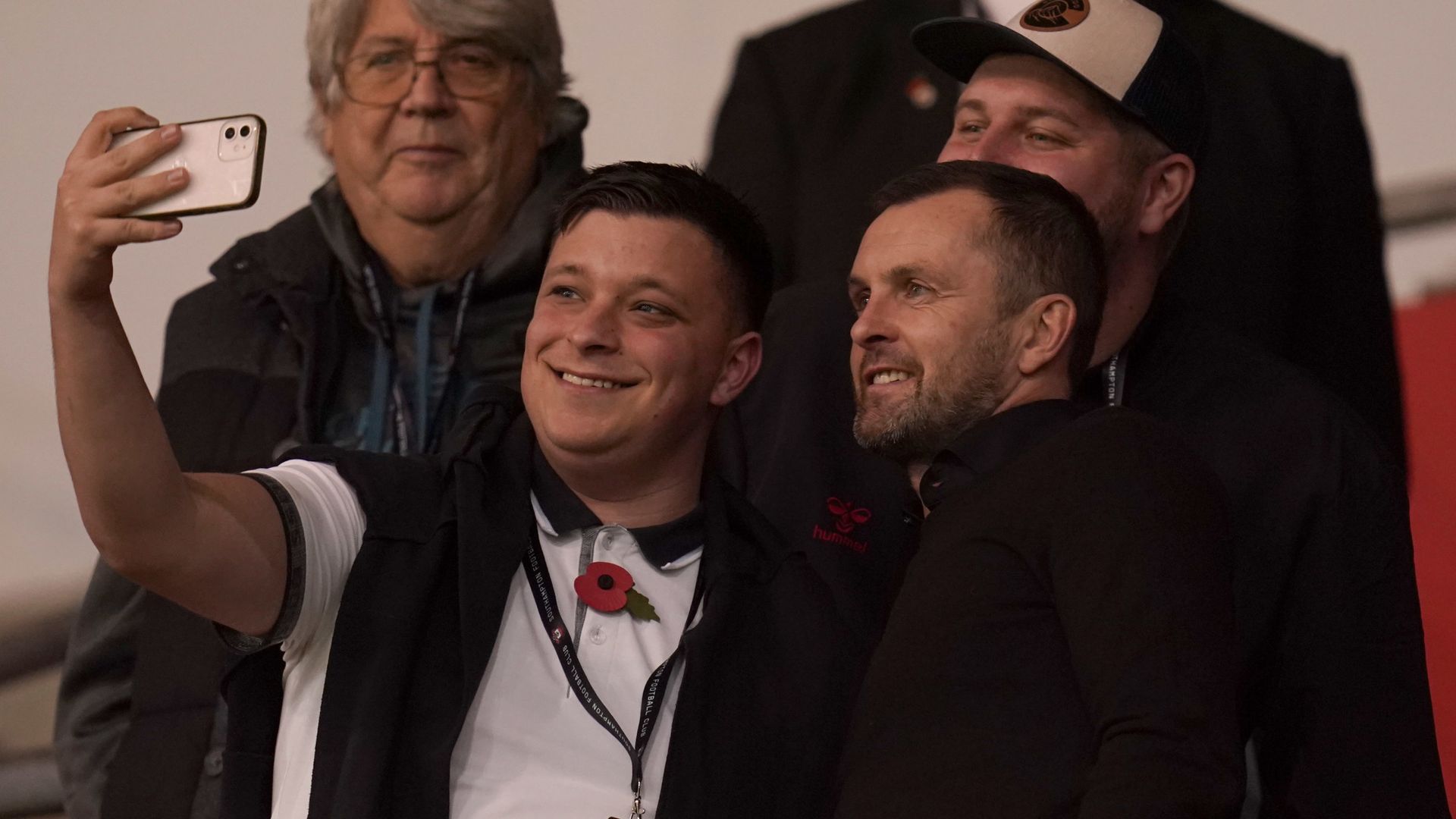 Incoming Southampton manager Nathan Jones watched on from the stands at St Mary’s as his prospective new side scraped past Sheffield Wednesday on penalties to reach the Carabao Cup last 16.

On a night a deal was agreed with Luton boss Jones to replace the sacked Ralph Hasenhuttl, a much-changed Southampton team – under the guidance of first-team coach Ruben Selles – came from behind to progress to the next round.

Sheffield Wednesday, who sit third in League One after 17 games, were a threat throughout the opening 45 minutes and deservedly took the lead through Josh Windass (25), but James Ward-Prowse’s penalty in first-half stoppage time (45+2) after Moussa Djenepo was tripped in the box got Southampton back on level terms.

The hosts improved after the break but couldn’t find a winner in normal time. Substitute Stuart Armstrong came closest but his long-range effort minutes before the final whistle smashed against the crossbar.

The tie went to penalties and it was Southampton who kept their nerve. Dominic Iorfa saw his spot-kick saved by Alex McCarthy as the Premier League side won the shootout 6-5 to go through.

Southampton will find out who they will face in the last 16 on Thursday. The draw follows Manchester United vs Aston Villa, live on Sky Sports Football and Sky Sports Main Event from 7pm.

Nathan Jones is likely to take charge of Southampton for the first time on Saturday when they travel to Liverpool in the Premier League in their final game before the World Cup; kick-off 3pm.

Sheffield Wednesday, whose League One season continues during the winter tournament, make the trip to Accrington Stanley on Saturday; kick-off 3pm.