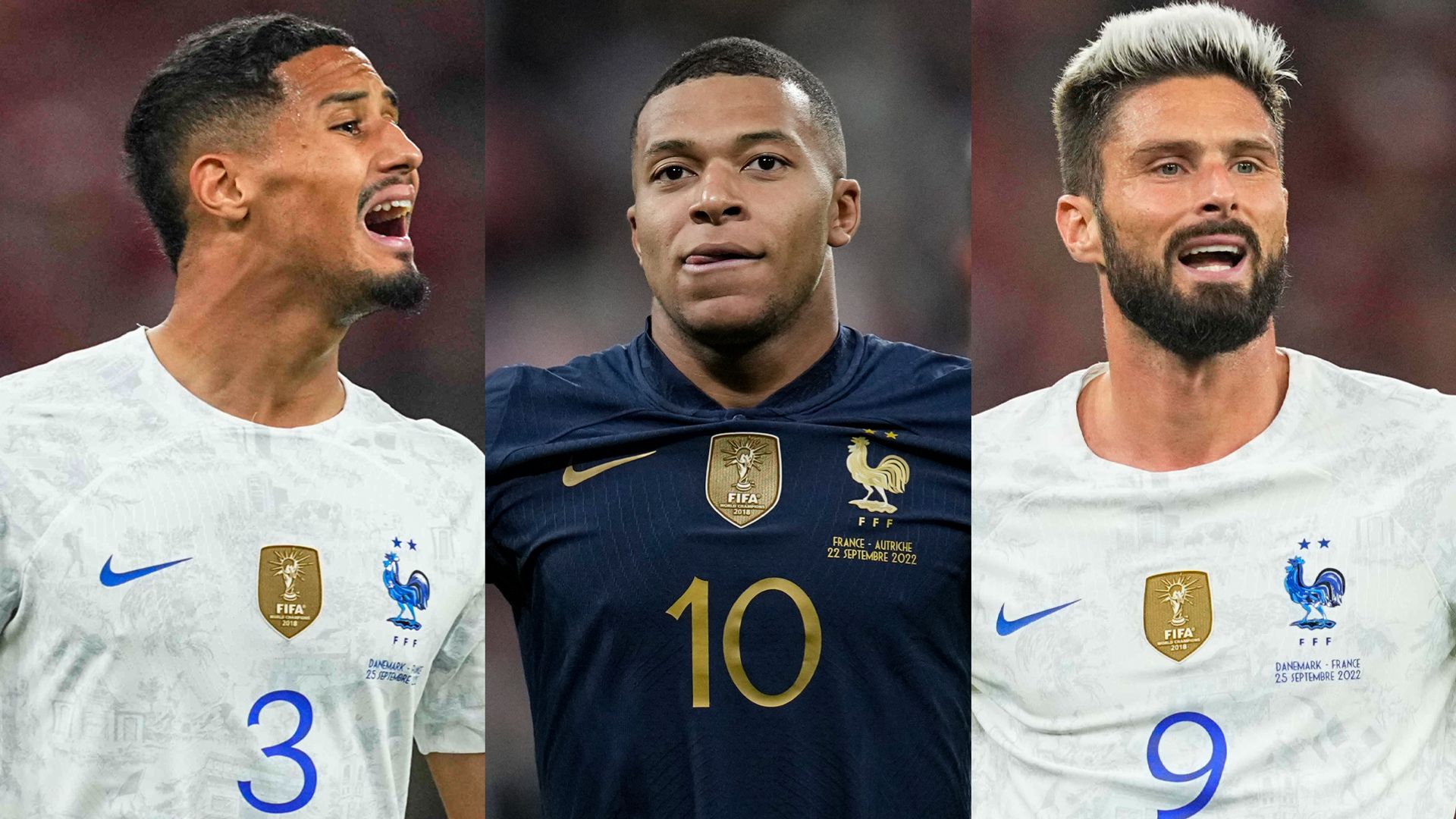 France have named William Saliba, Ibrahima Konate and Olivier Giroud in their World Cup squad with Didier Deschamps only electing to name 25 players for the tournament.

Manchester United defender Raphael Varane is also selected in the reigning World Cup champions’ squad despite tearing his hamstring in a draw at Chelsea two weeks ago.

Goalkeepers Hugo Lloris and Alphonse Areola join Saliba, Konate and Varane as the only Premier League-based players in the France team.

Arsenal’s Saliba has enjoyed a breakthrough 2022 year with the Gunners this season and on loan at Marseille last term, while Giroud has been in and out of France’s squad this calendar year due to the heavy competition up front that includes Kylian Mbappe, Antoine Griezmann and Karim Benzema.

But the 36-year-old has been rewarded for a positive start to the season in which he has scored nine goals in 18 matches for AC Milan in Serie A and the Champions League and could become France’s all-time top scorer in with the former Arsenal striker just two goals behind Thierry Henry’s record of 51.

Meanwhile, Konate’s inclusion in Les Blues’ team is a surprise given he has only been capped twice by France and has featured in just four matches in all competitions for Liverpool this season.

Aston Villa’s Boubacar Kamara returned from a long-term injury in time for the tournament but he has not been named in the team alongside his club team-mate Lucas Digne.

Marseille duo Matteo Guendouzi and Jordan Veretout have been preferred to Kamara with Aurelien Tchouameni, Eduardo Camavinga, Adrien Rabiot and Youssouf Fofana the other midfielders in the squad.

There is also no place for Leeds United goalkeeper Illan Meslier in the team despite some recent good displays for Jesse Marsch’s squad. Veteran goalkeeper Steve Mandanda, 37, joins Areola as back-up to captain Lloris.