Shrewsbury hit back for a point against Oxford 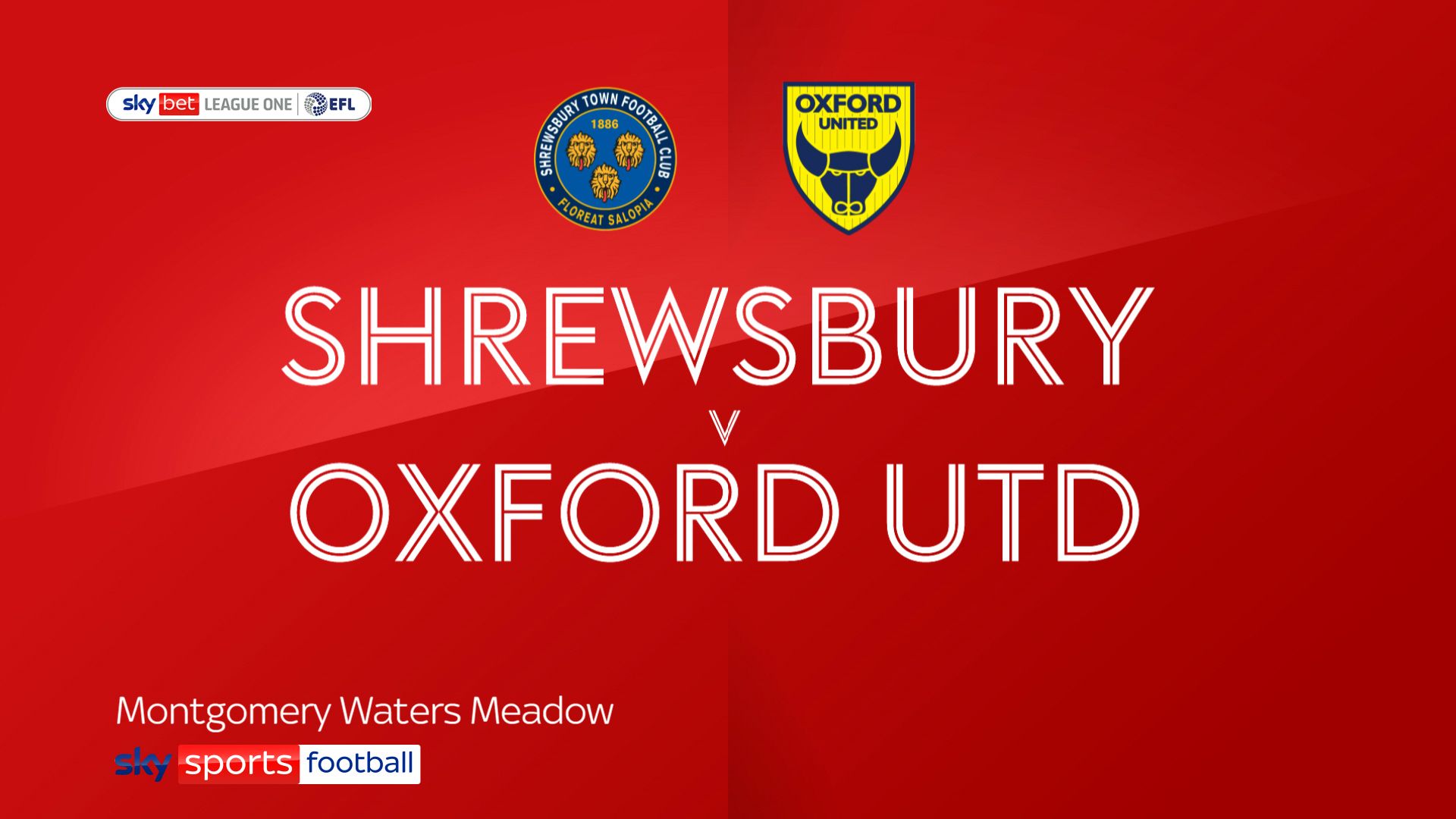 Matt Pennington’s third goal of the season earned Shrewsbury a point as they came from behind to draw 1-1 with Oxford United.

Cameron Brannagan had put the visitors ahead in the first half with his sixth league goal of the campaign but Pennington’s header was enough to haul Steve Cotterill’s men into the top 10 in Sky Bet League One.

The full-blooded encounter also saw Oxford’s on-loan Swansea striker Kyle Joseph taken off on a stretcher in the first half.

Karl Robinson’s men were ahead on 15 minutes when Chey Dunkley rebuffed Brannagan’s first effort, but the midfielder’s second cannoned off a U’s defender and beyond goalkeeper Marko Marosi.

Simon Eastwood had to be at his best to deny Rob Street before the Oxford goalkeeper sprawled to his right to deny Luke Leahy what appeared to be a tap-in with 25 minutes left.

But from the resulting corner, Leahy headed Tom Bayliss’ corner back across goal and former Everton defender Pennington was on hand to head home and secure a deserved point for the Shropshire side.