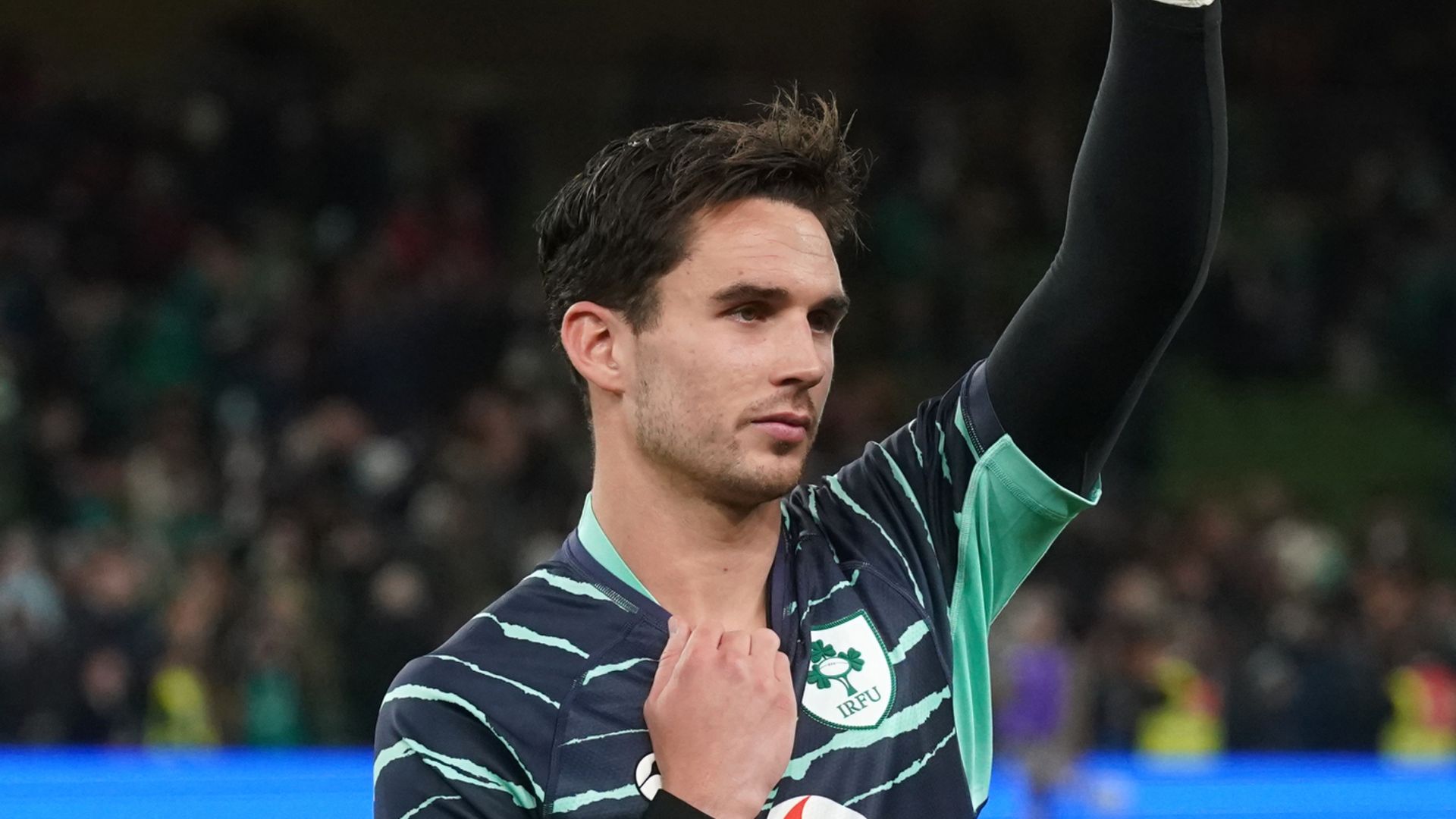 Joey Carbery will start at fly-half for Ireland, with captain Tadhg Furlong joined by debutant Jeremy Loughman in the front-row against Fiji.

Loughman is one of three uncapped players in the matchday squad as head coach Andy Farrell makes nine personnel changes to the starting XV that faced South Africa last weekend.

Cian Prendergast and Jack Crowley are named on the bench as lock and out-half cover respectively and will make their Test debuts if they take to the field in Dublin.

Furlong, named as captain earlier in the week, is the 109th player to lead Ireland and will make his 62nd Test appearance in green on Saturday afternoon. Ireland’s usual captain Johnny Sexton is not included in the squad.

Centre Robbie Henshaw has been restored after overcoming the hamstring issue which forced him to miss last weekend’s game and he will partner Stuart McCloskey, whose appearance against South Africa was cut short by an early arm injury.

Leinster’s Jimmy O’Brien has been given the chance to shine at full-back following his impressive cameo deputising in midfield for McCloskey.

Alongside Sexton, vice-captain James Ryan, Ireland player of the year Josh van der Flier, Peter O’Mahony, Andrew Porter and Hugo Keenan have all been rested. Scrum-half Conor Murray has been ruled out after sustaining a groin problem.

Ireland will be going in search of an 11th successive win at the Aviva Stadium.

Furlong: Captaincy will be class

Earlier this week, Furlong said it will be “class” to captain Ireland for the first time after declaring himself fit for the showdown with Fiji.

Prop Furlong was one of three Irish players forced off by injury against South Africa but has overcome the ankle issue to retain his place. He has not captained a side since his days with Ireland U18s.

“I never even thought of it,” the 29-year-old said about leading his country at senior level.

“It could be my only time! Obviously I didn’t know if I would be playing or not, Faz (Andy Farrell) said it to me on Monday, ‘would you skipper the team, if you’re fit and ready to go?’, so of course.

“It’s class, it’s class, it’s not something I ever thought was on my radar. To get an opportunity is special, you know? I just want to make the most out of the weekend.”

Asked about his ankle, he replied: “It feels good, thankfully, I’m good to go.”