Gasly: Possibility of race ban is unpleasant and embarrassing 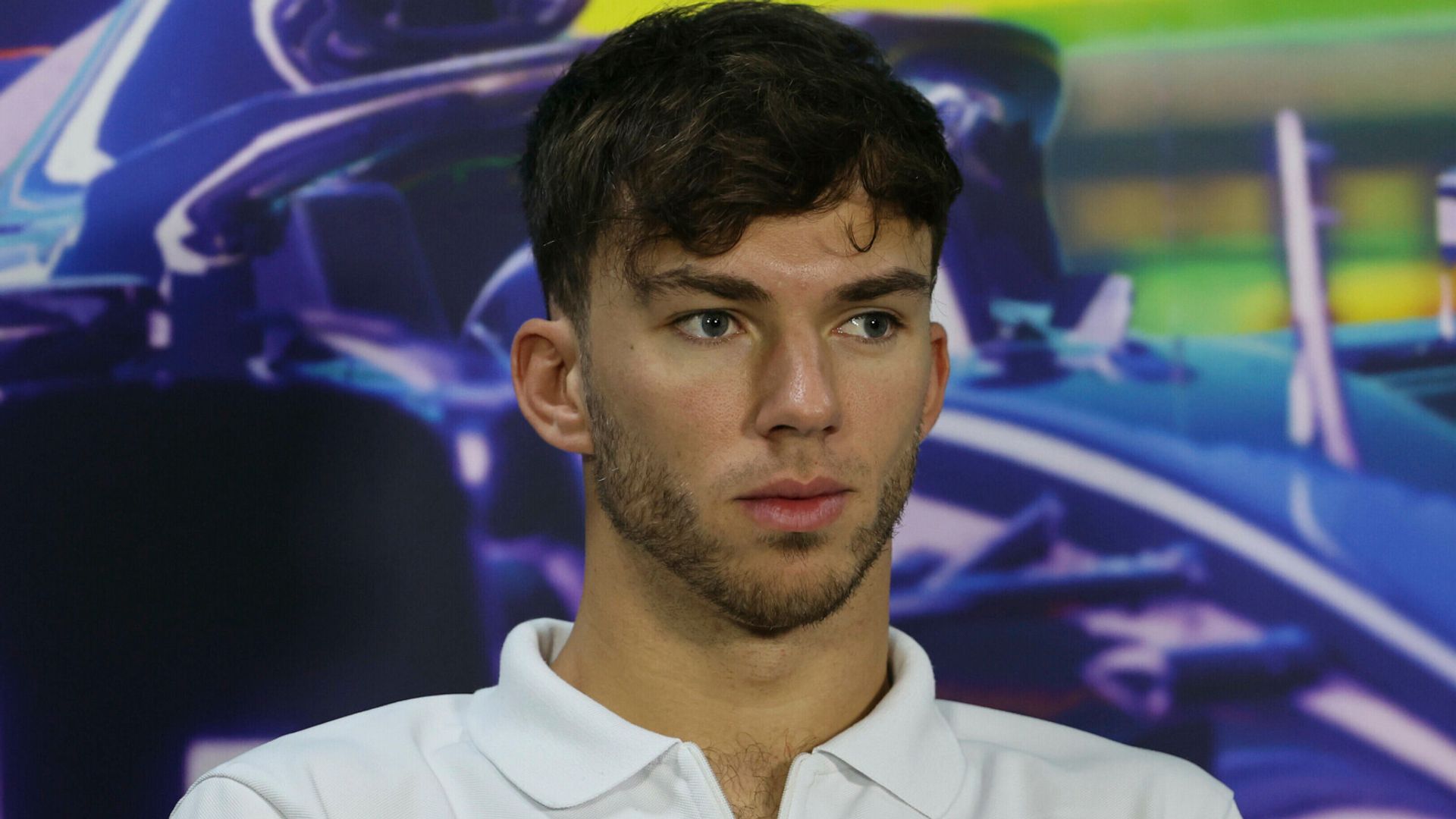 Pierre Gasly has amassed 10 penalty points to leave him two short of the 12-point limit, which triggers a one-race ban if reached; Gasly and several other drivers say his offences do not merit a ban; watch the Sao Paulo GP live on Sky Sports F1 this weekend 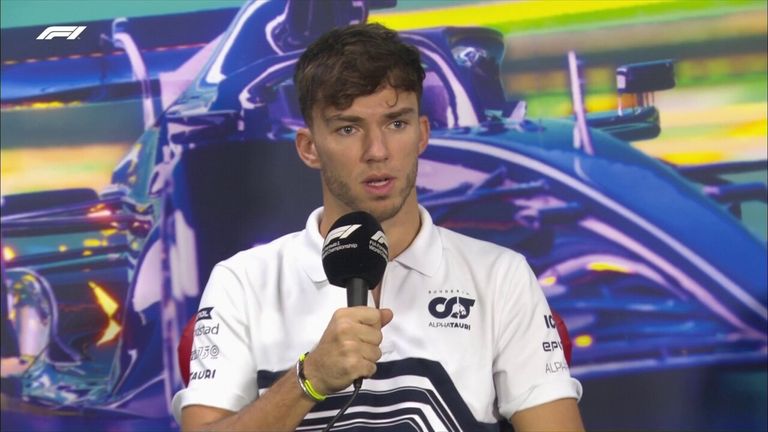 Pierre Gasly has urged the FIA to change regulations that have left him on the brink of receiving a race ban for breaching Formula 1’s penalty point limit.

Gasly reached 10 penalty points for the season at the Mexico City Grand Prix, leaving the AlphaTauri driver just two short of the 12-point limit, which triggers a one-race ban if reached.

Penalty points do not drop off a driver’s licence until a year after they were given, meaning that this weekend’s Sao Paulo Grand Prix is the first of nine races – spanning across this season and next – that Gasly will have the possibility of the ban hanging over him.

The Frenchman, who will move to Alpine at the end of the season, is adamant the offences he has committed are not significant enough to merit the very rare implementation of a race ban.

“I’m not going to lie, it’s a very unpleasant situation and quite delicate, in some ways a bit embarrassing to be standing in a position where I could be banned for a race after the season that I’ve done,” Gasly said on Thursday in Brazil.

“I don’t really feel like I’ve been particularly dangerous over these last 12 months and that would definitely be a harsh penalty.” 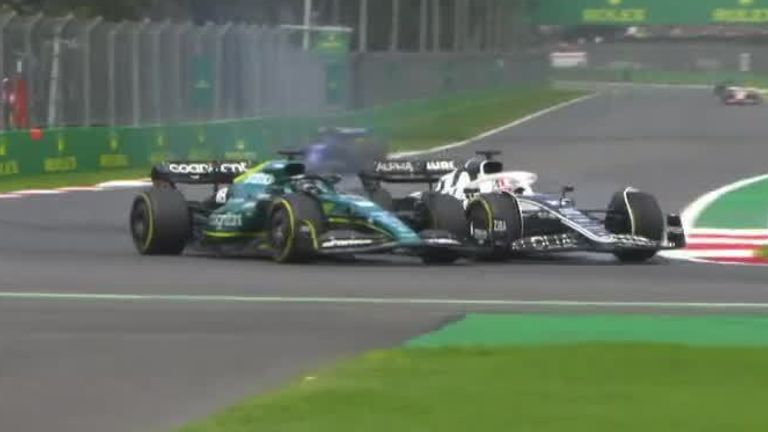 Otmar Szafnauer, who will be Gasly’s boss next season, has joked that his incoming driver should commit a “tactical foul” in Brazil to ensure he serves the penalty with AlphaTauri, but the Alpine team principal more seriously suggested the possibility of the Frenchman attending a class that would result in points being cleared.

Gasly is adamant that he shouldn’t have to miss a race for either his current or future team.

“Obviously, there’s a lot at stake because no-one knows what’s going to happen in 2023, I could end up in an amazing car fighting for the championship for example. I can’t take the risk to then lose all my hopes for the championship. So, it’s a very tricky situation. 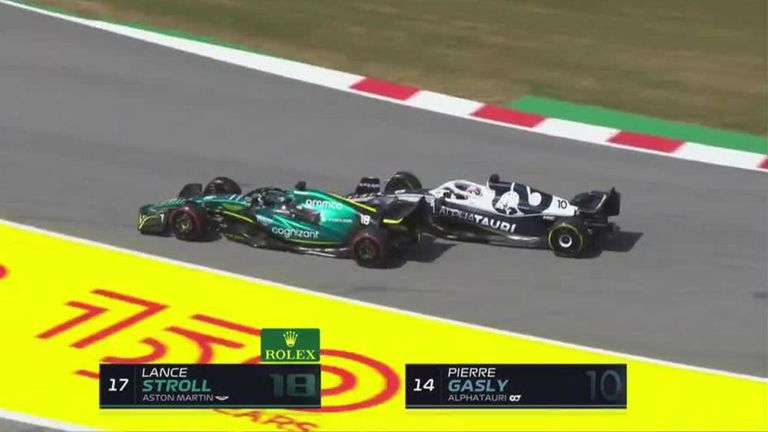 “I’ve been discussing it quite a lot with the FIA to try and find solutions because the way the regulation is written at the moment, it’s quite strict on the drivers and quite harsh penalties even though it’s not always related to dangerous driving.”

“We’re going to have more conversations today and I do hope we can find solutions out of the weekend to avoid ending up in a silly situation where I’ll be banned for a race. That would be terrible for myself and definitely not the way that I’ve seen the sport growing up, I don’t think that’s the correct approach.”

How did Gasly incur penalty points?

Gasly’s most notable offences in amassing his 10 penalty points have been for causing collisions, the first of which was with Lance Stroll in Spain in May.

Another collision, this time with Stroll’s Aston Martin team-mate Sebastian Vettel, followed in Austria in July, with each incident resulting in a two-point penalty. Gasly incurred a further one-point penalty for exceeding track limits in Austria.

He was then involved in a major controversy at the Japanese GP in October as he was penalised for going too fast under a red flag, with the incident occurring while a recovery vehicle had been prematurely sent on track in wet conditions.

Gasly would later say that he had feared for his life because of the presence of the vehicle, but was criticised by the FIA in a review of the race.

Another two-point penalty followed at the United States Grand Prix after Gasly failed to stay within 10 lengths of the car in front under Safety Car conditions.

The Frenchman then reached 10 penalty points at the Mexico City GP following another incident with Stroll, in which he was adjudged to have forced the Aston Martin off track.

What do the other drivers think?

Mercedes driver George Russell, who is president of the Grand Prix Drivers Association, was one of several drivers to speak out in Gasly’s defence on Thursday.

I think the penalty doesn’t fit the crime, let’s say, especially in Pierre’s case. I think he’s got some for safety car infringements, or incidents in practice sessions. If anything were to result in a race ban, it needs to truly be for something pretty reckless and dangerous.

I personally don’t associate Pierre being a reckless or dangerous driver. It’s actually something we spoke about earlier in the year around Barcelona after some drivers picked up penalty points for a nothing of an incident.

I hope he gets away with not getting a race ban because he certainly doesn’t deserve one. And if somehow he does manage to get 12 penalty points, there needs to be some exemption because the rules aren’t in the right place at the moment in that regard.

Definitely they (the FIA) have expressed to us that they’re going to have a conversation in the off-season and review all of this.

I think in sport you need to be able to adapt. You do have these regulations in place, and it only takes one incident to recognise maybe that regulation isn’t quite right and we need to have the capability to change things or take penalty points afterwards if we all agree that it was incorrect.

I’m quite high up there as well (in terms of penalty points). I completely agree with Pierre.

Just to give some context to it, I think I have three points on my licence down to track limits, which is something that’s not dangerous at all, I’m not harming any other driver or myself in that situation.

I think I’ve got another two points in relation to a collision with Lance Stroll in Jeddah which at the end of race, as drivers we deemed that it wasn’t my fault. So, there are a lot of points on my licence which I don’t think are deserved.

We are discussing about it; I think there is going to be a change.

Firstly, we’ve already got the points on our licence so what happens then? Even if we do make steps forwards into next year, do the points that we’ve got from previous years and races stay on?

I think there’s already been discussions. I think it’s better to keep it internal, but my understanding is that some changes will be made for the future.

For sure, some of the things these guys have been getting the points for are not dangerous at all. They (points) should only be given when they’re really dangerous and (in situations) that can be harmful to somebody else on track.

I think we will see progress being made but I don’t think Pierre deserves to be in that kind of situation on the edge. That’s the rule now but the main thing is how we act in the future.

I feel like there are things that are not even related to his driving and we get points for that. When it’s not related to bad driving or mistakes, there shouldn’t be a penalty. It will be really bad if he ends up losing a race for that.