Hamilton credits Verstappen for ‘amazing job’ | ‘He can be proud’ Lewis Hamilton has praised Max Verstappen for doing an “amazing job” to win the 2022 world championship; Verstappen has won a record 14 races during a dominant campaign; watch the Sao Paulo Grand Prix live on Sky Sports F1 this weekend, with qualifying on Friday at 7pm 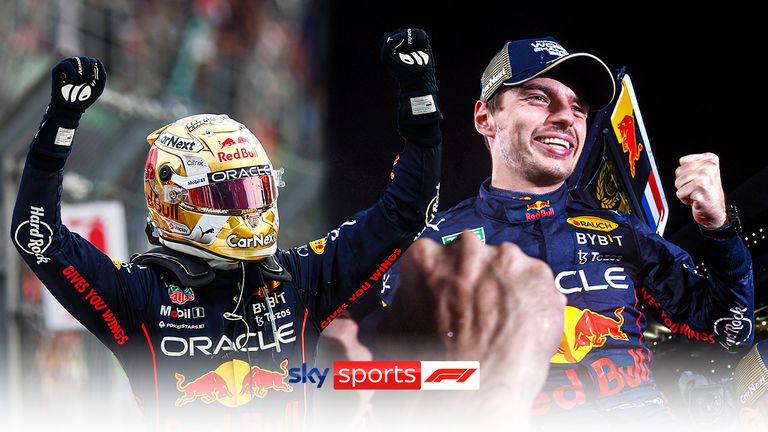 Lewis Hamilton says Formula 1 world champion Max Verstappen can be “proud” of the “amazing job” he has done during a dominant 2022 campaign.

Verstappen claimed his maiden world championship last year after controversially edging out Mercedes’ Hamilton in the final race of the season after a titanic battle between the pair, but the Red Bull driver has had things all his own way in 2022, sealing the title with four races to spare.

Since claiming the title in Japan in October, Verstappen has added further victories in Austin and Mexico City, with the latter taking his tally for the campaign to 14 and setting a new record for the most wins in a season, while Red Bull have also ended Mercedes’ eight-year streak of constructors’ titles.

“I can’t say that I’ve had time to study every aspect of what Max has done this year, but I think he’s done an amazing job,” Hamilton said on Thursday ahead of this weekend’s Sao Paulo Grand Prix.

“He’s done everything that he had to do.

“The team provided him with an amazing car and he’s delivered pretty much every weekend.” 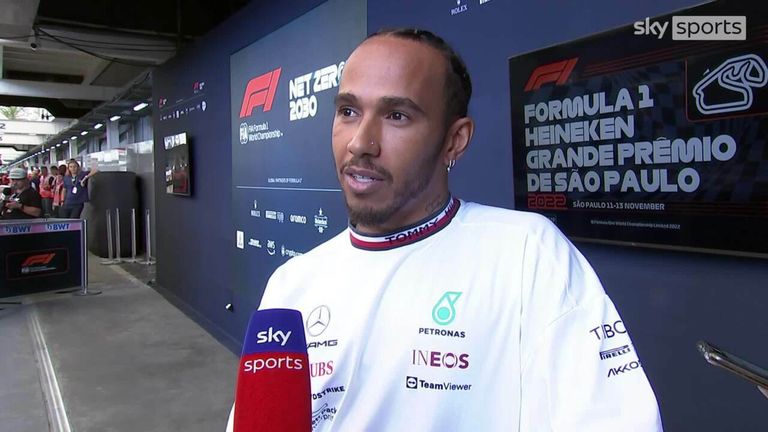 Seven-time world champion Hamilton has at times had a frosty relationship with Verstappen, particularly as they battled for the 2021 title, but the Brit offered warm praise on this occasion.

“He can be proud of the job that he’s done,” Hamilton said. “I know what it feels to be in a position like that.

“He’s got a chance to win more races, the next two races, so he could take that record that he’s now taken even further if we can’t stop him, or Ferrari can’t stop him.

“There’s not really much more to say, he’s done a great job.”

After a terrible start to the season following the introduction of new design regulations for 2022, Mercedes have gradually improved to return to contention for victories.

Hamilton, who is on course to finish an F1 season without a win for the first time in his career, has finished second to Verstappen at each of the previous two races, while the Silver Arrows have closed to within 40 points of second-placed Ferrari in the constructors’ championship.

However, the 37-year-old admits he is not confident of being able to compete for victory in Brazil, where qualifying will take on Friday with the Sao Paulo GP hosting the third and final Sprint of the season on Saturday.

“Honestly, every time we arrive at a track, we’re surprised one way or another,” Hamilton said. “Either by how big the gap is or how close we are, so I won’t know until tomorrow where that is.

“I don’t know if the car will be spectacular here, I don’t know if we’ll be as close as we were last race – I don’t think we will, but I hope we’re surprised and that’s not the case.

“We kind of know where our car is going to work and which corners it won’t work in, so I anticipate it’s not going to be the easiest on track, but there’s weather, there’s all sorts that could come into it.” 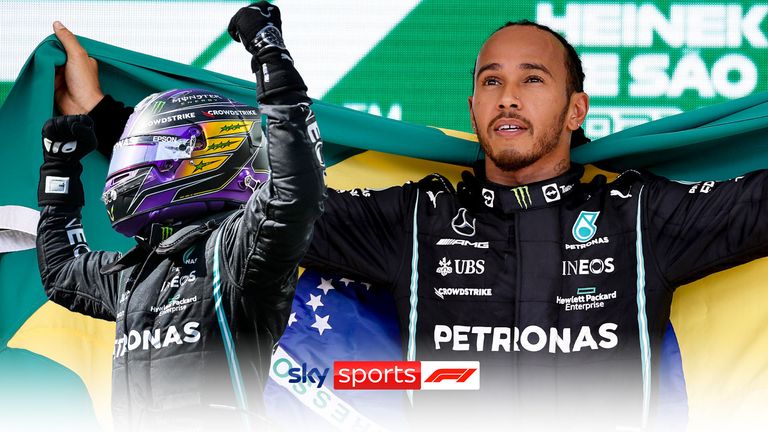 Hamilton insisted that his individual focus remains on trying to secure an elusive 2022 race victory, and added that Brazil provides more hope than next weekend’s season finale in Abu Dhabi, where he believes Mercedes’ lack of straight-line speed will be an issue.

“My focus is maximising the next two races,” Hamilton added. “I think us as a team is focused on making sure that we have a car that we can compete with next year.

“Out of the next two races, this is the best option we’ll have, or the closest I think we’ll be. I think Abu Dhabi with those long straights will be difficult.”