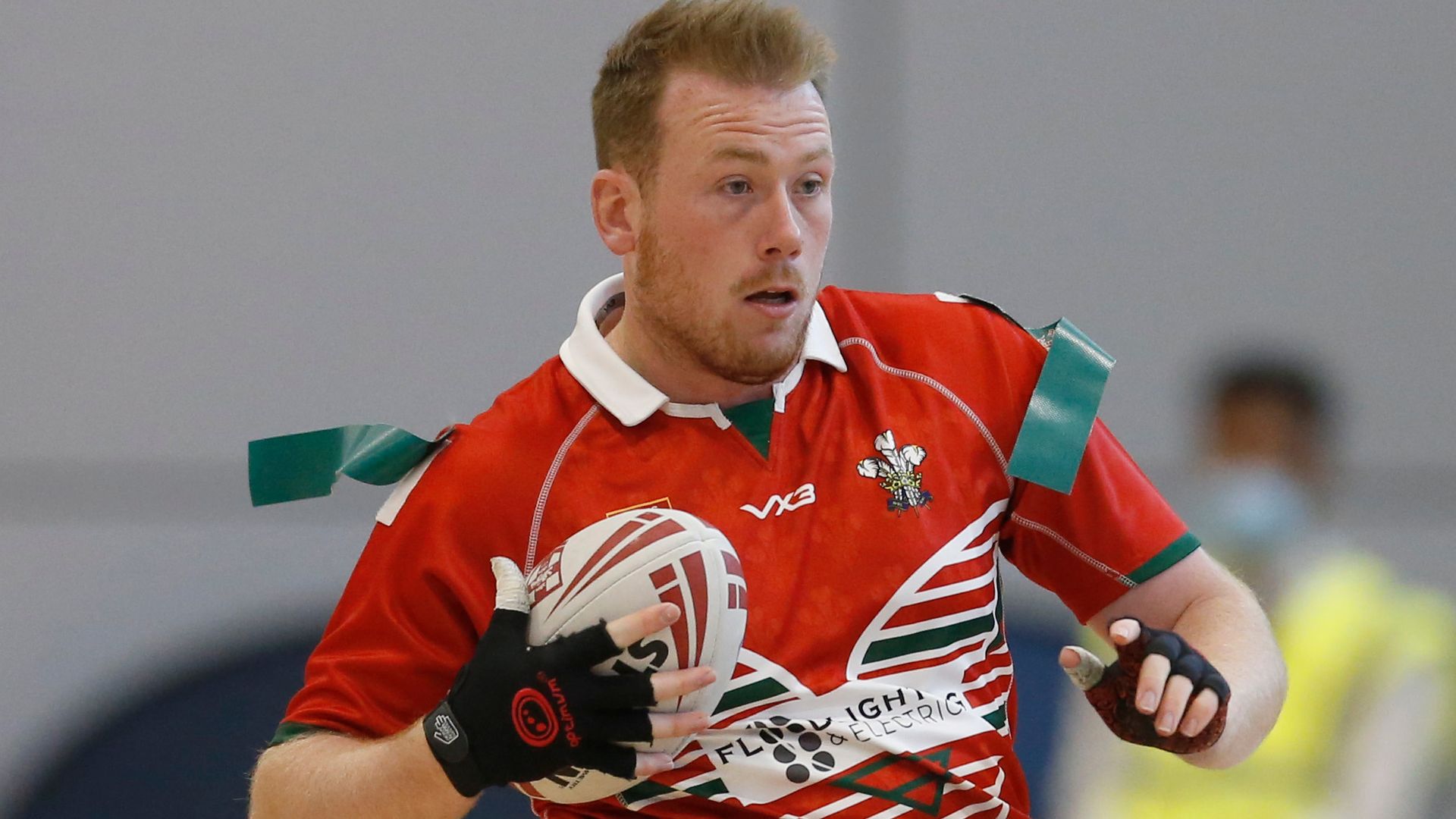 Player of the match Andrew Higgins scored four tries as Wales booked their place in the semi-finals of the Wheelchair Rugby League World Cup with victory over Scotland; they now face England in the last four in Sheffield on Sunday; Earlier in the day, France ended USA’s hopes of qualifying

Wales will face England in the semi-finals of the Wheelchair Rugby League World Cup after they qualified with a comfortable 70-36 victory over Scotland.

Wales looked the most likely throughout the contest and two tries from Scott Trigg-Turner along with contributions from Andrew Higgins, Gary Preece, Harry Jones and Martin Lane gave their side a 16-point lead at the halfway point in Sheffield in front of 1,129 fans.

They continued to assert their dominance throughout the game, Jones grabbed his double and Higgins added three more for his quad before Trigg-Turner wheeled through to notch his hat-trick and Lane went over for a late try. John Willans’ effort, a Mike Mellon double and four tries from Dan Grant were all in vain as Scotland were dumped out without registering a win.

Wales came flying out of the traps and had the first try when they worked it from left to right and Trigg-Turner was on hand to fly through a gap and touch down before Preece added a second.

Scotland hit back with one of their own, after they were first to get to their own kick-off, as Grant twisted and turned before wheeling over the in-goal area to half the deficit.

Wales rediscovered their 12-point advantage with 13 minutes on the clock when skipper Stuart Williams threaded a neat kick through to the onrushing Trigg-Turner and Higgins later barged his way through.

Willans and Mellon hit back twice in quick succession for Scotland but the conversions were missed. After a spell of Scottish dominance, Wales began to settle back into their groove and had two tries in a minute courtesy of Lane and Jones.

But Scotland came back once more before the break when they pierced a hole through the Welsh defence and Grant touched down, chopping the score to 36-20 heading into half-time.

The second half started in similar fashion to the first as Scotland were caught napping. Wales extended their lead when Jones ran through for his second try before Higgins added two more for his hat-trick less than five minutes later.

Wales threatened to run out of sight when they clinched a fourth try of the half through Trigg-Turner after a quick combination of passes. Yet Scotland continued to plug away and got their due rewards when Mellon notched his second before Grant secured a hat-trick.

Wales’ aggressive, bullish and solid performance was rounded off in the final minutes with further scores from player of the match Higgins and Lane again but Grant’s late reply for Scotland was not enough to stop Wales from cruising through to the last four.

The USA‘s hopes of reaching the knock-out stages were ended earlier in the day after they were beaten 116-6 by France.

Mostefa Abassi and Jeremy Bourson both crossed for five tries each in the victory for the Group B winners, who now face Australia in the semis.

There were hat-tricks for Jonathan Hivernat and Gilles Clausells too, while Thomas Duhalde added two tries, and Lionel Alazard, Nicolas Clausells and Guillaume Mautz got one apiece.

Alazard kicked nine conversions, with Duhalde landing four and Gilles Clausells putting over three, while the USA’s reply came from a try by Mackenzie Johnson which was converted by Micah Stewart.