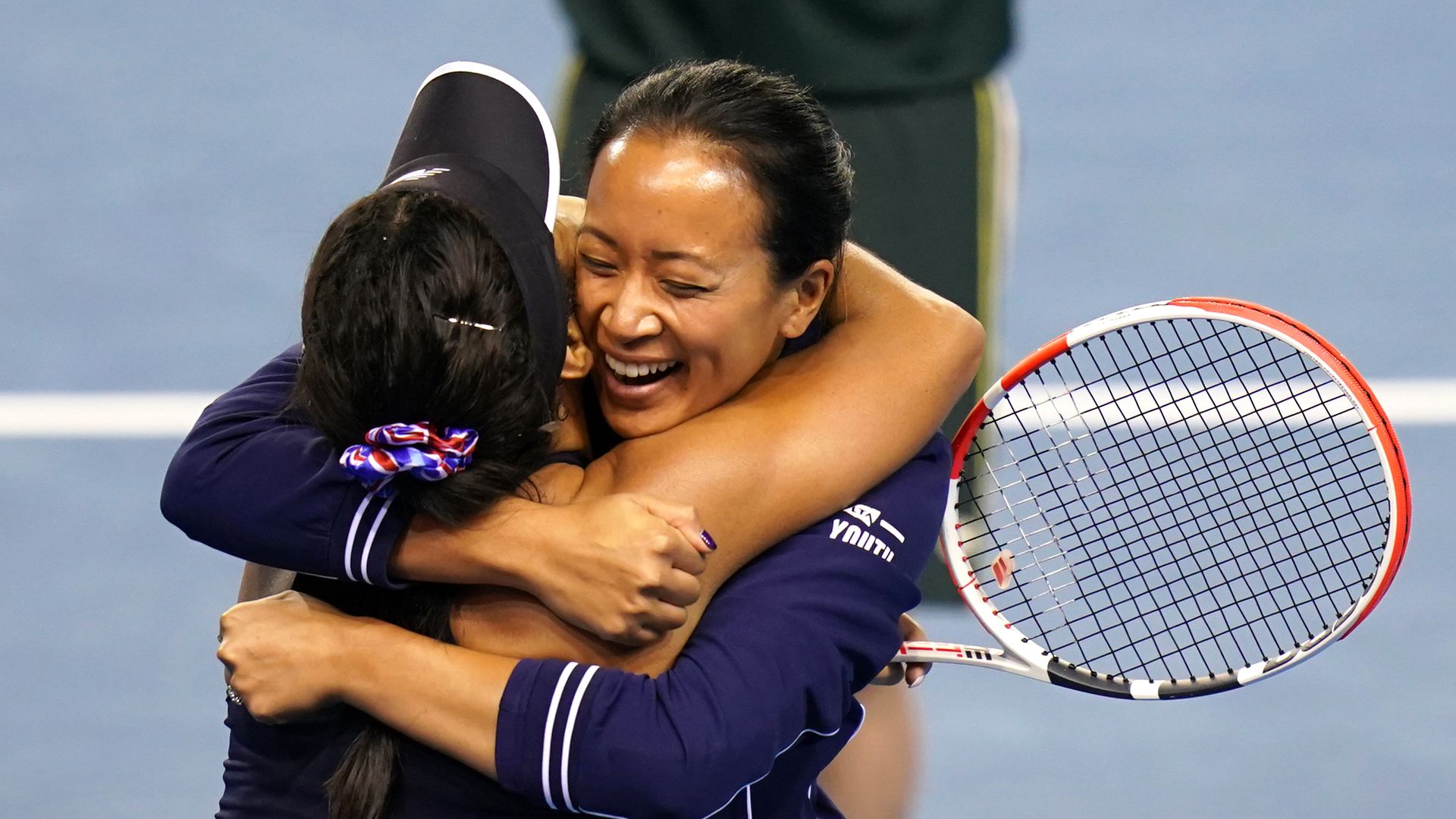 Great Britain reached the semi-finals of the Billie Jean King Cup for the first time since 1981 after beating Spain 3-0 in a must-win match.

After losing 2-1 to Kazakhstan in the opening tie on Tuesday and Spain’s 3-0 win against the same opposition the following day, Anne Keothavong’s side knew anything other than a 3-0 win would mean they would be knocked out.

Heather Watson got her side off to the best possible start, producing one of her best performances of the season to beat Spain’s Nuria Parrizas Diaz.

The 30-year-old won the opening seven games of the match at Glasgow’s Emirates Arena and maintained her momentum to clinch a 6-0 6-2 victory over a player ranked 61 places higher.

Watson has had a disappointing season, and it was no surprise that Katie Boulter was preferred to her as the number two singles player on Tuesday.

But Boulter was subbed out after an error-ridden display in defeat to Yulia Putintseva and her replacement, Watson, produced a near-perfect display.

Watson’s victory was backed up by Harriet Dart, as she beat world number 13 Paula Badosa in straight sets.

She went stroke for stroke with the powerful Spaniard, breaking serve three times in the opening set.

However, Badosa put her serve under pressure in the second set, but Dart stayed in front before clinching her first match point in an impressive 6-3 6-4 victory.

Dart fought back tears in her on-court interview as she said: “It’s so awesome being here in Britain and being able to host this event. I’m just so happy to keep this one alive.”

The 26-year-old has beaten a number of highly-ranked players this season but was a big underdog, especially given the form Badosa showed in beating Wimbledon champion Elena Rybakina on Wednesday.

Alicia Barnett and Olivia Nicholls secured a straight-sets victory in the final, doubles rubber to send Great Britain through.

The pair made their debut in the competition on Tuesday, after receiving a late call-up and impressed in a victory over Elena Rybakina and Anna Danilina.

Spain went with a semi-regular pair in Rebeka Masarova and Aliona Bolsova and it was nip and tuck through a first set that featured chances for both teams but no breaks.

Barnett and Nicholls did not seem affected by the pressure of the situation and held their nerve though to take the first set 7-5 after a tie-break.

That seemed to invigorate the inexperienced Brits, who stormed to a 7-6 6-2 victory to complete a 3-0 triumph over Spain.

‘A lot of people wrote us off’

After the tie, the British team gathered in a celebratory huddle, with Nicholls saying that her side had been written off by many people.

“I think a lot of people wrote us off. The camaraderie, we just wanted to do it for each other and I think it showed in the results today,” she said.

Captain Keothavong added: “This is something really special. I’m just so proud of this team. This morning we knew what we had to do. It was always going to be a big ask, but the girls delivered.

“Through to the semi-finals, we have to allow ourselves to dream a little bit.”

Australia became the first team to book their place in the last four with a 3-0 victory over Belgium.

Belgian number one Elise Mertens, who arrived in Glasgow after winning the doubles title at the WTA Finals in Texas on Monday evening, retired during the third set of her clash against Ajla Tomljanovic with a shoulder injury.

Belgium played their two matches before the Czech Republic, who had two players at the WTA Finals, contested their first tie, which drew criticism from captain Johan Van Herck.

“We were not helped by the situation,” he said. “What happened with Elise, I don’t think it’s very correct. It had a huge impact on what we had to go through here, especially Elise now with an injury.

“So it’s something where I think we, as a small country, have to pay a price for not being the Czech Republic that starts today or the US that can play in the evening.”

Canada will take on Switzerland on Friday for a place in the semi-finals after beating Italy 3-0, with Leylah Fernandez claiming a 6-0 6-0 victory over Martina Trevisan.