Race of the Day: In-form McCain could edge Newcastle feature 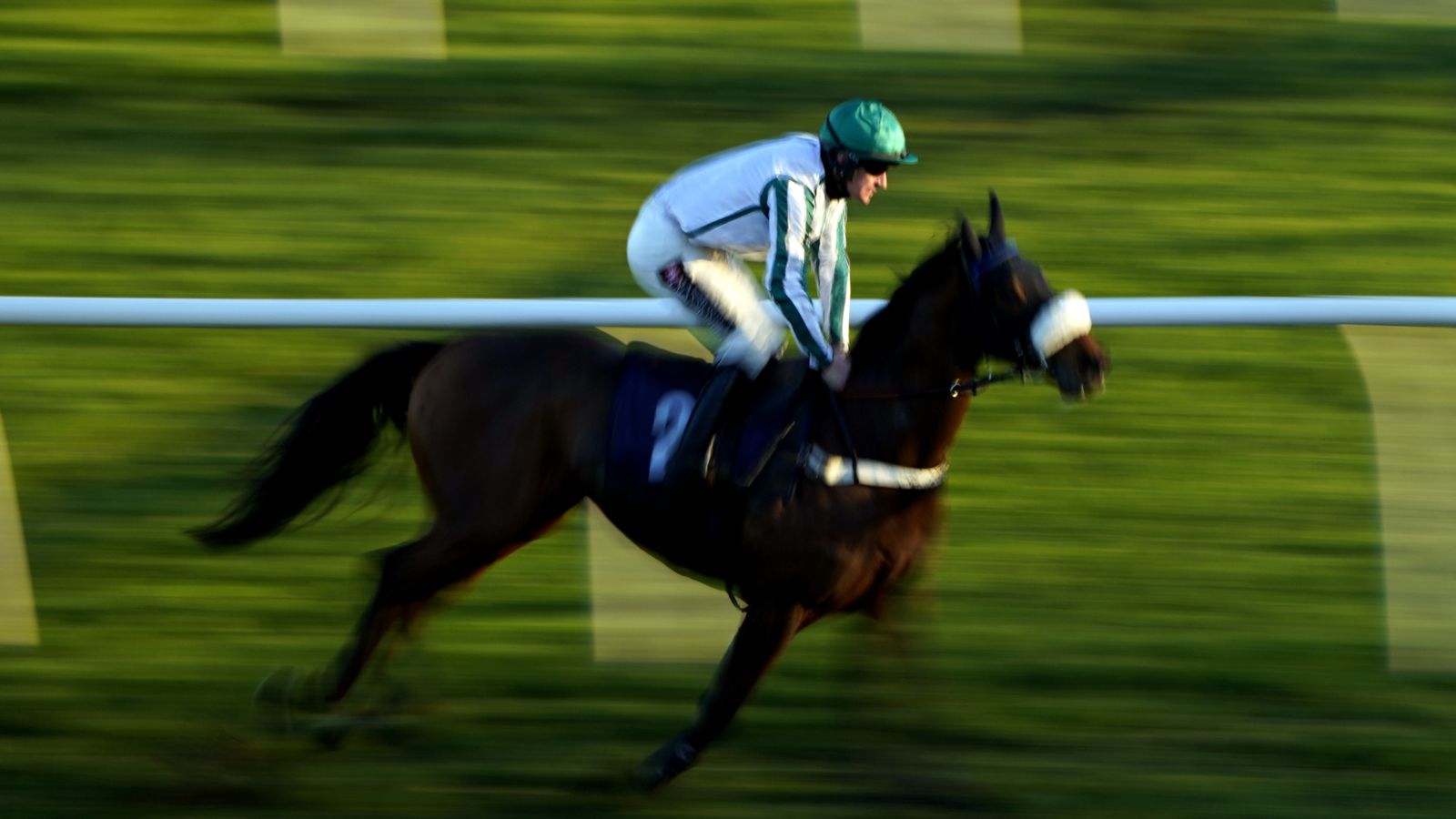 Mike Cattermole casts his eye over the feature handicap chase at Newcastle on Thursday, live on Sky Sports Racing, siding with a runner from the in-form Donald McCain yard.

The class four Ultimate Jumps Guide on attheraces.com/jumps Handicap Chase (1.40) offers up some decent prize money for its level and is the most valuable race of the day at Newcastle (replacing Sedgefield) on Thursday.

Pace is assured by the presence of both Road Warrior and Hidden Commander, whose stable is in white hot form right now, and the ex-French-trained Heroique De Maulde who has also enjoyed forcing the tempo.

Making his British debut here, he is ridden by the champion jockey Brian Hughes, who rides regularly for the yard. In fact, only Donald McCain – who has a runner here, which Hughes has ridden before – and the late Malcolm Jefferson have provided him with more mounts in his career than James Ewart.

For those of us who have been flooded out down south, it is hard to credit that they have actually been watering to maintain good, good to firm in places at Gosforth Park. They have had just over 4mm of rain this week and there is no more forecast before or on race day.

Because of the time of the year, low sun may even cause some fences to be taken out.

Experienced four-time winning chaser who is often a front-runner and was in fine form in the spring of 2021, notching up a hat-trick, including a C&D win off an 8lb lower mark. He was well held at Carlisle on his first run for six months and can be expected to step forward a bit for that. However, his stable has been a little quiet of late.

Four-time hurdles winner who has recently gone chasing and put up two fair runs over fences since having a second wind operation, at Cartmel and at Hexham. He ran well for a long way on the latter occasion, holding every chance at the last, only to finish very tired over that stiff three miles. Drops back in trip here and that looks a positive.

Picked up for £13,000 from Paul Nolan’s yard at the sales recently and makes his debut for Micky Hammond. Consistency is not his strong suit and he has been poor recently other than one standout performance at Down Royal in May. Prefer to watch.

Ridden by Brian Hughes in six of his last eight starts but the champion rides Heroique De Maulde this time and is replaced by the talented claimer, Theo Gillard.

Notched up two wins at the end of last year over hurdles at Sedgefield and Doncaster, the latter off a mark of 113 and he is now 111 after his first two runs, both fair, over fences.

The first of them came at Sedgefield after an eight-month absence when half a length ahead of Hidden Commander who is now 1lb worse off. His run at Bangor last time added to the

impression that he needs further than this but this is likely to be a strongly-run affair, which will help, and he has shown to be effective on the ground. Might just shade it.

One win from 18 starts over hurdles, none from 11 over fences and has bled from the nose on his last three appearances, including on his British debut last month. Clearly has problems.

Front-runner who got his chasing career off to a fine start in the spring with wins at Kelso (twice) and Ayr, jumping soundly, before having a mid-summer break.

Returned after four months off with a respectable effort at Sedgefield (half a length behind Creative Control) but it has to be said he was disappointing at Bangor just over a fortnight ago on ground officially good to soft but most probably very soft.

With his stable in sizzling form – four wins from its last seven runners – it might be worth overlooking his last run as he remains reasonably treated (just 1lb higher than his last win) and will handle the ground. Hugely respected.

The champion jockey is on board but is hard to assess after two wins from five starts over fences – on good and soft – in the French provinces for the wonderfully named Augustin Adeline De Boisbrunet.

Likes to race handily but returns after a year off and a look in the paddock would go a long way.

Note that James Ewart’s horses have been performing well of late and it will be interesting to see whether this five-year-old holds his engagement at Wetherby on Saturday.

Intriguing. There’s some guesswork involved with Heroique De Maulde, especially after a year off, but he has the champion jockey on his back.

Creative Control is now partnered by the talented Theo Gillard who takes 3lb off and that gives him a 4lb advantage overall with old rival Hidden Commander who was half a length behind him at Sedgefield last month when both were returning after an absence.

Obviously the Stuart Coltherd team is on fire right now (another winner at Ayr on Wednesday) but Creative Control could well be suited by the strong gallop here and, at the prices, he gets a narrow vote.