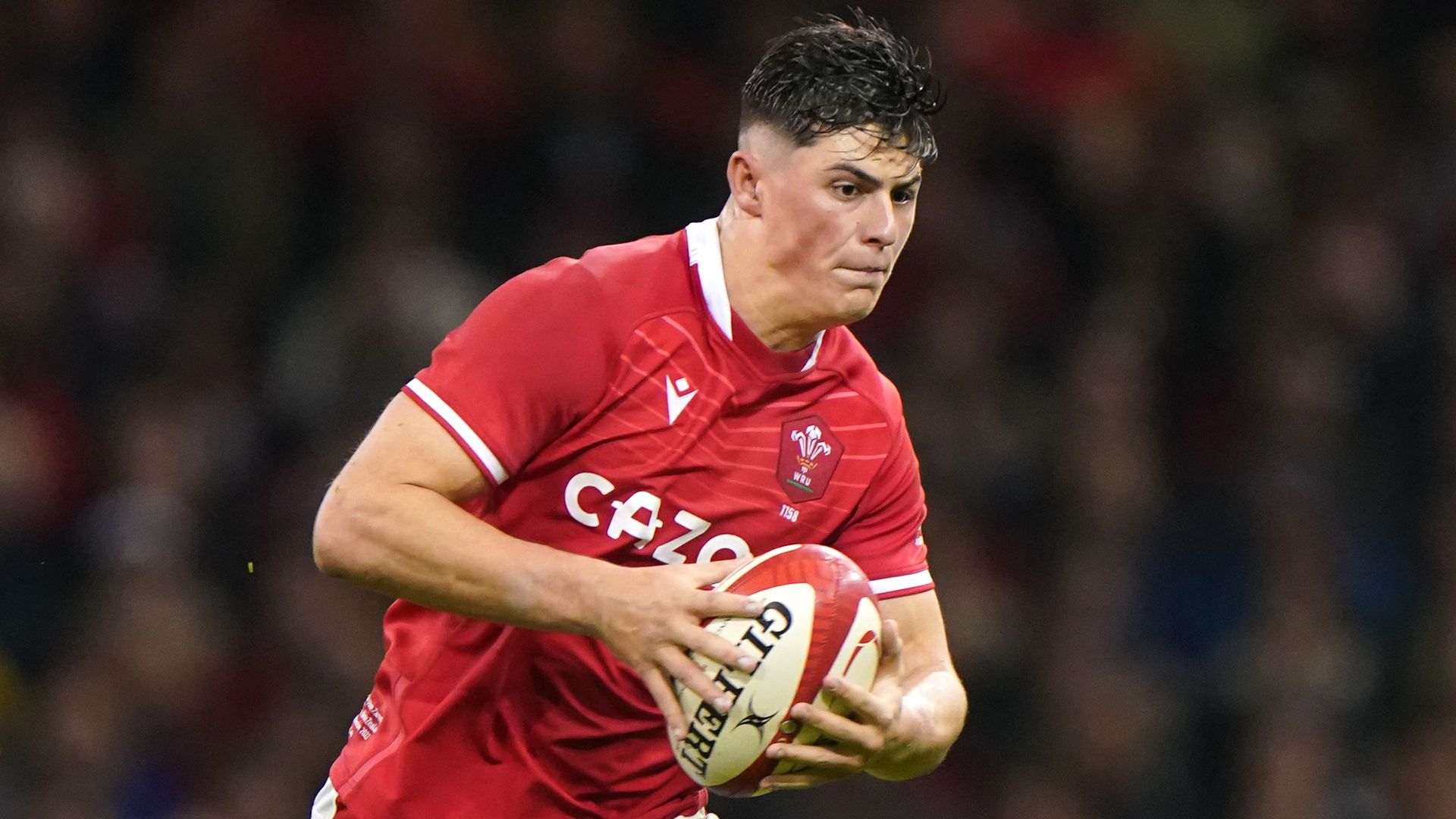 Louis Rees-Zammit will start for Wales at full-back for the first time; Wales will face Los Pumas under a closed roof at Principality Stadium on Saturday (5.30pm kick-off); Justin Tipuric will again lead the side, he starts in the back-row with Dan Lydiate and Taulupe Faletau

Louis Rees-Zammit will start for Wales at full-back for the first time in Saturday’s Autumn Nations Series game against Argentina.

Earlier this week, Leigh Halfpenny was ruled out of the Cardiff encounter due to a hamstring injury and with Liam Williams also injured, head coach Wayne Pivac has opted to move Rees-Zammit to 15.

Alex Cuthbert, who has recovered from a shoulder issue, starts on one wing and Rio Dyer, a try-scorer on his debut against New Zealand last weekend, has been selected on the other.

Justin Tipuric will once again captain the side and he starts at openside flanker with Dan Lydiate and Taulupe Faletau completing the back-row. The trio boast 246 international caps between them and Lydiate is poised to make his first appearance of the Autumn Nations Series.

Prop Dillon Lewis starts instead of Tomas Francis and joins forces with Ken Owens and Gareth Thomas in the front-row. Will Rowlands and Adam Beard are handed starting roles in the second-row.

There is no place in the 23 for Wales’ record cap holder Alun Wyn Jones, as Ben Carter provides second-row cover, with other bench changes seeing props Rhodri Jones and Sam Wainwright selected, plus Priestland and Ospreys flanker Jac Morgan.