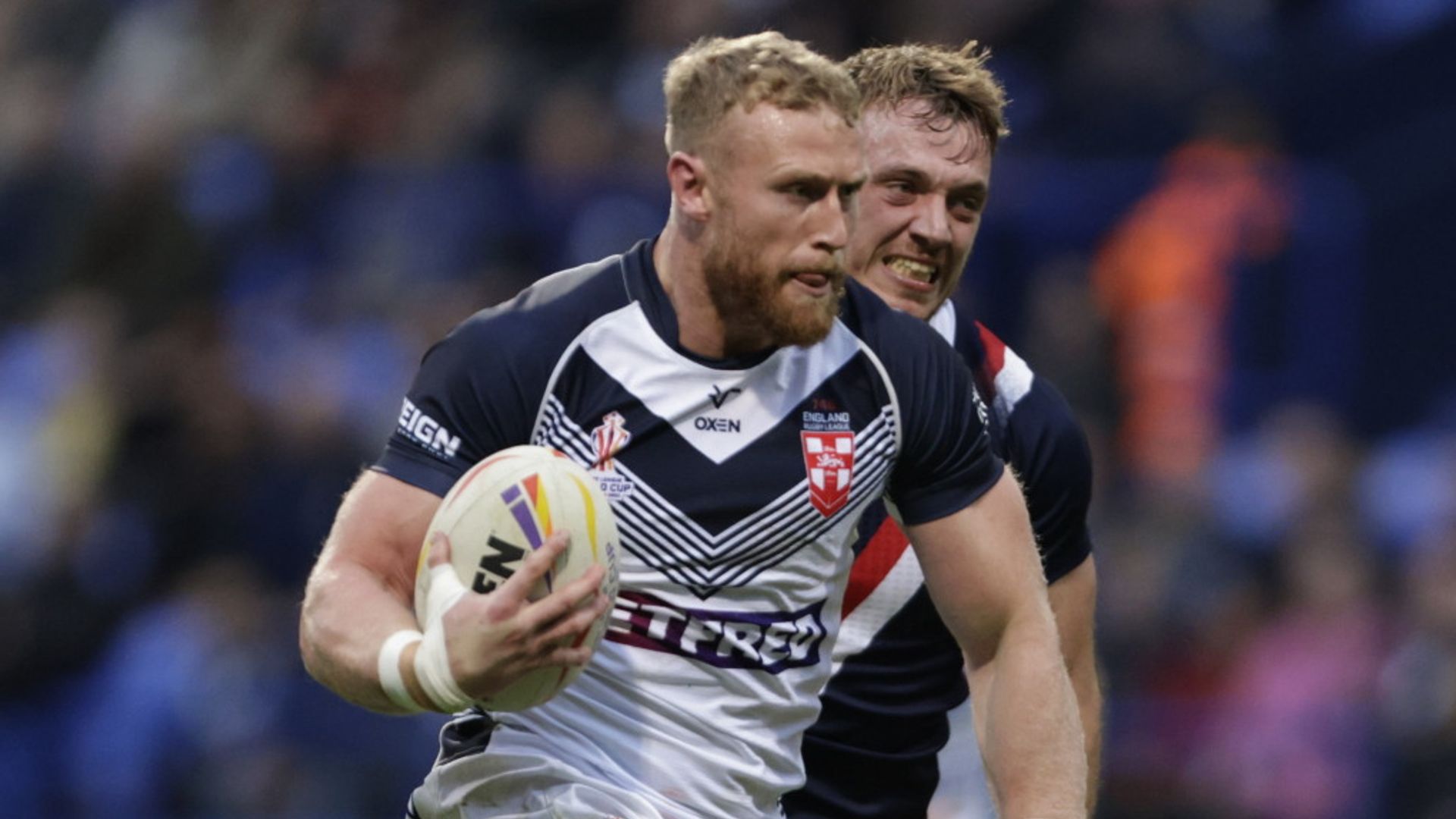 Luke Thompson returns to England’s 19-man squad in the only change as the Rugby League World Cup hosts face a rematch against group-stage opponents Samoa in Saturday’s semi-final.

Canterbury Bulldogs forward Thompson replaces St Helens’ Matty Lees in the squad named for the clash at the Emirates Stadium, with England reaching the semis via a 46-6 win over Papua New Guinea.

They now face a Samoa team who they beat 60-6 in the opening game of the tournament, with Thompson – who played in that match as well – set to feature for the first time since scoring a try in the 42-18 win over France in Group A.

“Matty did some good things, he’s a really good player and a really good kid, but I want to have a look at Luke Thompson as well and it’s a strong team we’ll put out,” Wane said.

“I think we’re stronger than when we played Samoa and we’re doing things better. I’m happy, but I’m never satisfied with how we are playing.

“There are always ways of improving and I still think we can get better on the performance of last week against Papua New Guinea.”

Meanwhile, prop Chris Hill will climb to second in the all-time list of leading appearance makers at Rugby League World Cups if he is included in England’s matchday 17.

The 35-year-old broke the British record previously shared by John Atkinson, Roger Millward and George Nicholls when he made his 15th World Cup appearance against Papua New Guinea, bringing him level with Australian great Bob Fulton.

Hill, one of six survivors from the team that lost 6-0 to Australia in the 2017 final, will have a chance to equal former Australia captain Cameron Smith’s record of 17 World Cup appearances if England reach the final this time around as well.

The Huddersfield Giants forward is now the third most-capped England player of all-time with 33, behind only Ryan Hall (40) and James Graham (44) after overtaking James Roby’s last week.

Fellow prop Tom Burgess is set to become the fifth player to win 30 caps for the national team this weekend as well.

Samoa defence coach Lee Radford insists the heavy opening-day defeat to England has been long forgotten ahead of Saturday’s semi-final in London.

Castleford Tigers head coach Radford was drafted into Samoa boss Matt Parish’s staff in place of Richard Agar ahead of the tournament and believes there were extenuating circumstances around.

“I think it was forgotten about as soon as we got on the bus,” Radford said. “We knew we’d be off for that first game because a lot of the boys had just won the [NRL] Grand Final and were off celebrating.

“The manner of the defeat was disappointing, but we’ve got better in every performance since, particularly defensively.

“We’d had two training sessions as a squad before that first match and it was always a case of just how much could improve and how quickly we could improve.”

Since that loss in Newcastle, Samoa have recorded comfortable wins over Greece and France to qualify for the knockout stages as Group A runners-up, and last Sunday beat Pacific rivals Tonga 20-18 in a thrilling quarter-final in Warrington.

Radford, who won six caps for England during his playing career with Bradford Bulls and Hull FC, is now relishing the chance for Samoa to right the wrongs of their previous match against England.

“I said a few weeks ago, before the France game, that I’d love another opportunity to have a crack at it and it’s obviously pleasing that we’ve got that now,” Radford said.

“I reckon they’re the best team in the comp. On paper I don’t think they are but, if you look at their build-up, they’ve had two years to prepare for this.

“The fact they’ve been together and had that contact time with each other gives them an advantage over every other team.”