England captain Jos Buttler says Sunday’s T20 World Cup final against Pakistan at the Melbourne Cricket Ground will be an “amazing occasion” after his “incredibly dangerous” side demolished India by 10 wickets to book their place in that match.

England are one win away from a first T20 World Cup title since 2010 and becoming dual white-ball world champions after coasting to a target of 170 with 24 balls to spare against India in Adelaide.

Buttler (80no off 49 balls) and Player of the Match Alex Hales (86no off 47) shared the highest stand in T20 World Cup history as England earned the chance to exorcise any demons that may linger from their defeat to West Indies in the 2016 T20 World Cup final. 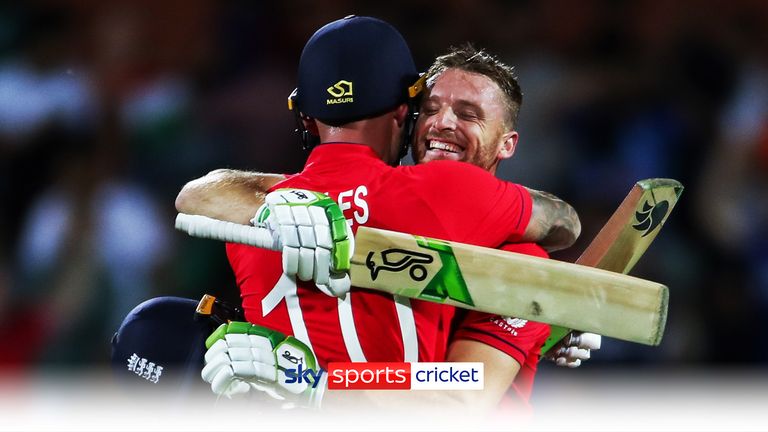 The skipper said: “It’s going to be an amazing occasion. You don’t come down this road very often so it’s certainly something to be relished.

“It’s important we enjoy the performance [against India] but don’t get too far ahead of ourselves. The biggest game of this tournament is still to come.

“I’m immensely proud of the guys, that was a brilliant performance, by far our best performance of the tournament.

“We’ve got some brilliant players in our team and when they play their best, they’re a tough team to beat. We’re an incredibly dangerous side and there’s huge confidence in the group.

“We haven’t at points played as well as we could have done in the tournament yet still found ourselves in the semi-final of a World Cup. To play like we did in such a high-pressure game is immensely satisfying.”

England ‘as clinical as you can be’

Jonny Bairstow was set to open the batting for England in the T20 World Cup – only for a freak leg break on a golf course to rule him out of the tournament.

Hales replaced Bairstow in the England squad and has impressed in his last three knocks, with scores of 52 against New Zealand and 47 against Sri Lanka preceding his 86 against India.

Bairstow said of England’s victory on Sky Sports News: “It was amazing, what a performance, as clinical as you can be. You need people to stand up in a semi-final and that’s exactly what happened.”

Asked if England’s win made a statement, Bairstow added: “Absolutely. They were fearless all the way through the run chase.

“The character the guys have shown to come back from losing to Ireland and now being in a World Cup final is amazing but they will be well aware the job is not done yet. 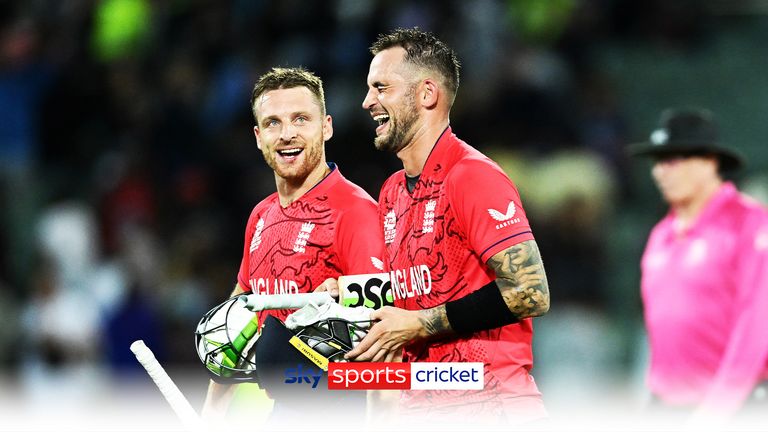 “There will be confidence after that seven-match series in Pakistan [in September and October] that we came out the right side of but we also know the qualities they have.

“It is a level playing field when it comes to a World Cup final, I don’t think there are favourites. If Pakistan’s players stand up, it is going to be an enthralling game but if we can take early wickets and get into the middle order, we should be alright.”

Root: England will learn from 2016 final

Joe Root, part of the England side that won the 2019 World Cup at Lord’s and lost in the 2016 T20 World Cup final in Kolkata, said: “It’s another opportunity to do something really special as a group

“Those experiences can really bring you together as a team. You learn from them, mistakes you have made, and you learn from the day. The occasion is not completely new to you. 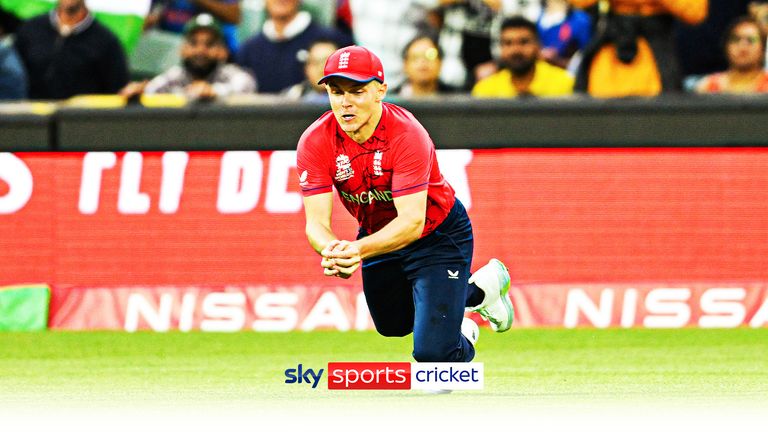 “I found that going into 2019 so it’s good to have that in the bank. It’s a really good place to be for the team and I am really excited [to watch them].

“It was an incredible performance against India. I think we’re just starting to peak at the right time. As a team performance, you can’t really ask for any more in a semi-final. To stand up to the pressures of a game of that magnitude and perform like that was exceptional.

“Credit to Jos for being able to get us in this position to be peaking at the right time. He looks very happy within himself and you can see that in his performances and the players around him.”

Watch England vs Pakistan in the T20 World Cup final live on Sky Sports Cricket on Sunday. Build-up starts at 7am ahead of an 8am start at the Melbourne Cricket Ground.