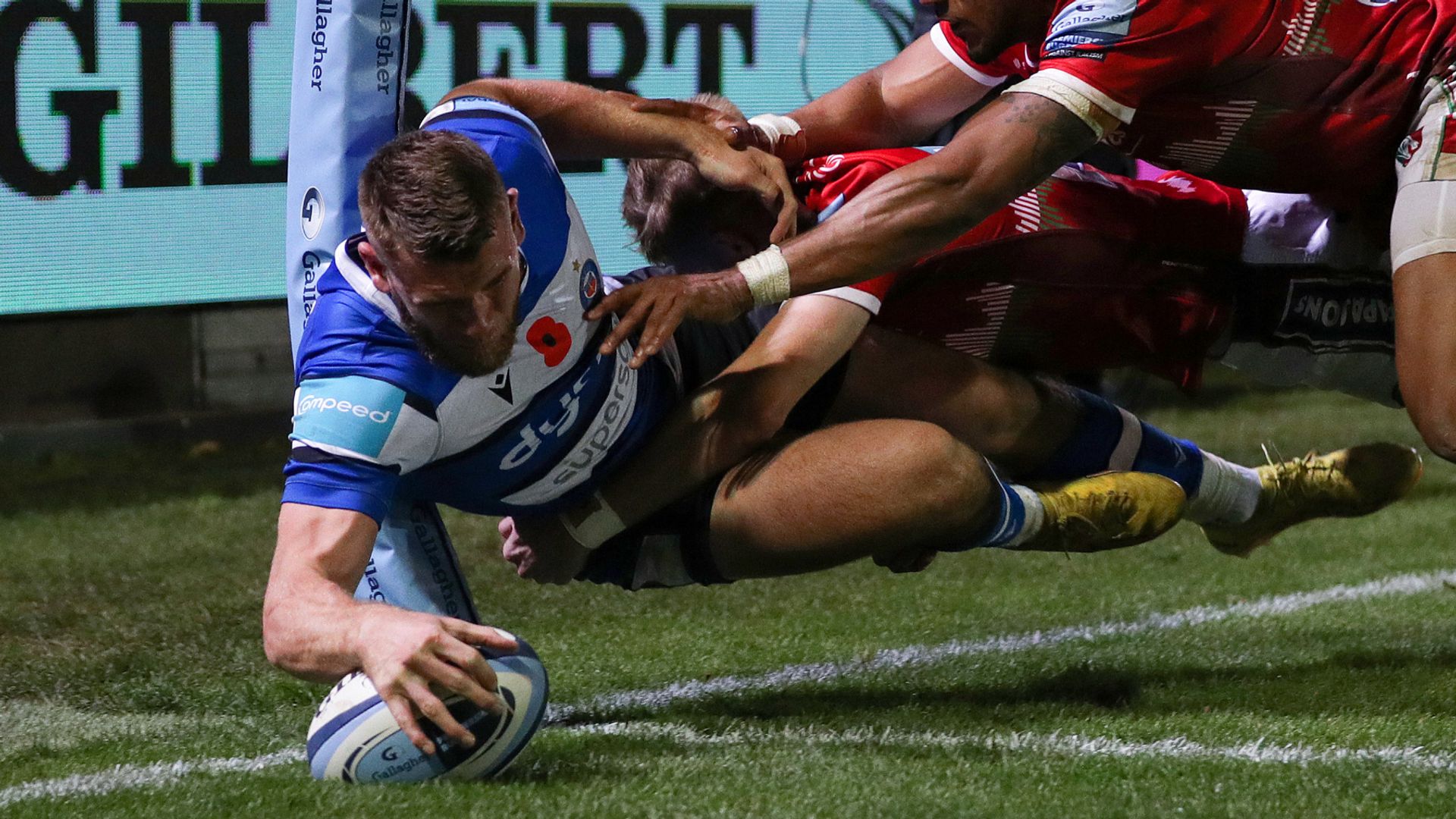 Bath pulled off a stunning 19-18 victory over defending Gallagher Premiership champions Leicester with a remarkable finish at the flag by right wing Will Butt in the closing seconds.

For a side who have spent so much time at the bottom of the table, a third successive victory is a fair indication of progress under the new coaching team headed by Johann van Graan.

Tigers seemed to have gained full reward for a dominant first-half performance, but they conceded a scrum penalty in the Bath half with just 80 seconds remaining.

Matt Gallagher’s hopeful touch kick could not have been closer to the corner and Bath seized the opportunity with secure line-out possession and a succession of drives to the line before Gallagher set Butt free. Bailey’s conversion was wide but it did not matter.

The Rec has seen a few narrow finishes over the years, but this was as close a squeak as any – and never more welcome for the Bath faithful.

Bath had been quickly on the scoreboard with an Orlando Bailey penalty from 30 metres.

But it was an unequal struggle for the next half hour as Leicester brought their heavy guns into action, particularly through the muscular presence of wing Nemani Nadolo.

Nadolo, soon to leave Tigers for a mid-season move to the Waratahs, scored a trademark try after just five minutes, rampaging through the attempted tackles of Butt and Jamie Shillcock. Freddie Burns, whose skip pass created the score, converted from the touchline.

The Fijian was just as much a threat in midfield, adding his pace to the visitors’ heavy infantry as Bath’s defence struggled to cope with the pace and angles of running.

Centre Harry Potter almost profited from a sniping run by Richard Wigglesworth only for Ollie Lawrence to force a knock-on, while Ted Hill made an equally telling tackle on Harry Wells under the Bath posts.

Burns stretched the visitors’ lead to 10-3 with a penalty and they might have had more to show for their territorial domination had Shillcock not been so alert at the back.

Bath’s try on the half-hour therefore came right out of the blue, as Lawrence broke from deep and Bailey found Jonathan Joseph with a flat pass. The England international broke through and Miles Reid was in support to put Hill away, stepping out of Nadolo’s tackle to score. Bailey’s conversion was just wide.

With only a two-point lead from 67 per cent possession, Leicester were not to be long denied however, and prop James Cronin touched down from a catch-and-drive after a rising penalty count saw Bath forced into defending a
line-out in the corner. Burns was unsuccessful with his kick too.

Bath were in more combative mood after the break and the hard-running Lawrence was stopped under the posts. Tigers continued to hold out until Bailey settled for a close-range penalty.

Burns hit back with a long-range penalty on 65 minutes, but Bailey helped himself to a third successful kick at the other end after Burns was guilty of a deliberate knock-on to keep Bath within four points before snatching victory at the death.