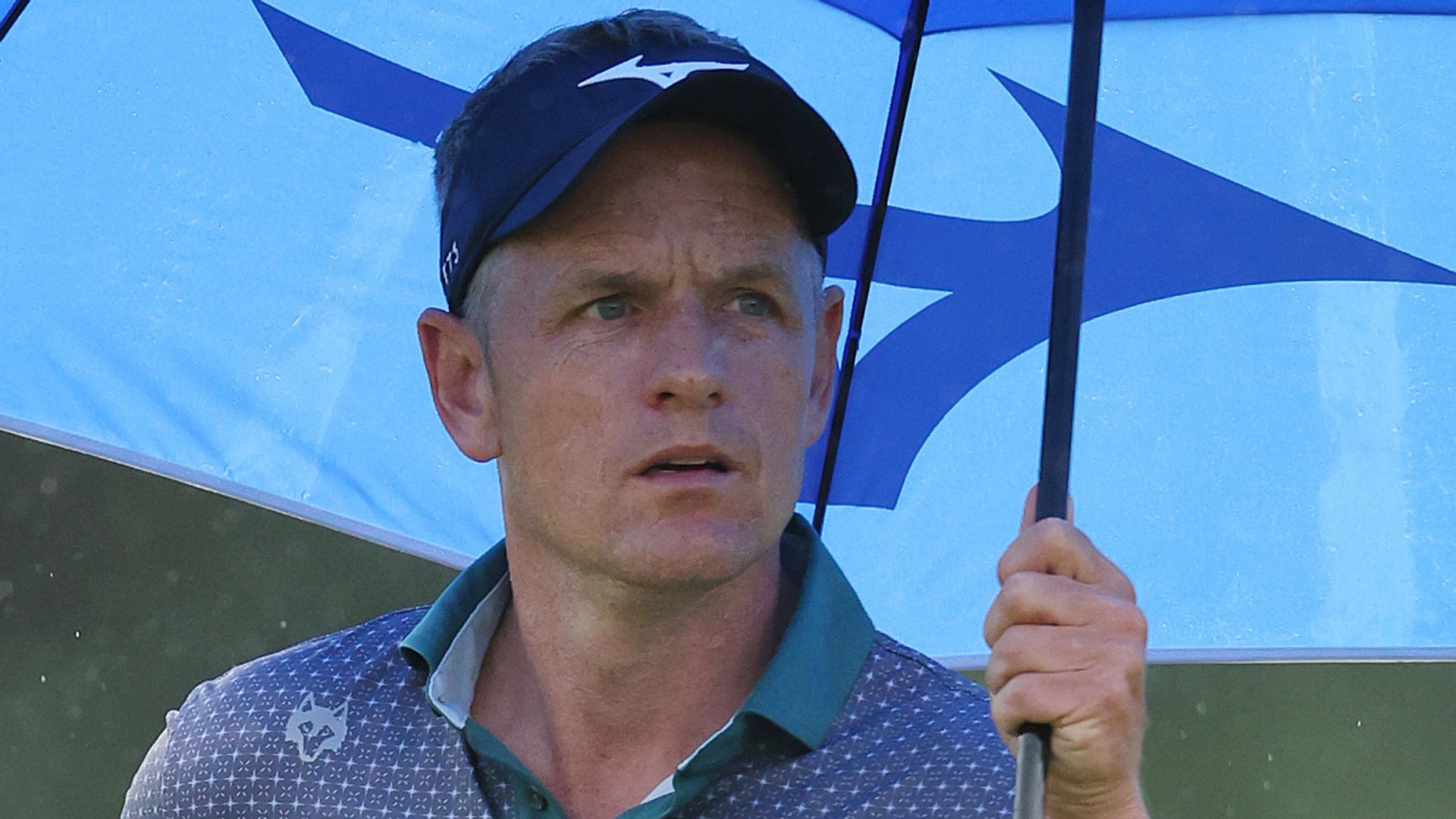 None of the 66-man field were able to complete their second rounds in Sun City due to thunderstorms; Luke Donald and Ryan Fox will lead when play resumes on Saturday – watch live from 6am on Sky Sports Golf

Ryder Cup captain Luke Donald moved into a share of the lead before heavy rain and thunderstorms saw the second round suspended at the Nedbank Golf Challenge in South Africa.

Donald was only able to complete three holes during a weather-disrupted day at Gary Player Country Club in Sun City, making a birdie at the par-five second to move alongside overnight leader Ryan Fox on eight under.

Fox had cancelled a birdie at the second with a bogey at the par-four next hole shortly before play was halted at 11.49am (9.49am GMT) due to the threat of lightning, with heavy rain leaving the course waterlogged and eventually seeing play abandoned for the day at 3.45pm local time.

The second round will resume at 7.45am local time on Saturday and the same pairings will be used for the third round, with further thunderstorms forecast to disrupt play over the weekend.

Ross Fisher was five under for the day after 10 holes and within two of the lead when the horn sounded, with Rasmus Hojgaard birdieing three of his six holes played and Guido Migliozzi one under after three to leave the trio tied-third on six under.

Gavin Green and Richard Bland share sixth place, while LIV Golf members Sam Horsfield and Adrian Otaegui are four off the pace and in the group on four under that also contains Scotland’s Richie Ramsay.

Defending champion Tommy Fleetwood is five strokes back with 10 holes of his second round remaining, with 30 of the 66-man field under par heading into the weekend.

Watch the Nedbank Golf Challenge throughout the weekend live on Sky Sports. Live coverage continues Saturday from 6am on Sky Sports Golf.