England take on group-stage opponents Samoa in the semi-finals of the World Cup at the Emirates Stadium on Saturday (kick-off 2.30pm); the winners face either Australia or New Zealand in the final at Old Trafford on November 19

If anyone in the England team is aware of the threat posed by Samoa full-back Joseph Sua’ali’i, then it is his Sydney Roosters clubmate Victor Radley.

Sua’ali’i burst onto the NRL scene as a 17-year-old with the Roosters in 2021 after being granted an exemption to play before his 18th birthday, having joined at the end of the previous year from long-standing rivals South Sydney Rabbitohs where he came through the youth system.

Still only 19, Sua’ali’i showcased his immense talent in a player-of-the-match display as Samoa stunned Tonga in last Sunday’s quarter-final, and England back row Radley knows he will be one to keep an eye on at the Emirates Stadium this weekend.

“He’s a freak,” Radley said. “He’s played good for Sydney Roosters this year and he’s been Samoa’s best player in this tournament.

“He’s a good private-school kid, a really nice fella – I couldn’t say a bad word about him. He sees what I see and he’s a good kid, so we’ll have to do a good job on him.” 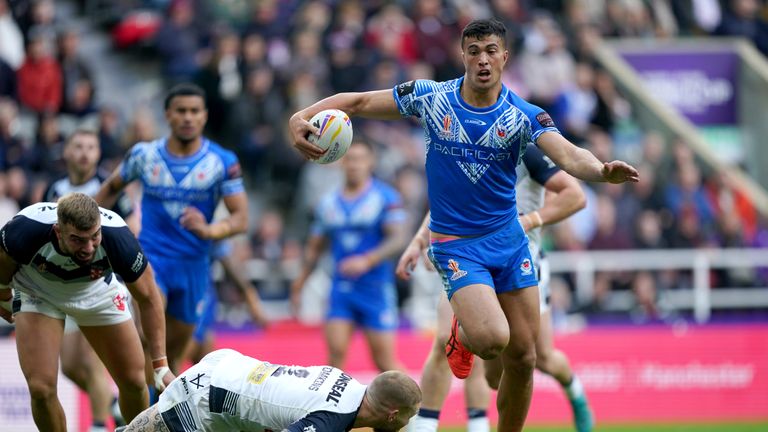 Samoa have improved since the 60-6 defeat to England in the opening match of the tournament, qualifying from Group A as runners-up after convincing wins over Greece and France, and then defeating a highly rated Tonga side last week.

England head coach Shaun Wane insists there has been no talk among England’s players about the previous meeting between the teams in Newcastle, though, and expects Samoa to pose a tougher proposition this time around.

“They’re not that sort of group, we’ve never mentioned the first game,” Wane said. “We’ve had a few tough games in this competition and this game will be no different.”

England’s wingers have been grabbing the headlines for their try-scoring exploits in this World Cup, but there have been plenty of contributions from other parts of the field as well. 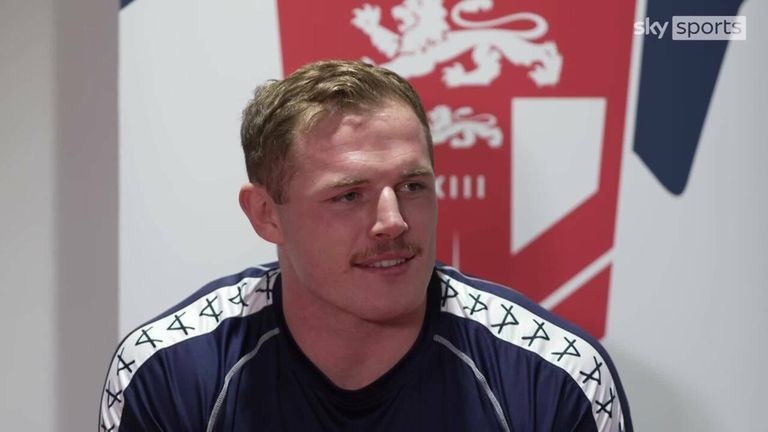 Among those is prop Tom Burgess, who has capped a string of impressive displays at the tournament with four tries in four appearances so far.

But the South Sydney Rabbitohs player is more concerned about doing the traditional roles of a front row rather than getting over the try line.

“I might get thrown out of the front-rowers union if I score again this weekend,” Burgess joked, adding: “I’m not too fussed, to be honest.

“We don’t really acknowledge tries in team runs or review, it’s more about the little effort areas in the forwards and we want to keep doing them, so that’s what I’ll be focusing on.”

Burgess’ contributions so far have led to him being one of three players – along with Radley and George Williams – from Wane’s squad to be nominated for the Golden Boot – the annual award given to the best international player.

The 30-year-old is playing in his third World Cup for England, but feels something different building after the last-gasp defeat to New Zealand in the 2013 semi-finals and 6-0 loss to Australia in the final five years ago.

“We’ve really enjoyed ourselves, but when it comes down to business, we’ve done that work as well.”

No divided loyalties for Radford

Lee Radford will perhaps be the one Englishman hoping for a Samoa victory on Saturday when the sides face off at the Emirates Stadium.

The Castleford Tigers head coach, capped six times by England during his playing career, is serving as defence coach on Samoa boss Matt Parish’s staff at this tournament and is enjoying being part of an international set-up.

Radford is on the opposite side to his Castleford assistant Andy Last – part of England’s coaching staff – too and whoever ends on the losing team will have to get pre-season training under way at the Tigers instead of going to the final at Old Trafford on November 19.

“It’s the first week of pre-season so whoever gets knocked out on Saturday gets the short straw,” Radford said.

“It’s unique, especially with some of the things I’ve done. It’s been really enjoyable, definitely different to what you get in club-land, how religious they are and the priority they put on that and all the ceremonies they have for presentations.

“It’s been a great experience. There was a big appeal with the playing roster they have and to have the chance to work with some fantastic players.”

Luke Thompson comes back into England’s squad, with Matty Lees making way in the only change to the 19 from last Saturday’s quarter-final win over Papua New Guinea. Chris Hill will move to second on the all-time World Cup appearances list if he features in the matchday 17.

Samoa have captain Junior Paulo available after he successfully appealed a one-match penalty notice given to him following the quarter-final victory over Tonga. Former Featherstone Rovers player Fa’amanu Brown has been called into their 19 in place of hooker Danny Levi.