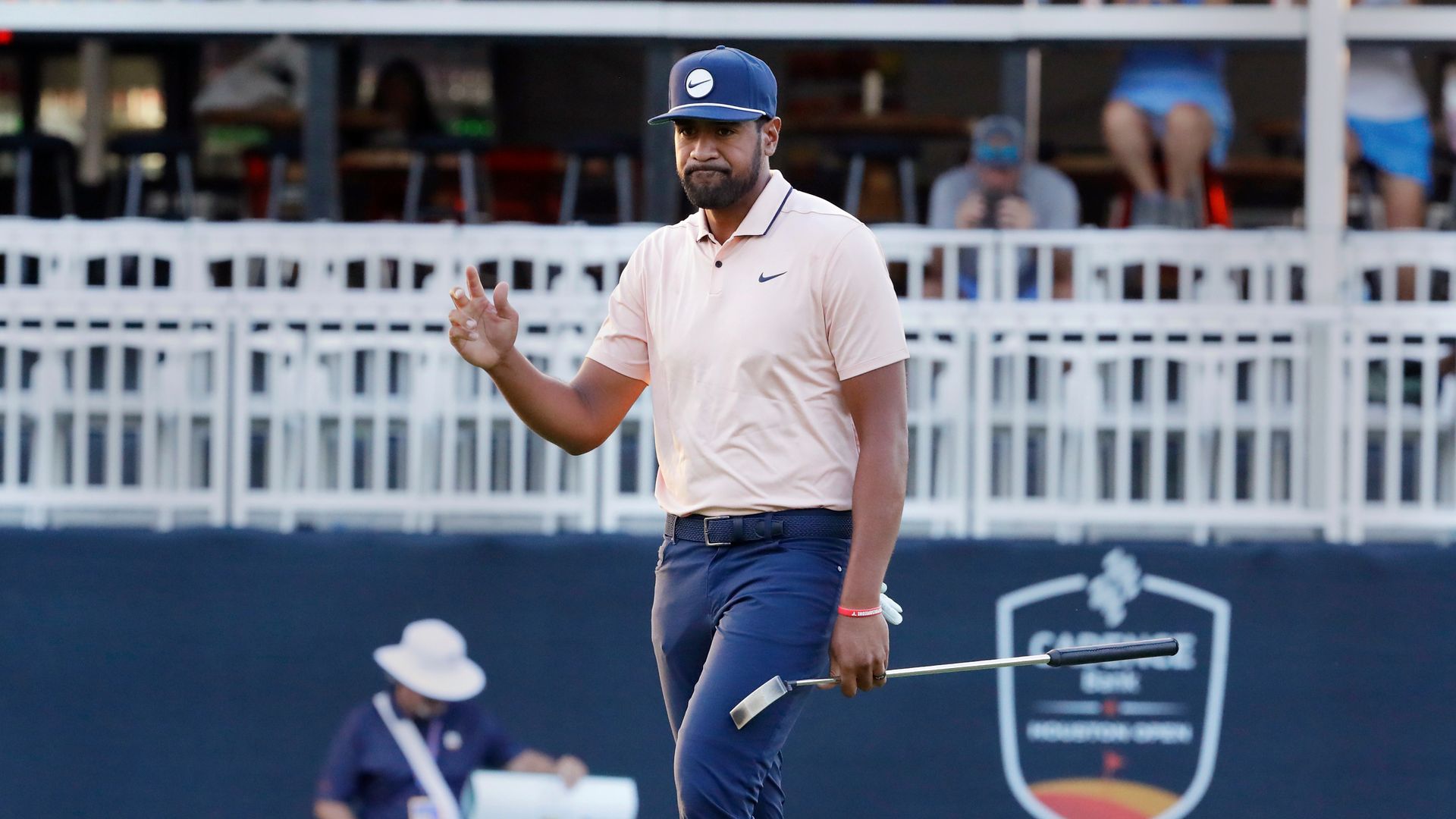 Finau, Noren and Aaron Wise all posted five-under 65s in Houston; Tyson Alexander tied for the lead with one hole to play and one of 13 players unable to complete their opening rounds; Watch the Houston Open throughout the week live on Sky Sports Golf Tony Finau and Alex Noren were part of a four-way tie for the early lead when the opening round was suspended due to darkness at the Cadence Bank Houston Open.

Finau birdied five of his last eight holes to post an opening-round 65 at Memorial Park Golf Course, leaving him on five under alongside Noren, Aaron Wise and Tyson Alexander.

Alexander was bogey-free for the day with one hole to complete when play was called at 5:36 p.m. CT (11.36pm GMT) due to fading light, with the American one of 13 players who will return on Friday to complete their opening rounds.

Finau, beginning on the back nine, was level-par after 10 holes until he followed a 60-foot birdie at the par-three second by taking advantage of the par-five next.

The four-time PGA Tour winner added back-to-back birdies from the fifth, with a 35-foot birdie at the par-three ninth – his final hole – closing a second-nine 30 and putting him in a share of the lead.

“I knew the golf course, it’s a tough golf course to play,” Finau said. “You have to drive it in the fairway and your work’s not done, it’s hard to hit the greens. You know if you miss the green, it’s hard to get up and down, so I was just patient with myself.”

Wise posted five birdies in his blemish-free start, including four in a row from the third, while Noren mixed seven birdies with two bogeys during the opening day.

“I’ve just been in a weird place with my game where I’m obviously playing well enough to shoot good scores, but there’s just a couple shots a round that are frustrating me,” Wise said. “Today, it was bogey-free on the card, but it didn’t feel stress-free.”

David Lipsky, Wyndham Clark, Max McGreevy, Keith Mitchell, Mackenzie Hughes and Taylor Pendrith are all one off the pace after opening-round 66s, while Zack Fischer and England’s Ben Taylor are also on four under with one and two holes remaining respectively.

Justin Rose is two off the early lead and Scotland’s Martin Laird is two off the pace, while Scottie Scheffler – who can move to world No 1 with a victory – opened with a level-par 70.

Watch the Houston Open throughout the week live on Sky Sports. Live coverage continues Friday via the red button on Friday from 12.30pm, ahead of full coverage from 6pm.