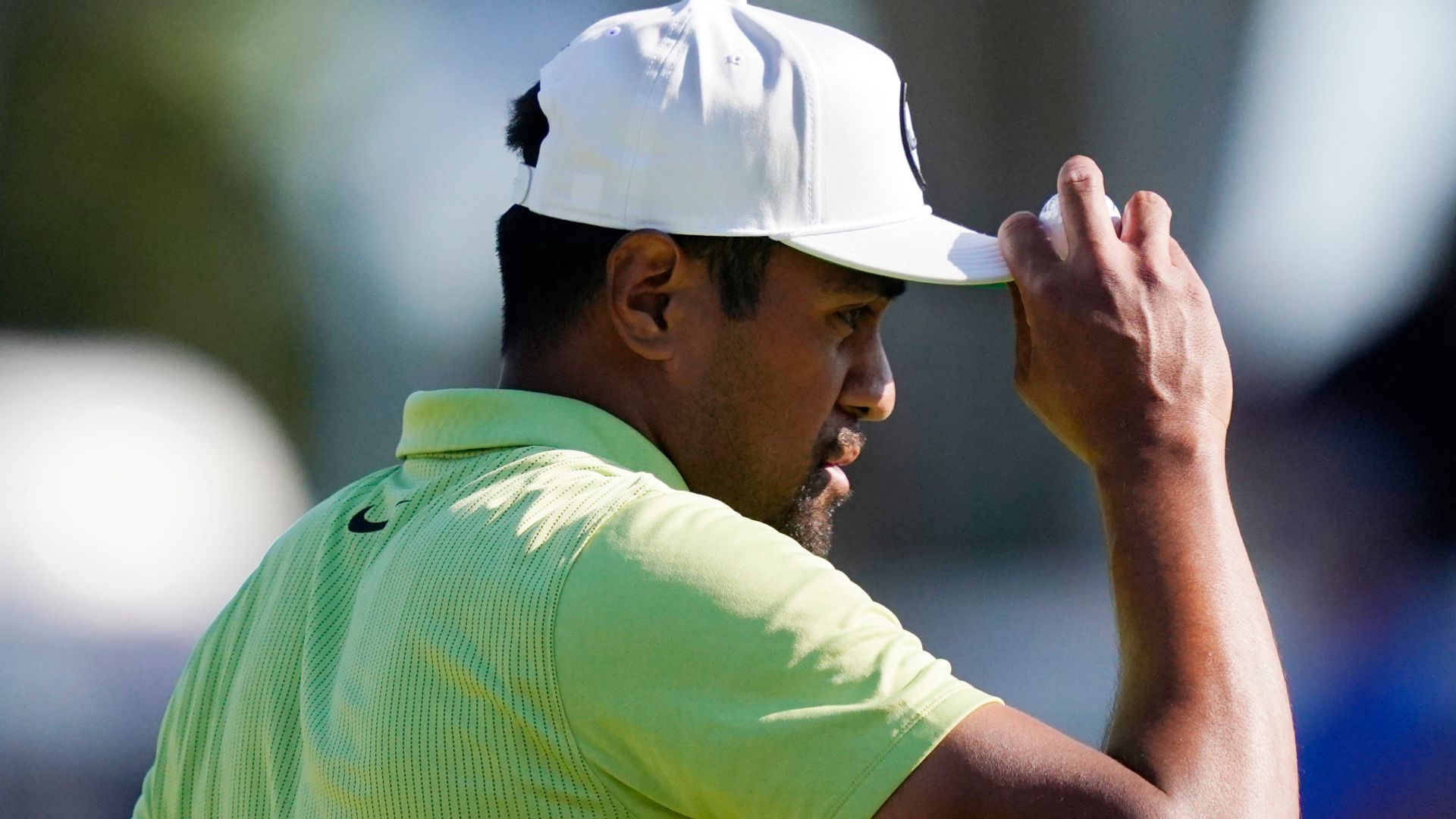 “They set the tee boxes up to where we had to take advantage. We got the better wave. Thirty-six holes is a lot of golf left, and it’s trickier to score with a north wind. But I’m looking forward to the challenge” – Finau; Watch the Houston Open throughout the week live on Sky Sports Golf 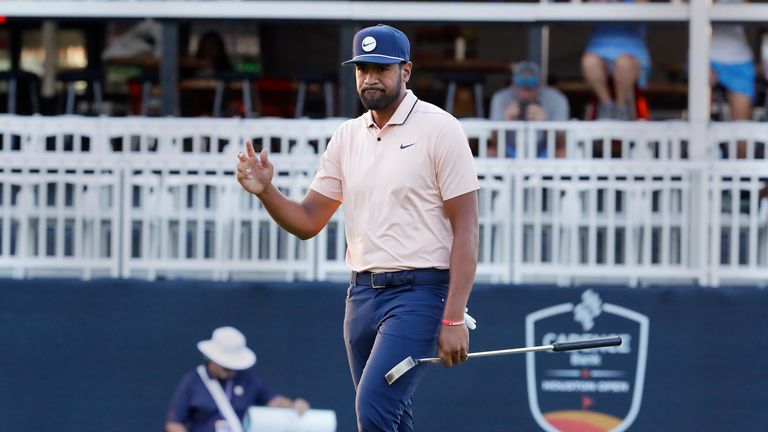 Tony Finau finished his opening round with a string of birdies and then took the momentum right into Friday, making 10 birdies to match his career low with an eight-under 62 to build a big early lead in the Houston Open.

Finau was at his best late in the round at Memorial Park by finishing with three straight birdies. His final shot from light rough left of the 18th fairway still had enough spin to check up about four feet from the hole.

He was at 13-under 127 and four shots clear of Patrick Rodgers (63) among early starters.

Masters champion Scottie Scheffler was among those playing late, and they were likely to see an entirely different golf course. The forecast was for thunderstorms to arrive in the afternoon with some rain and gusty conditions, as the wind turns from out of the north and temperatures drop some 20 degrees.

Also playing late were Alex Noren and Aaron Wise, who shared the 18-hole lead with Finau.

Several tee boxes and pin positions were adjusted to account for the forecast. Finau and the other early starters had relatively calm conditions, and he knew Friday morning was the time to score. That’s just what he did.

“They set the tee boxes up to where we had to take advantage. We got the better wave,” Finau said. “Thirty-six holes is a lot of golf left, and it’s trickier to score with a north wind. But I’m looking forward to the challenge.”

Finau has had a 62 four previous times, most recently the Canadian Open this summer.

Rodgers hit his second shot to inside two feet on the par-five third hole and he started on the back nine for an eagle, and finished with two birdies for his 63.

He was in contention late at the wind-blown Bermuda Championship two weeks ago, tying for third in his quest to finally win on the PGA Tour. Rodgers was among the elite when he left Stanford a decade ago, growing up in the same junior golf circles as Jordan Spieth and Justin Thomas.

“It’s a fine line out here. It takes a lot of patience. I can’t force a win out here on this tour and I can’t control the conditions and the breaks or what anyone else does,” Rodgers said. “If I do a good job of focusing on what I can control and getting lost in my process of playing, I back myself every time.”

“I finished five-under on my last nine yesterday and I just rolled that momentum right into today,” Finau said.

“I thought I made a huge putt for par on No.1 and then I was kind of off to the races. I almost made a hole-in-one on No.2 and just kind of cruising from there. It was a really nice round of golf.”

Watch the Houston Open throughout the week live on Sky Sports. Live coverage continues on Saturday from 6pm on Sky Sports Golf.