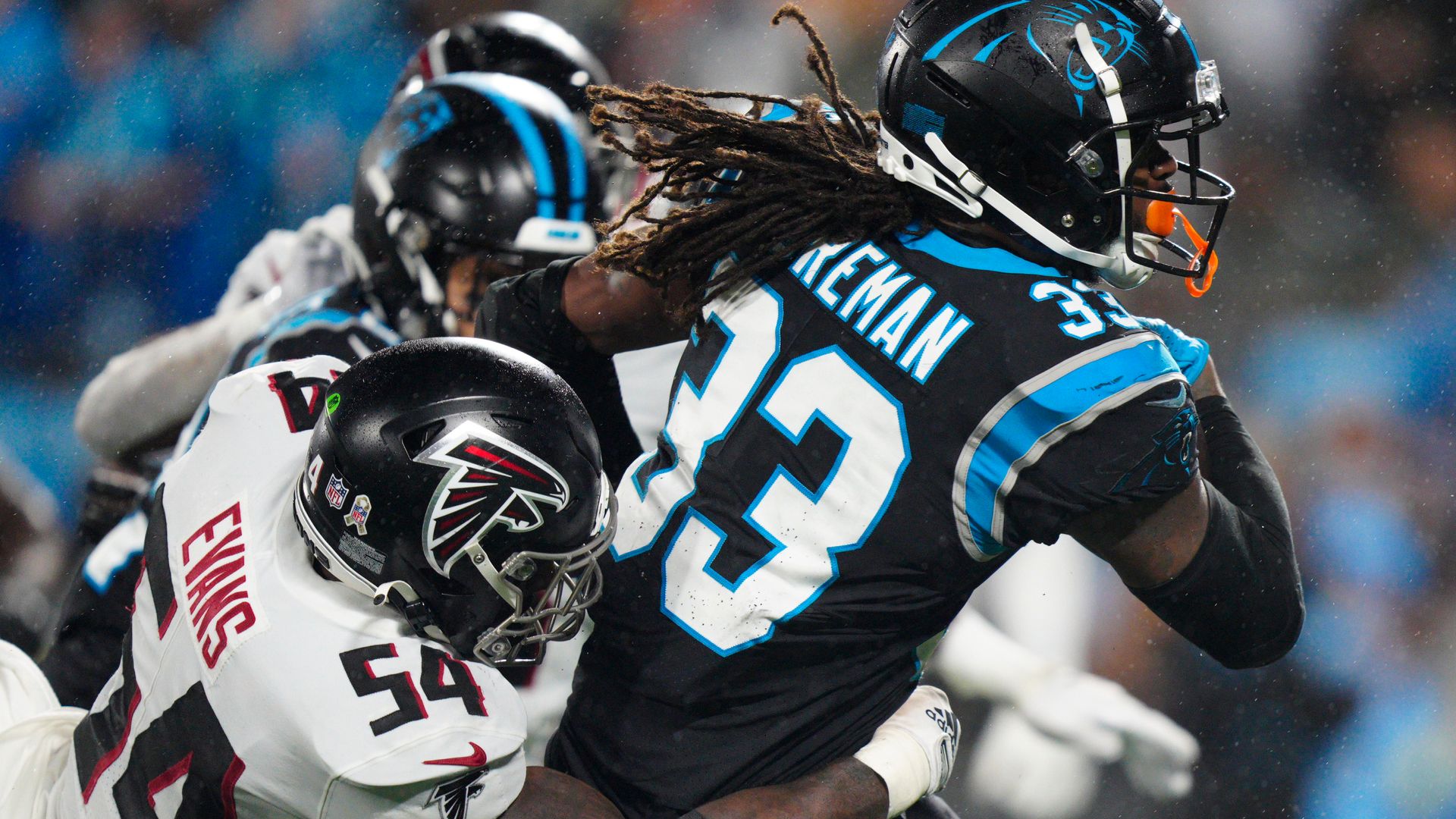 Foreman had 31 carries to spearhead a Carolina Panthers (3-7) ground game that produced 232 yards on a whopping 47 carries; defeat for Atlanta Falcons (4-6) is their second loss in a row

D’Onta Foreman ran for 130 yards and a touchdown as the Carolina Panthers avenged a loss sustained 11 days earlier by defeating the Atlanta Falcons 25-15 in Charlotte.

Panthers quarterback PJ Walker threw for 108 yards on 10-for-16 passing in a game that was close but didn’t quite have the drama of Atlanta’s overtime victory in the first matchup between the NFC South teams on October 30.

Eddy Pineiro, who missed two potential winning kicks in the game at Atlanta, booted four field goals for the Panthers (3-7). Foreman had 31 carries to spearhead a Carolina ground game that produced 232 yards on a whopping 47 carries.

Marcus Mariota threw for two touchdowns and rushed for a team-best 43 yards for the Falcons (4-6), who’ve lost two games in a row. He was 19-for-30 for 186 yards in the air with an interception.

Trailing 22-15, Atlanta got the ball back with 2:33 to play, but two sacks on the ensuing possession doomed the Falcons. The Panthers recorded five sacks.

The Panthers built a 13-0 lead over the game’s first 28-plus minutes with Pineiro making field goals of 46 and 49 yards on either side of a Laviska Shenault Jr. 41-yard scoring run.

Atlanta didn’t score until Younghoe Koo’s 33-yard field goal on the last play of the first half and it was a big contrast from the last game for Carolina, where they trailed 35-0 at the break on Sunday at Cincinnati in an eventual 42-21 loss.

The Falcons perked up in the third quarter when Mariota’s seven-yard pass to Drake London gave them their first touchdown and drawing them within four, although Koo missed the extra-point kick.

Foreman’s 12-yard touchdown run with 1:51 left in the third quarter also was followed by a missed extra-point kick.

Pineiro made amends with a 40-yard field goal for a 22-9 lead with 9:22 left in the game and Mariota threw 25 yards to KhaDarel Hodge for a touchdown with 2:56 to play, but Koo’s extra-point try was blocked.

The only scoring from that point was Pineiro’s insurance 37-yard field goal for the game’s final margin with 10 seconds to play.