Race of the Day: Goldie to finally score with Geremia? 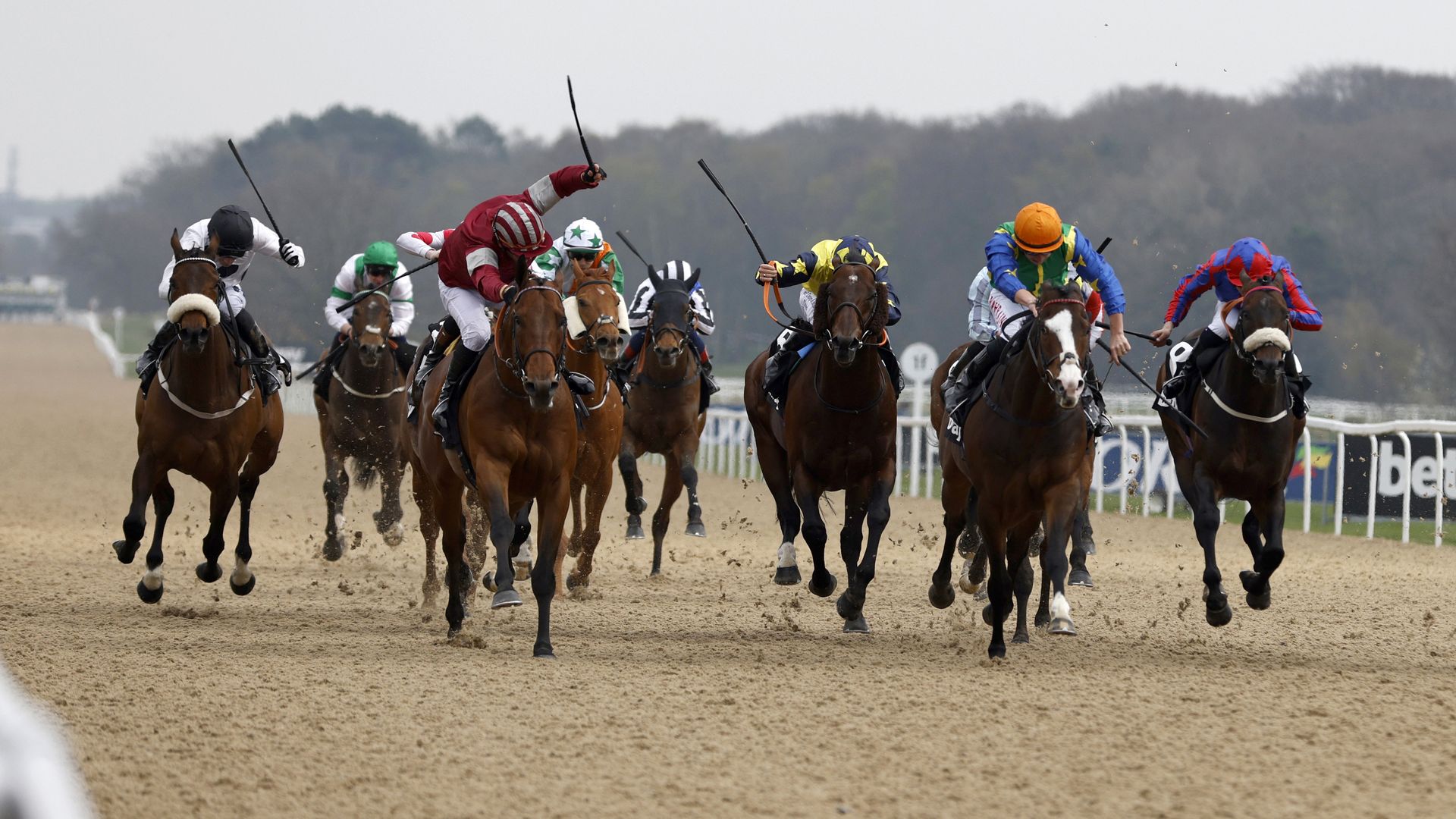 Alan Thomson is back with his Race of the Day, taking aim at a cracking staying contest at Newcastle, live on Sky Sports Racing.

The Sky Sports Racing cameras return to Newcastle for another Friday slot and eight runners are declared for the Class 4 BetUK Over 40,000 Live Streamed Races Handicap (3.20) over two miles.

Newcastle’s left-handed Tapeta track, measuring 1m 6f in circumference, has been riding on the slow wide, so stout stayers are likely to find conditions in their favour.

Today’s race should be run at an honest gallop as three-year-olds Mostly Sunny and Kincade like to be ridden prominently. Paul Mulrennan has ridden 19 winners at Gosforth Park this year, four more than Jason Hart and Kevin Stott.

Grant Tuer tops the training ranks with 15 winners, followed by George Boughey (14) and Richard Fahey (12). Boughey’s impressive 34 per cent strike-rate is equalled only by William Haggas (11).

One of the most frustrating horses in training. Jim Goldie’s gelding has stacks of ability but habitually loiters coming out of the stalls, forfeiting many lengths. He gave them all a head start (again) when running fifth to Israr at muddy Doncaster 20 days ago and ran on well from an impossible position to take sixth spot behind Tregony over 1m 2f here in mid-September.

That run was followed by a midfield finishing position in the Cambridgeshire when drawn on the ‘wrong’ side at Newmarket. Geremia won three times for previous handler Marco Botti, including over two miles at Kempton, and today’s trip should give Paul Mulrennan plenty of time to creep into the race.

The Tuer yard is going through a quiet spell, although his ex-Irish debutant Walking On Clouds ran Mr Trevor close here last Friday. Real Terms has more than paid her way in 2022, winning three times, including over 1m 2f here in July off a 5lb lower mark.

Has tried this longer trip a couple of times this summer, posting a fine fifth to subsequent easy Cesarewitch winner One For Oscar at Haydock in early August and then fading into sixth at York the following month. Real Terms has been placed twice at Catterick on deep ground recently and she is shortlisted.

Ran a respectable fifth to Lady Percival over 1m 6f at Wolverhampton 11 days ago, his most encouraging effort for Rebecca Menzies since switching from Charlie Fellowes. Blow Your Horn won over 1m 4f here for his previous handler and is not dismissed out of hand.

Never showed with a chance in a ‘hands and heels’ apprentices’ handicap over two miles at Newbury last time when sent off favourite. The grey was tucked in from his very wide draw and consequently forfeited many lengths, before running on into seventh.

His earlier second to Zikany over two miles at Goodwood entitles Tralee Hills to consideration, with William Carver taking off 3lb. Has had 41 races but this will be his first trip to Newcastle.

Appeared to get bogged down on heavy ground at Haydock four weeks ago and Jedd O’Keeffe’s three-year-old may be better judged on his hard-fought victory over stable companion Nikhi over 2m 1f at Pontefract.

Kincade also led until collared by Trojan Horse at Ripon in April and may well be allowed to stride out up front. The assessor seems to have him pegged but the booking of Danny Tudhope is a positive.

Billy Garritty teamed up with Micky Hammond’s stayer to record dual victories at Wolverhampton last winter and the gelding’s handicap rating suffered as a consequence.

The Rutland Rebel has been campaigned mostly over hurdles this summer and led in the final strides over 2m 4f at Perth in July. (Declared 3.55 Newcastle, Thursday).

Heather Main’s three-year-old makes the journey north boasting solid credentials. Her gelding chased home Jacovec Cavern in the Newbury mud three weeks ago, the front two pulling 17 lengths clear of the third. The blinkers worn for the first time that day are, not surprisingly, retained and P J McDonald takes the mount.

Mostly Sunny’s previous visit to Gosforth Park was not quite so eye-catching, although his seventh to True Courage came in a competitive Class 3 contest. He won a 1m 4f restricted novice stakes at Leicester in early July and this longer trip should be within his compass.

Appeared quite exposed through the summer months but Mark Johnston’s filly has blossomed in recent weeks under Richard Kingscote. She chased home favourite Blazeon Five over two miles at Kempton and built on that performance with a commanding Wolverhampton success just four days ago.

The daughter of Ulysses is penalised 6lb but is clearly in terrific heart. World Without Love led on a previous visit to this track in early August when reeled in by East End Girl (Fakenham winner on Tuesday) but has adapted positively to hold-up tactics on her last two starts.

GEREMIA is certain to give all seven opponents a start as his slowcoach antics from the stalls are well known. However, there is unlikely to be a breakneck pace in this small field and Paul Mulrennan should be able to latch himself on to the pack.

Jim Goldie’s four-year-old has slipped to his lowest mark in 14 months on the back of a lengthy losing run but generally competes at a higher level. If he doesn’t surrender too much ground at the off, Geremia should be competitive. Risky but potentially rewarding.

Mostly Sunny almost succeeded in slipping his field at Newbury and made all when winning at Leicester in early summer. World Without Love has led in the past but new hold-up tactics have been working a treat.