Redknapp: Maddison too good to ignore | ‘England must take risks’ 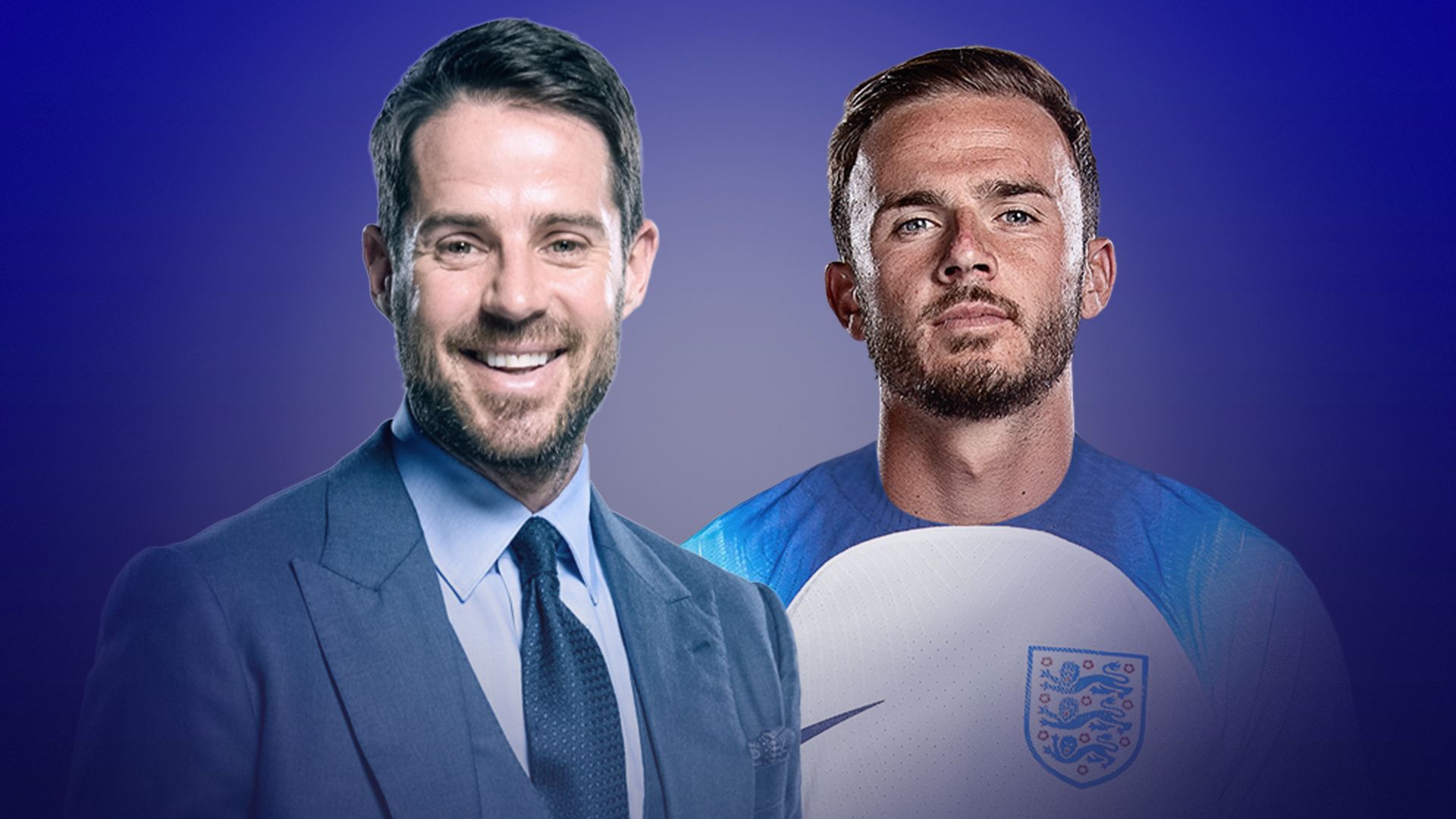 Jamie Redknapp says James Maddison was too good to ignore for England’s World Cup squad and wants the team to take risks to try and win the tournament.

The Leicester midfielder was a surprise inclusion in Gareth Southgate’s 26-player group announced on Thursday, with Newcastle’s Callum Wilson and Chelsea midfielder Conor Gallagher also among the squad.

Manchester City duo Kyle Walker and Kalvin Phillips were also named, despite there being question marks over their fitness, while James Ward-Prowse, Ivan Toney, Tammy Abraham and Fikayo Tomori missed out.

Speaking on Sky Sports News, Redknapp discussed Southgate’s selections – including why he is not surprised Phillips was named in the squad – ahead of England’s opening game against Iran on November 21.

‘A travesty if Maddison wasn’t picked’ “I had a little text exchange with James on Thursday and he said he’s so excited and so happy. I know that feeling and I’ve had both sides of it – the jubilation of getting into a squad and the disappointments of being injured and missing out on squads, like Reece James has and I feel terrible for him.

“I think he was too good to ignore and I said that at the weekend. It would have been a travesty if he’d not been picked. The form he’s been in with goals and assists in a Leicester side that has struggled, but it’s not just been the last few months that has got him in, I think it’s the last year.

“Obviously there was something between him and the manager previously and that’s understandable. But the fact that Gareth is big enough to turn around and say ‘that’s gone now, we’ll get on with it’. If he’s playing well enough and training well enough and forces his way into the team, stranger things have happened.

“We do have an abundance of good midfield players and forward players, so it’s not going to be easy to be in the starting XI. I remember being at Euro ’96 and I wasn’t in the starting team, but I trained really well and managed to come on against Scotland and force my way into Terry Venables’ thoughts. I think that’s all you can do if you’re not quite one of those 11 starters.

“It’s a big squad and the only way you can do it is to train well, show a great attitude and who knows, there might be a couple of injuries in your position. Before you know it, you’re getting a start or coming on to make an impact in the game and it’s going to feel like that kind of World Cup.

“It’s unprecedented what we’re going to go through because normally, you have a four or five-week period to get yourself into a game-ready position, but the guys are straight out of the Premier League and playing very quickly. Who knows how it’s going to affect certain players so everybody in that squad has to be ready and waiting for their chance.” 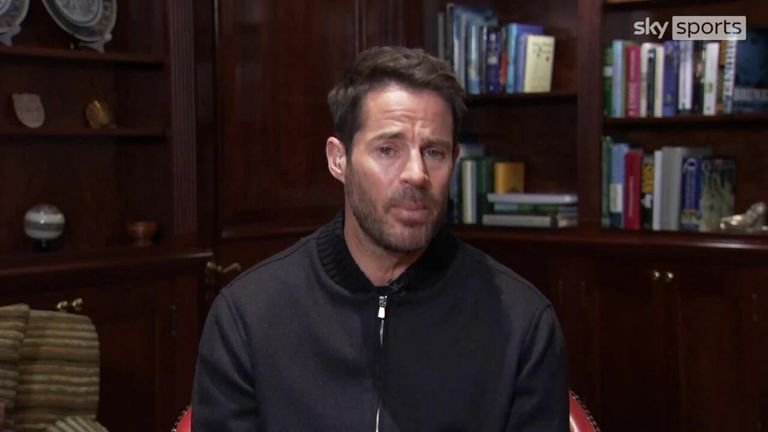 “We have got players that are a bit like Maddison. I look at Phil Foden and everyone talks about him as a forward player and he’s been picked in that department, but I think if you ask Phil, I think he’d rather play in midfield in that No 10 role.

“You also have Mason Mount alongside Maddison and they’re the players that can receive it on the half turn – like a Paul Scholes or Paul Gascoigne – someone who can drive with the ball and do something different. They take risks with their passing and that’s been something that, over the last few years with England, we’ve been safe [with]. I like the fact that he (Southgate) has picked players and has players in the squad that are going to take risks with the ball.

“They’re not afraid to lose it or pass it forward and set someone up for an opportunity. That’s what we need, that’s what Harry Kane is going to need if we’re going to be successful. We’ve got Bukayo Saka in wide areas, he’s in brilliant form and it’s a squad that’s been picked on form.

‘I’m not surprised by Phillips inclusion’

“I don’t think he’ll start, but it won’t take him long. He played in midweek in the Carabao Cup and he’ll find his feet quickly.

“There will have been a lot of dialogue between Gareth and Pep Guardiola, talking about his fitness. He had a fantastic Euros, I remember being at the Croatia game when he was the best player on the pitch – he won man of the match – and Gareth trusts him.

“Bellingham and Rice will start as the two midfield players and whoever in front of them. But Phillips is the sort of player that understands that role when there’s 10 or 15 minutes to go and you want someone to come on into that midfield area, shore it up and make sure you’re a bit more defensively minded.

“He’s a beautiful passer of the ball, he strikes the ball well, so I’m not surprised he picked him.

“Of course, if you are James Ward-Prowse, you might be a bit disappointed because you’ve played every single minute for your team and you see somebody who has just come in from nowhere really and is going to get picked ahead of you.

“That’s where it might be difficult for other players to accept, but I can see Gareth’s thinking. I’m a fan of him, he’s a lovely footballer and one that I can understand why he’s picked.

“He’ll be fresh and ready to play and that’s where you just have to sometimes take chances. You are going to pick up injuries in this squad, but you’re also going to have a situation where you’re going to have a little bit of time to train him, time to watch games and he might be a little bit of a wildcard to a certain extent with 10 or 15 minutes in the games, but that might be what he’s used for in this World Cup.”

‘Wilson over Toney would have been toughest call’ 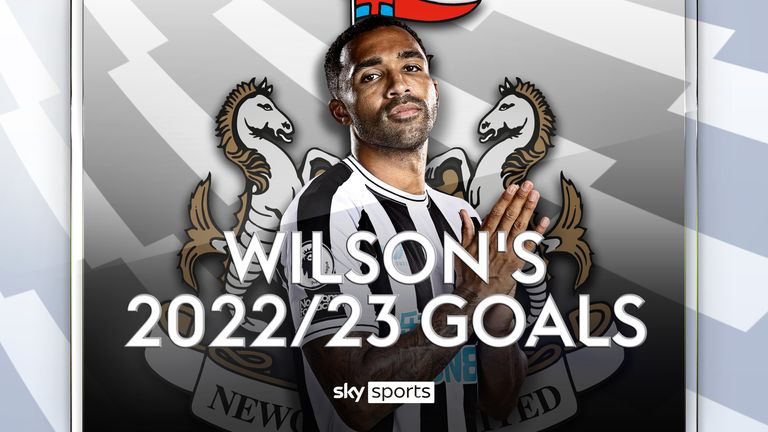 “This would have been one of the toughest calls because Tammy (Abraham) has been out of form, I know he scored for Roma in midweek, but he’s perhaps not had that run that you need.

“But for Wilson, I think it’s a straight shootout with Ivan Toney and both of them are good players. They have their own ticks in the box – Toney is a fantastic penalty taker, a good scorer, good in the box and has improved beyond all recognition.

“But what probably goes for Wilson is the form he’s been in for Newcastle, the goal threat, he can score all types of goals, good in the air and if we were to have an injury to Kane, he’d be the one you would be looking at to come on.

Should Chris Smalling have been considered?

Sky Sports’ Jamie Redknapp: “I look at that squad and a player that has hardly had a mention who I know has done a brilliant job for Jose Mourinho as well is Chris Smalling.

“He’s probably been as good as any defender we’ve seen this season, but because of perhaps previously not being in good form for Man Utd or England, but he’s unlucky and Tomori’s unlucky.”

“That was a tough call and I’m sure Gareth will feel really disappointed for the players he couldn’t pick but that’s what you get paid the money for and why you have to make decisions.

“Players like Ward-Prowse and Toney – who have had a really good season – have got to hang in there because there’s another round of fixtures to go and stranger things have happened with people picking up injuries. 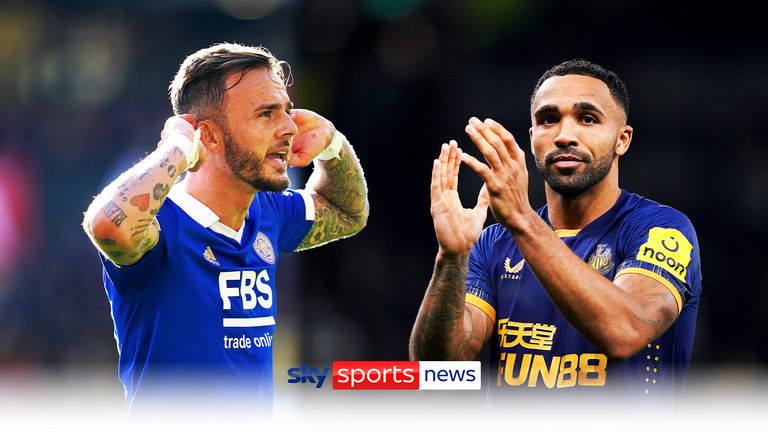 “Especially for James because he’s missed out on a couple, he missed out on the Euros and he’s been in brilliant form. It’s just one of those things, there’s not a lot you can do. You’ve just got to take it on the chin and they’re still at an age where they can hopefully play in the Euros [in 2024] with their form.

“It’s a tough one because you’re going to have to watch the World Cup and not be there, but there’s not a lot you can do. You have to keep your head up, keep your spirits up and the people around you are going to be so influential as well in helping you do that.”

What is England’s potential route to the final?*

If England/Wales win Group B….

If England/Wales finish second in Group B…