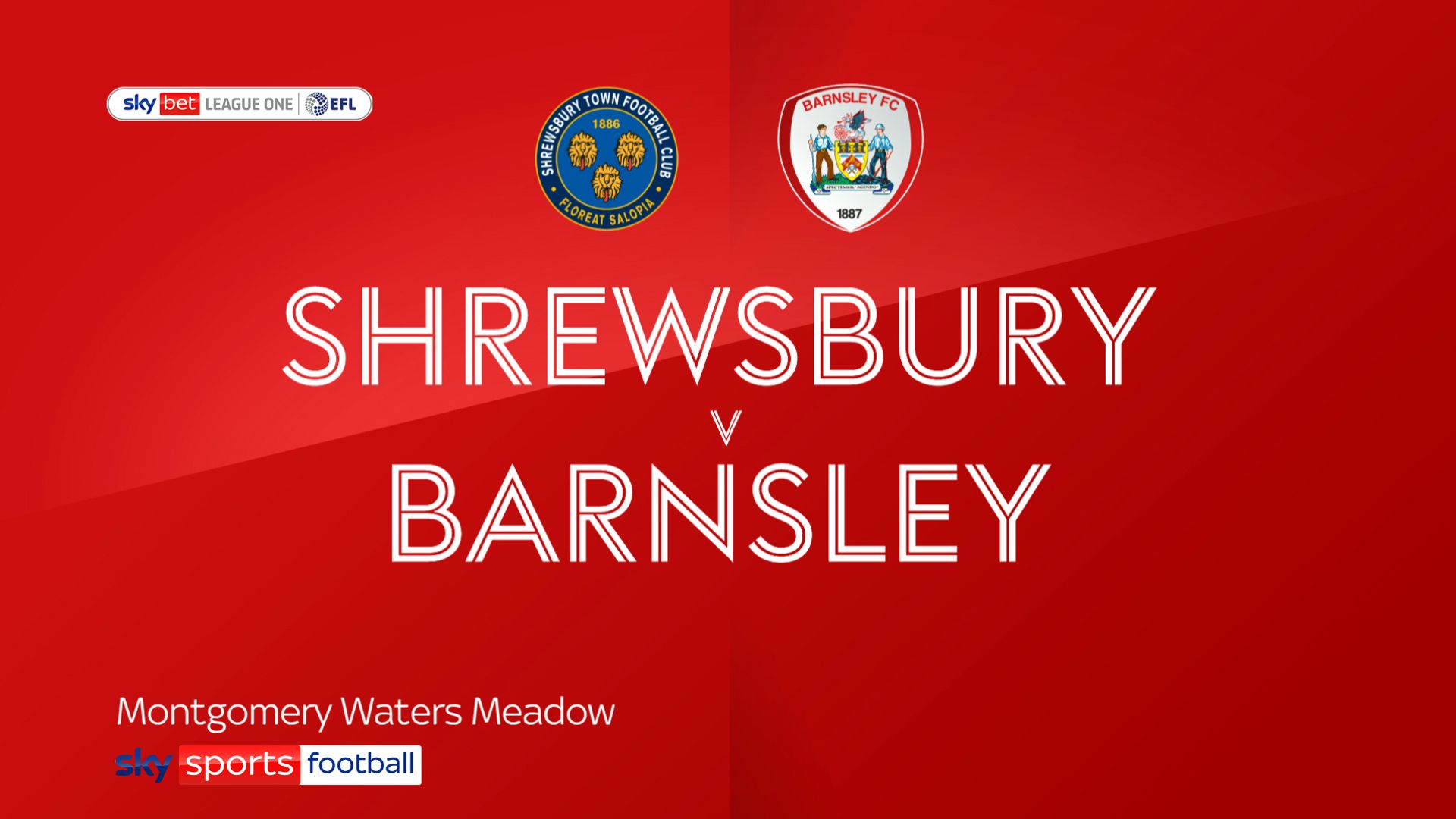 Barnsley made it three successive wins in all competitions with a battling 1-0 victory at Shrewsbury.

Adam Phillips netted his first league goal for the Reds in the 10th minute, finding the bottom right corner from 12 yards after good build-up from Herbie Kane and Devante Cole.

Shrews striker Ryan Bowman was inches away from turning in a Taylor Moore shot which whistled just wide, before Slobodan Tedic fired off target from five yards at the other end after a Cole header was saved.

The Shrews badly struggled to break the visitors down and were restricted to a series of wayward long-range shots as Barnsley showed why they have the best defensive record in Sky Bet League One.

Cole chipped an effort over the bar from the left of the box on 85 minutes after good work by Phillips. At the other end, Luke Leahy shot well over from 15 yards out after a scramble in the box.

There was a flare-up in the sixth minute of stoppage time after a foul on Barnsley goalkeeper Brad Collins, but the final whistle went seconds later.