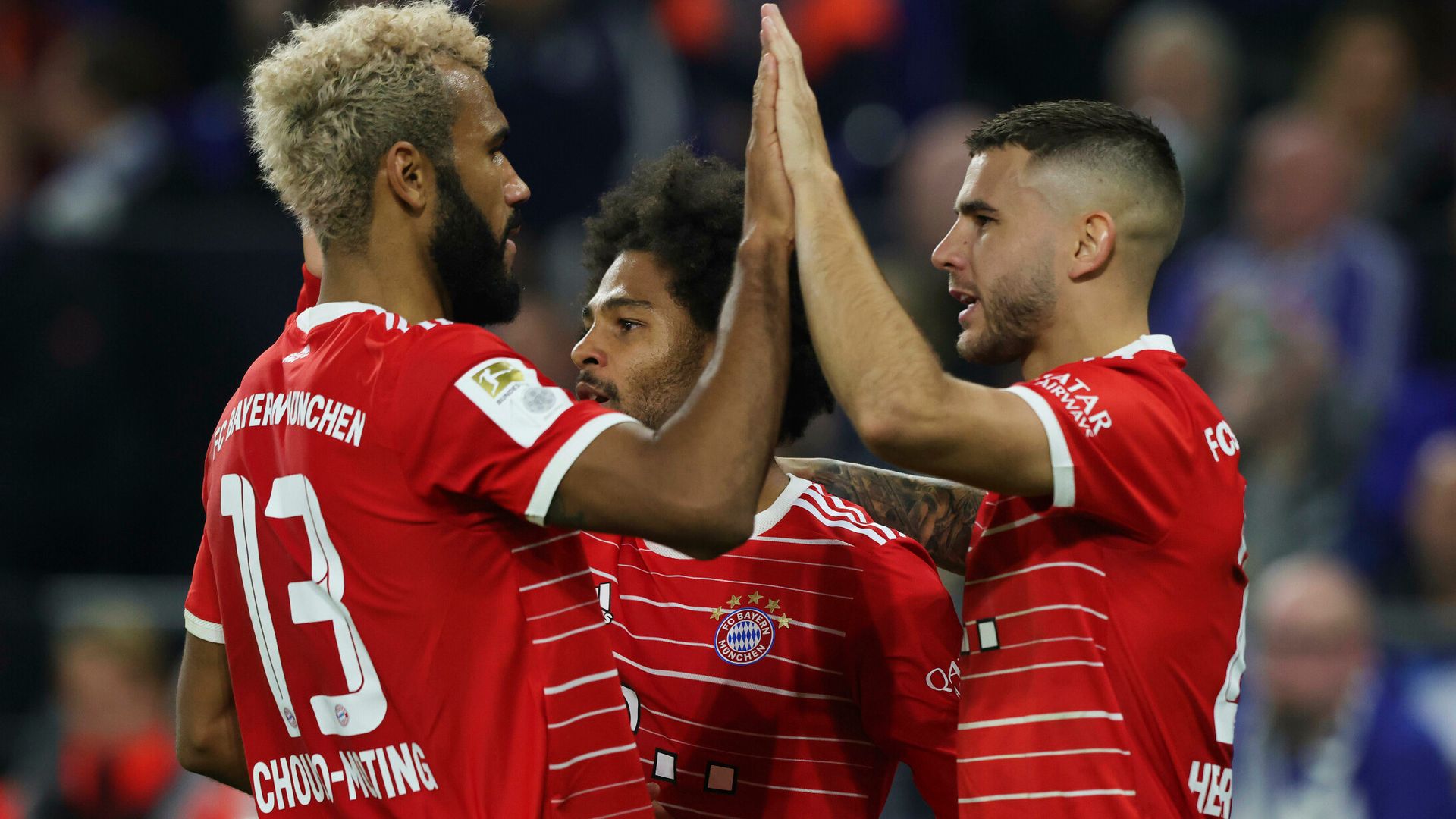 Bayern Munich won 2-0 at Schalke to make sure of top spot in the Bundesliga going into the World Cup break as they hunt a record-extending 11th straight league title.

The Bavarians, who fielded a starting line-up consisting entirely of World Cup-bound players, scored once in either half with Serge Gnabry and Eric Maxim Choupo-Moting, with Germany international Jamal Musiala delivering both assists.

Bayern’s sixth consecutive league win -and 10th across all competitions – lifted them to 34 points, six ahead of second-placed RB Leipzig, 2-1 winners at Werder Bremen. Freiburg and Union Berlin, both on 27, face each other on Sunday.

Bayern had the upper hand from the start but it was not until Musiala, who at 19 is the youngest Bayern player to reach 100 matches, combined well with Germany team-mate Ganbry for the lead in the 38th minute.

“He listens well and he wants to develop. He just has a lot of talent. He also has improved defensively,” he said.

The teenager, who also has nine league goals, delivered his sixth assist of the season for Cameroon forward Choupo-Moting, who had earlier come close with a glancing header, to tap in seven minutes after the restart and leave Schalke in last place following their eighth loss in the last nine matches.

The 33-year-old forward is himself in fine form going into the World Cup with 11 goals in all competitions, including six in the league.

The Bundesliga goes into a prolonged break following this weekend’s matches due to the start of the World Cup in Qatar next weekend and will resume on January 20.

Napoli almost squandered the chance of setting a club record of 11 consecutive Serie A victories within a season when they let slip a three-goal advantage before securing a 3-2 home win over Udinese.

Victor Osimhen put the league leaders ahead after 15 minutes when he elegantly headed home a cross from Elif Elmas.

Piotr Zielinski doubled the lead in the 31st minute with a shot from the edge of the box after being played in by Hirving Lozano.

The hosts continued to press in the second half and Elmas was set free by Andre-Frank Zambo Anguissa in the 58th minute to add the third.

Udinese reduced the deficit 11 minutes from time when Isaac Success chested the ball to Ilija Nestorovski who fired the ball into the net.

Lazar Samardzic pulled another goal back three minutes later and Napoli coach Luciano Spalletti cut a frustrated figure as his side held firm in the closing stages to secure the victory.

Napoli top Serie A with 41 points, 11 ahead of Lazio who play Juventus on Sunday before the World Cup break. Udinese are in eighth place.