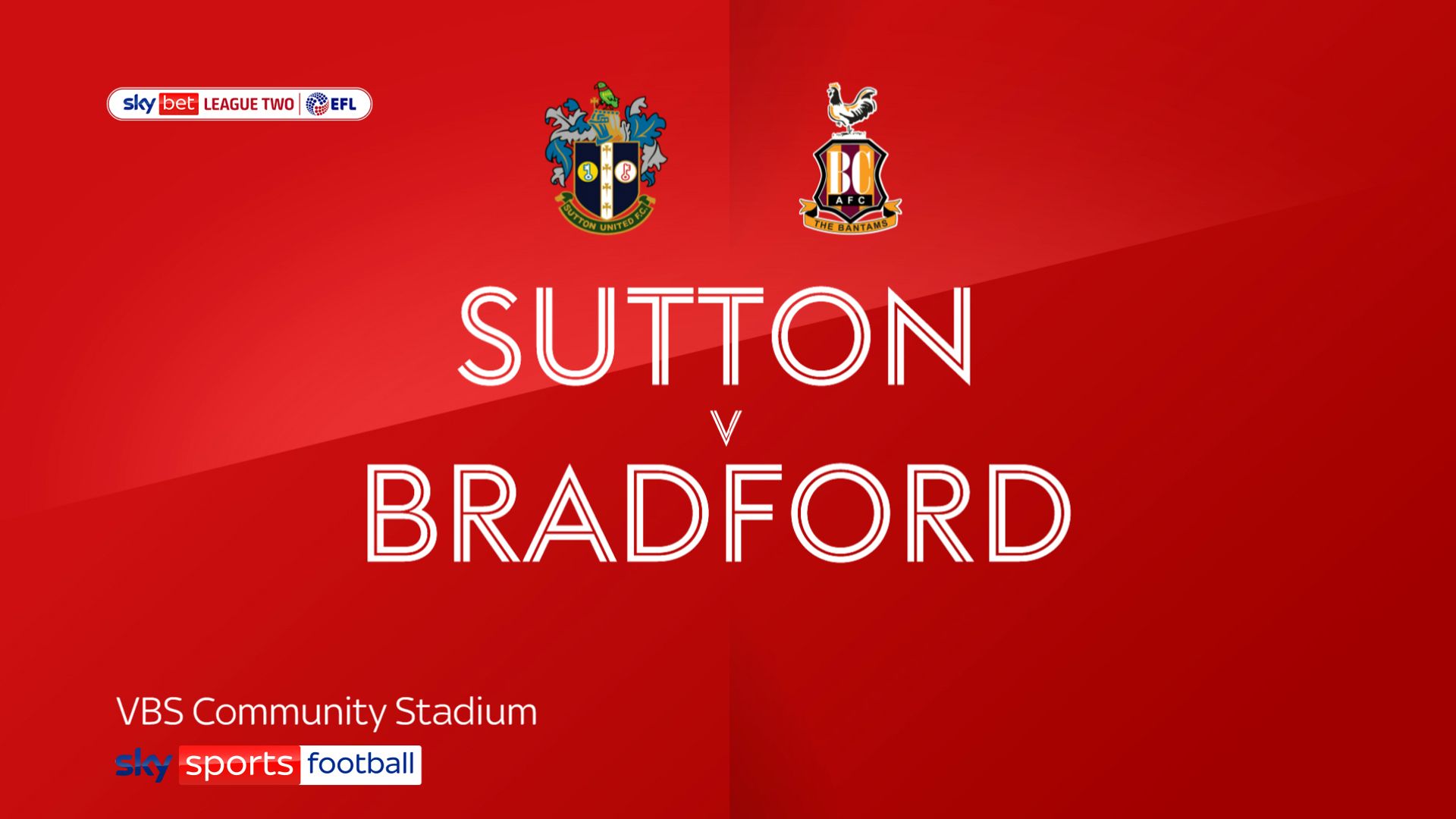 Bradford maintained their fine away form as they beat wasteful Sutton 2-0 at Gander Green Lane.

Mark Hughes’ side fired themselves within touching distance of the League Two automatic promotion places with their sixth win in seven unbeaten games on the road.

The hosts unsettled the high-flying Bantams in the first half, with Will Randall forcing a good low save from Harry Lewis before Craig Eastmond threatened with a strike.

But Andy Cook put the visitors ahead against the run of play as he poked home his 15th goal of the season, from Abo Eisa’s deflected effort, eight minutes before half-time.

Rob Milsom did well to deny the visitors a second before the break as he cleared Harry Chapman’s shot off the line.

But it took the potent Bantams just six minutes after the restart to double their lead thanks to Scott Banks’ fantastic strike.

Banks almost added a second with a free-kick before Jack Rose kept him out later in the half.