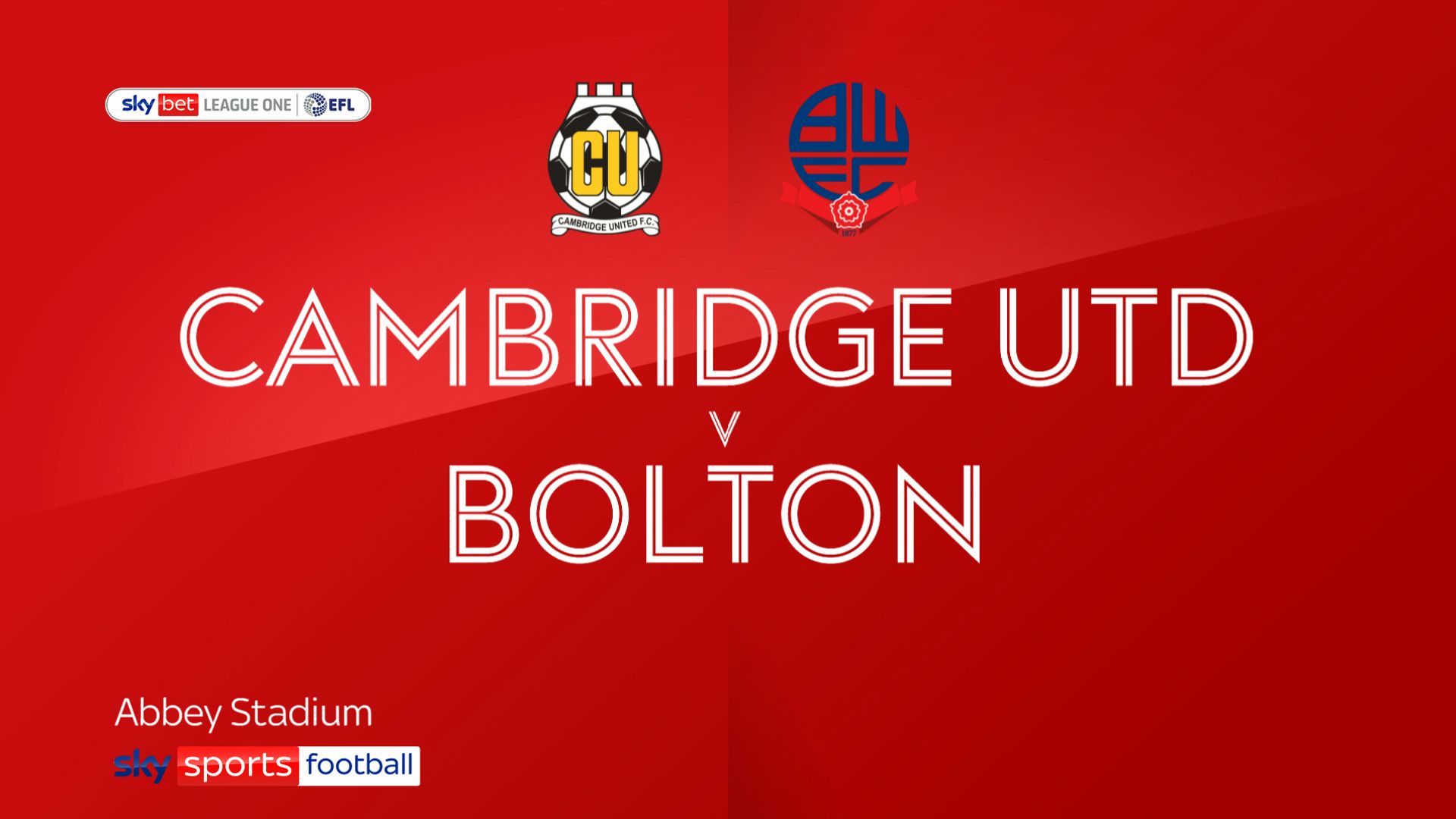 Cambridge and 10-man Bolton shared an exciting but ultimately goalless League One draw on Saturday afternoon.

On Remembrance Weekend, the game was notable for being the first EFL fixture ever to be officiated by four serving members of the Armed Forces.

Elias Kachunga’s earlier volley only narrowly cleared the Cambridge crossbar, while the hosts’ best chance of the first half came when Jack Lankester’s effort was deflected narrowly off target.

A minute after the break, Lankester squared for Harvey Knibbs, whose effort was brilliantly saved by James Telford.

Twenty minutes from time, an intricate Cambridge attack saw the ball pulled back to Lankester, who fired over.

And after 73 minutes, Bolton missed a huge chance to grab a winner, only for the unmarked Gethin Jones to head Jack Iredale’s corner wide, while – seconds later – Dempsey was dismissed for bringing down Knibbs.

Trotters boss Ian Evatt was booked just before the end for his protestations to Drysdale.