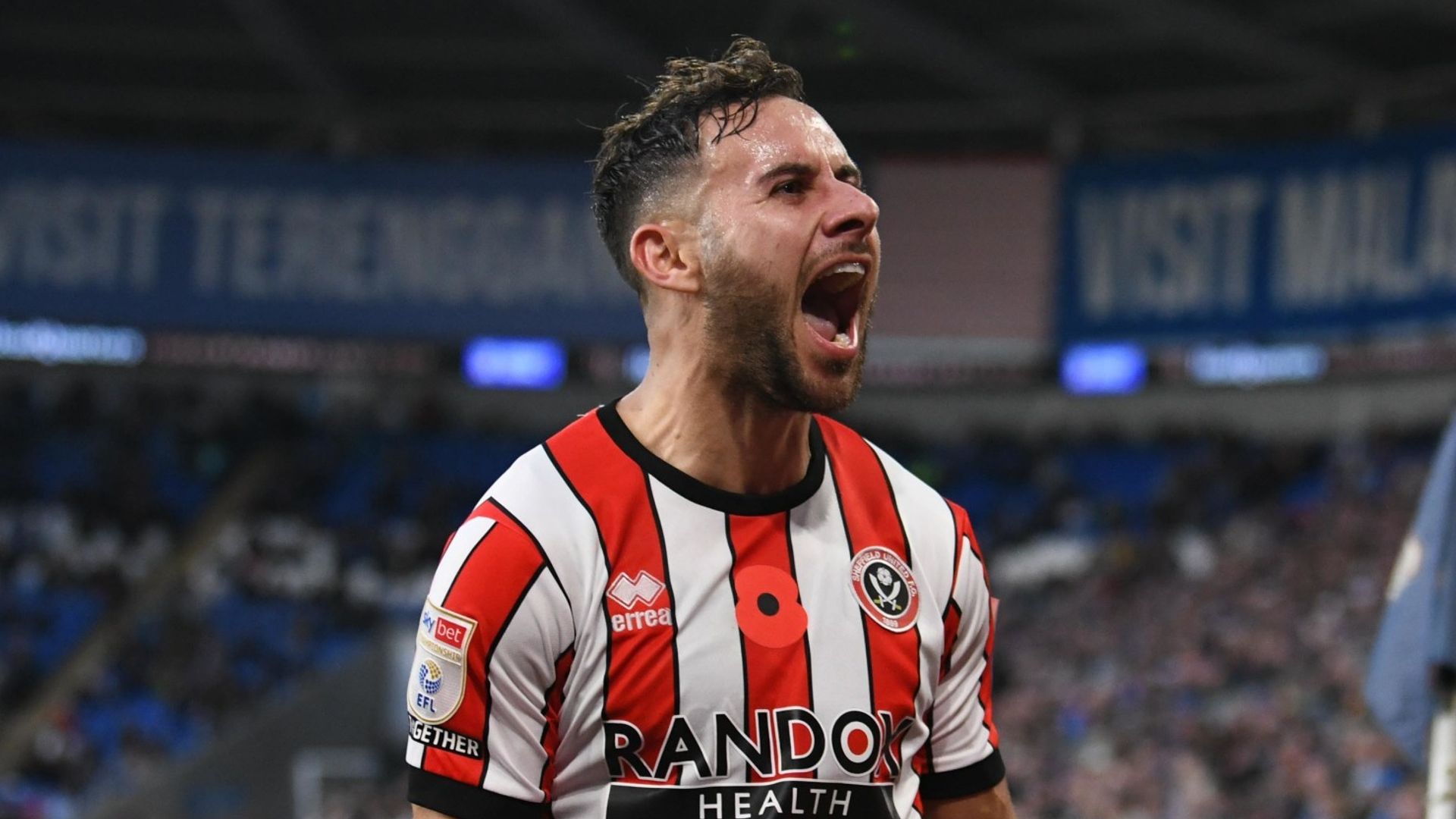 Sheffield United returned to winning ways following their loss to Rotherham on Tuesday with a 1-0 win against Cardiff.

George Baldock scored the only goal of the game for the Blades to return to the top of the table, while the Bluebirds drop to 19th.

Zian Flemming scored a hat-trick for Millwall to lift them back into the Sky Bet Championship play-off places as they beat Preston 4-2.

Flemming’s double put Millwall ahead in the first 16 minutes of the game, but Preston pulled back when goals from Andrew Hughes and Ched Evans brought the scores level going into the break.

The Dutch midfielder scored his hat-trick in the 64th minute to put the Lions back in front before Charlie Cresswell added a fourth to take the Lions up to sixth in the table.

Josh Sargent scored his ninth of the campaign to put the Canaries ahead in the seventh minute, but Riley McGree levelled in the 64th minute.

Michael Carrick’s rejuvenated side continued to search for a winner, with Crooks hitting a stoppage-time strike to make it four consecutive league games without a loss for Boro.

Interim Luton boss Mick Harford saw his side snatch a late point at home to Rotherham as they drew 1-1.

Former manager Nathan Jones left for Premier League side Southampton on Thursday, and the Hatters went a goal down in the first minute of the game when Jamie Lindsay put the Millers in front, but Luke Berry scored in the 90th minute to earn a draw.

Liam Rosenior’s first home game in charge of Hull ended in defeat as the Tigers fell to a 2-1 defeat to Reading thanks to a late own goal.

Jacob Greaves put Hull in front before Yakou Meite equalised, but a rebound off Ryan Longman saw Hull concede right at the death.

Coventry continued their good spell of form as goals in each half from Viktor Gyokeres saw them earn their fourth straight league win with a 2-0 victory against QPR.

Marvin Ekpiteta was sent off for Blackpool in the 17th minute, but they took the lead through Gary Madine.

James McClean levelled for the Latics nine minutes into the second half and Tilt found the winner with two minutes on the clock.

The Tangerines drop into the relegation zone, while West Brom climb out of the bottom three into 21st after a 2-0 win against Stoke.

Kyle Bartley put the Baggies in front six minutes before the break and Brandon Thomas-Asante doubled their lead early in the second half with an overhead kick.

Sky Bet League One leaders Plymouth were held to a 1-1 draw at gutsy Lincoln.

Plymouth opened the scoring just past the half-hour mark. Adam Randell pounced on a loose ball before cracking home a low shot from 20 yards.

But Max Sanders scored for the Imps to share the spoils.

Luke Woolfenden’s early goal was cancelled out by Ryan Broom as lowly Cheltenham grabbed a point in a 1-1 draw at high-flying Ipswich. The Tractor Boys remain second, four points behind Plymouth.

Exeter staged a rousing late comeback to claim a 3-2 victory over fourth-placed Peterborough at St James Park with Jevani Brown haunting his former club with an injury-time winner.

Morecambe held fifth-placed Portsmouth to a 1-1 draw. Derby are up to sixth after bouncing back to win 3-1 at MK Dons.

Bolton’s goalless draw at Cambridge leaves them in seventh. An Adam Phillips goal saw Barnsley win 1-0 at Shrewsbury and climb to eighth.

Leyton Orient maintained their three-point lead at the top of Sky Bet League Two after a 2-0 win at Harrogate.

Paul Smyth’s early header and George Moncur’s penalty put Orient in control at half-time and that was enough for the Londoners.

The top three all recorded victories, with Stevenage needing a late goal from Danny Rose to see off second-bottom Hartlepool 1-0 and Northampton winning 2-0 at Gillingham.

Sam Hoskins’ 13th league goal of the season gave the Cobblers a half-time lead and Kieron Bowie added a second after the break.

Bradford climbed above Barrow into fourth place after winning 2-0 at Sutton thanks to Andy Cook’s 12th league goal of the season and Scott Banks’ second-half effort.

Crawley’s Ashley Nadesan scored the only goal in a 1-0 home win against Barrow, who slipped to their first league defeat since mid-October.

Swindon moved level on points with Barrow despite being held 1-1 at home by Tranmere, with Jacob Wakeling cancelling out Josh Hawkes’ opener for the visitors.

Tranmere’s Jordan Turnbull was sent off for his challenge on Frazer Blake-Tracy in stoppage time.

Carlisle dropped out of the top seven after being held 0-0 at home by Walsall, while Salford also drew 0-0 at home against AFC Wimbledon.

Mansfield climbed back into the play-off places as George Maris scored the only goal in a 1-0 win at Rochdale.