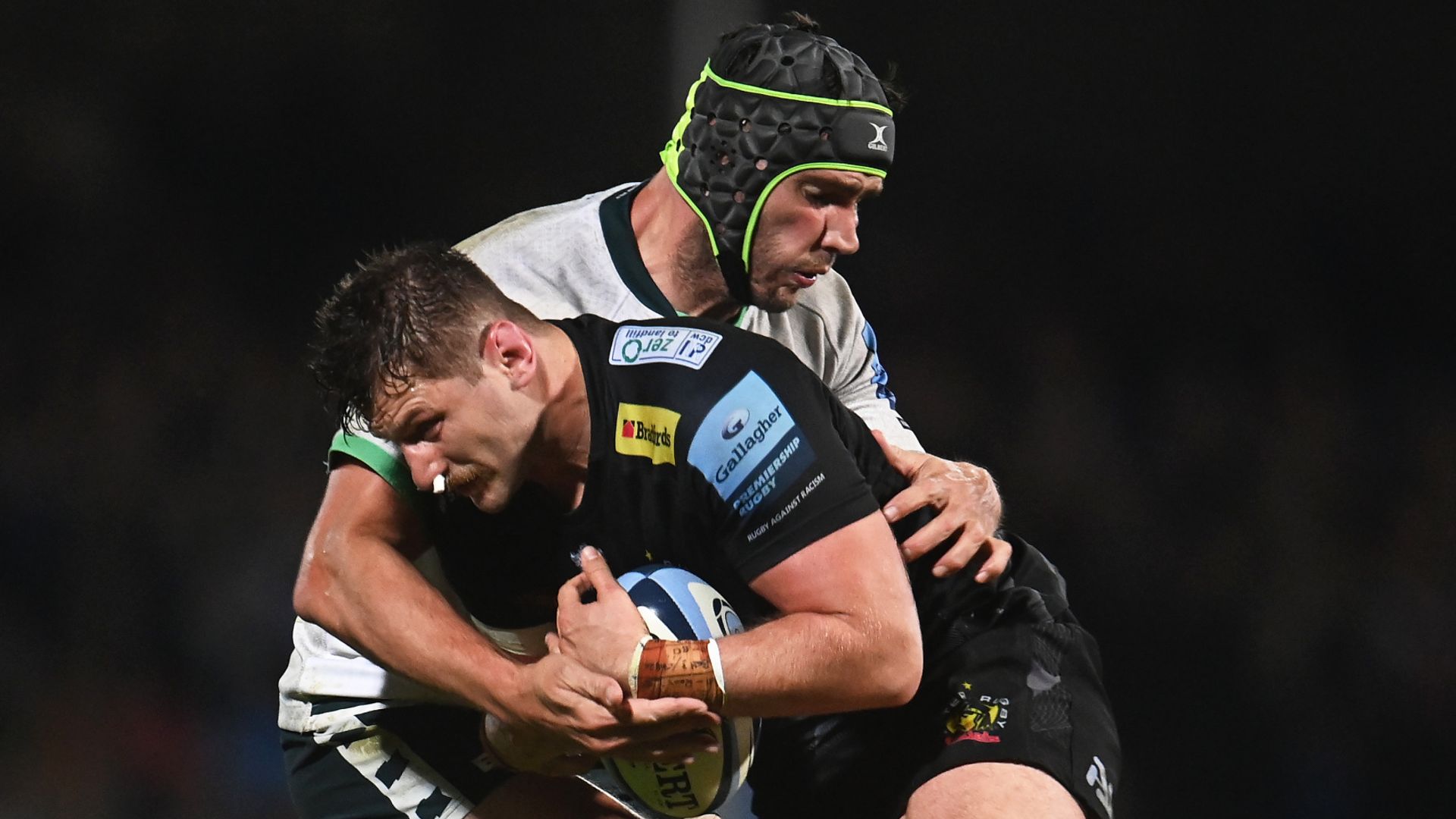 After defeats to Saracens, Gloucester and Northampton, Exeter stopped the rot with a narrow victory over bottom-club London Irish at Sandy Park; the Chiefs hung on in the tense closing stages to pick up their fourth Premiership win of the season

Exeter ended their three-match losing streak with a hard-fought 22-17 triumph over London Irish at Sandy Park in the Gallagher Premiership.

It was far from a classic, particularly in a very nervy second half, when both sides made a number of unforced errors, but the Chiefs did enough in the opening 40 minutes to just about secure a much-needed victory.

The win was based very much on an excellent home defensive display as they repeatedly frustrated Irish close to the Chiefs’ line.

Irish started well and were rewarded for their early pressure with a Paddy Jackson penalty.

But Exeter, missing 22 players due to injuries and international call-ups, turned to their forwards to get them a firm foothold in the contest.

Back rower Dave Ewers drove over from close range after the attack had initially been launched by a weaving run from winger Olly Woodburn, with Joe Simmonds adding the conversion.

South African lock Ruben van Heerden forced his way over the whitewash 11 minutes later – moments after Irish winger Ben Loader had been sin-binned for killing the ball – and Chiefs led 12-3.

Irish turned down a couple of very kickable penalties in search of a bigger prize by kicking to the corner but good home defence held them out, and they gifted the Chiefs their third try five minutes before half-time.

A no-look pass by South African centre Benhard Janse van Rensburg was intercepted by Woodburn, who ran 45 metres to touch down, with Simmonds adding the extras.

Irish had a great chance to reduce the deficit right on the stroke of half-time from a catch-and-drive line-out, but they were penalised for crossing and they headed down the tunnel with a 16-point gap to make up.

Irish began the second half very brightly, and after 12 minutes they finished off a quickly taken tap penalty, with Samoan number eight So’otala Fa’aso’o getting the grounding, and Jackson’s kick cutting the score to 19-10.

However, Irish gifted their hosts a penalty for offside almost straight from the restart, with Simmonds on target from 35 metres to edge Exeter further in front.

Irish kept battering away at the Exeter line, but some superb defence kept them out.

Chiefs’ young captain for the night Dafydd Jenkins rejected a penalty that would have put them three scores clear if slotted, and they then failed to throw in straight at the five-metre line-out.

The potential importance of that was driven home by Irish three minutes from time when replacement Tom Pearson forced his way over the line, with Jackson converting to cut the gap to only five points, but Exeter hung on in the tense closing stages.