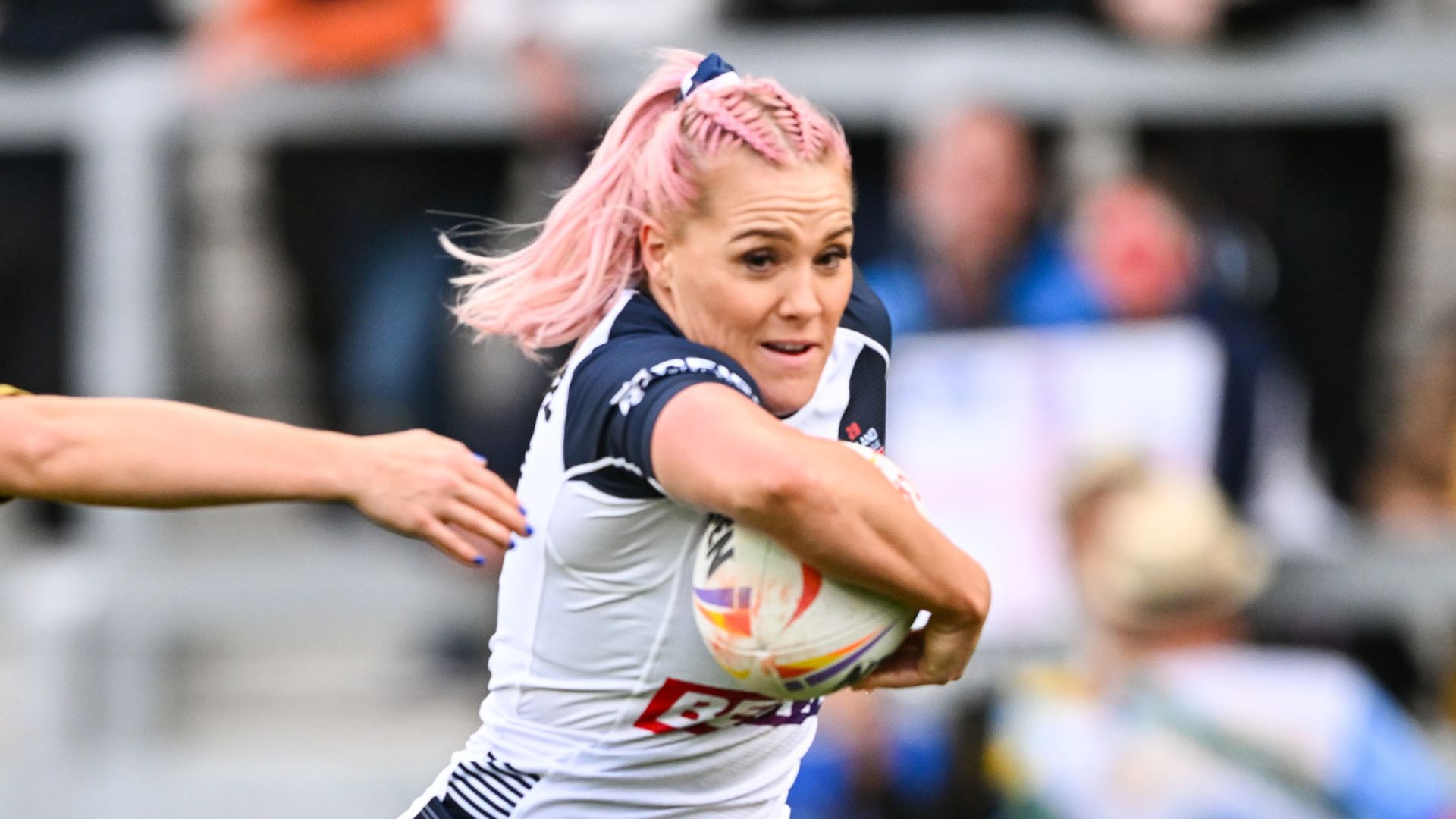 Amy Hardcastle says there is belief within the England side that they can make it all the way to the final; England take on New Zealand in the semi-final of the women’s tournament at York LNER Community Stadium, with kick off at 7.30pm on Monday

If there is anyone who knows how to put on a performance against the Kiwi Ferns, it is Amy Hardcastle.

The St Helens and England centre has had an international career spanning nearly 15 years and has one of the biggest moments coming up on Monday as England take on New Zealand in the semi-finals of the Rugby League World Cup.

Many have New Zealand and Australia as the two favourites to be competing in the final at Old Trafford on November 19, but, for Hardcastle, England have the “belief” to go all the way and that starts with a big win against the Kiwi Ferns.

“Going into this New Zealand game we are really excited. We have taken a lot of positivity from playing PNG because they were a really physical side and we know that New Zealand are going to be physical as well,” said Hardcastle.

“For us, we believe that we can win this semi-final and get to that final.

“We are just really excited for this opportunity to play against some of the best.

“It is going to be a test for us to see where we are at.

“It is just focusing on us, focusing on our strengths, and keeping that belief within the team.

“New Zealand will be a tough game and we know that, but we will just focus on our game.”

When Hardcastle came up against the Kiwi Ferns in 2013, she put on a performance to remember, becoming the first person to score a hat-trick against a New Zealand side and an experience like that only gives her more confidence that New Zealand are a “beatable” side.

“Back in 2013, when I look at myself…. to score a hat-trick against New Zealand and being the only one to ever do that, I am going into that game with so much belief as well because it can happen, they are beatable,” Hardcastle said.

“You just have to turn up on the day and believe in yourself.

“Going into to this semi-final means so much to us all because we have sacrificed so much and we have given absolutely everything to be in this World Cup, and I don’t think there is anything more we could have done as athletes.

“So, for us to go into this semi-final, it is the opportunity that we have all been wanting.

“For us, it is just enjoying the moment and we just have to continue believing we can win and will win.”

Despite an intense focus on getting the job done on the pitch, Hardcastle knows a legacy has already been created by the journey her side have been on so far, with record crowds and new interest growing with each and every game.

Indeed, while a win is at the top of her agenda, helping to shine a spotlight on women’s rugby league has been “incredible” for the England star.

“It is absolutely incredible, 1.2 million people tuned in at home and we had 5,500 in the crowd,” Hardcastle added.

“It is something I have never known of, and it is so overwhelming but so powerful as well, the fact that our nation is getting behind us and everybody is tuning in, and people are talking about us.

“The positivity that has come out of this World Cup is unbelievable and it is great because it is just building the platform for women’s rugby league.

“It helps to get it out there and then it can generate more in the clubs and get more at the girls’ sections in these clubs because it is being talked about and people know about it more.

“The legends of the game, you saw how much they did for the game and now we are setting the platform for the new generation and making it grow, so they have some of the opportunities we may not have had.

“But if we can help that, then that means the world to us because that is why we are here.

Vicky Molyneux returns to England’s 19-player squad in the only change for their Women’s Rugby League World Cup semi-final against New Zealand.

The Wigan Warriors back row, who made her return to international rugby league in 2021 after a 14-year absence from the England team, replaces three-quarter Carrie Roberts in Craig Richard’s squad.

Molyneux was named player of the match in England’s win over Canada at the DW Stadium in their second match of Group A, but was rested as the team beat Papua New Guinea 42-4 to secure top spot on Wednesday.