Lampard: Fans right to be unhappy | Coady: Bournemouth wanted it more than us Frank Lampard believes Everton fans had “a right to voice their opinions” after they booed their team following the 3-0 Premier League defeat at Bournemouth.

The Everton players and manager were berated and subjected to jeers and whistles as they went over towards the travelling support after the final whistle.

Qatar-bound Jordan Pickford was partially at fault for the Cherries opener when the England goalkeeper spilled a Dominic Solanke shot into the path of Marcus Tavernier, who slotted home.

Kieffer Moore notched a second in the 25th minute, before all three points were wrapped up by substitute Jadon Anthony in the second half.

Lampard believes the performance of his players warranted the reaction from the travelling fans. The Toffees were beaten 4-1 at the same venue in the Carabao Cup on Tuesday. 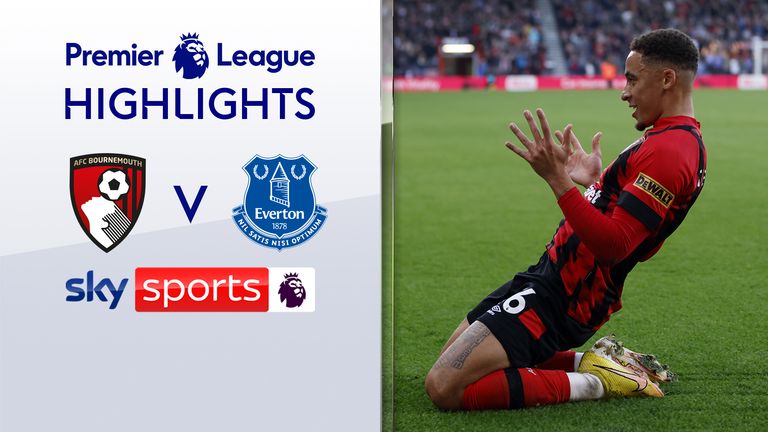 FREE TO WATCH: Highlights from the Premier League match between Bournemouth and Everton.

The Everton boss said: “The fans have a right to be disappointed because they’ve come down here twice this week and seen poor performances and before that we’ve been going OK. And then they see that there are performances that they don’t like.

“So when they see after Palace – and we can see that they gave us a welcome – they have to voice their opinion. And their opinions were right today.

“The players have to respect that the fans have a right to voice their opinions – and again they were right today.” 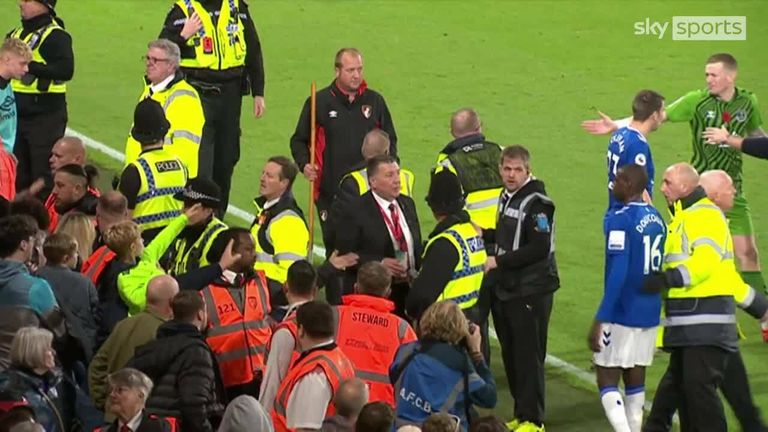 There was a confrontation between Everton’s players and fans after the final whistle of their 3-0 defeat to Bournemouth.

It was another long trip for the travelling support, who have now seen their team net just 11 goals in 15 Premier League matches.

The Toffees will finish the weekend just one point clear of the drop zone with manager Lampard severely under pressure going into the World Cup break.

Despite the reaction the players received from the travelling support, Lampard believes it was important for the players to go over to them.

He explained: “What was important today was the players went over to the fans, because they travelled down, they have to all go over.

“The players – albeit the performance wasn’t good enough – are not bad lads and they were disappointed. There’s things we need to speak about and the footballing level (was not good enough).”

Coady: It was nothing that represents Everton Football Club

Since the start of last season, Everton have earned fewer away points than any other ever-present side in the Premier League (16), winning just three of their 27 games on the road

Conor Coady said: “It’s nowhere near good enough from our point of view. I don’t want to speak about the referee. We speak about referees after every game so I’m not going to do that after we just put out a performance like that against Bournemouth.

“It was nothing that represents Everton Football Club or represents our supporters. A long, hard look in the mirror for every single one of us who plays for this football club.

“We have to set standards every day in training. It’s not just about today. It can’t be anything to do with the manager or anything like that.

“It’s up to us as players to set standards and take pride in what we do every day. We don’t have that at the minute and we need to make sure that’s happening because things like [today] will happen.

“[Bournemouth] wanted it more than us. [We’re] massively short of where we need to be because this is Everton … and we’re not representing that as a team or as a club for the supporters.

“We need to make sure [we’re not back in a relegation fight come March] for those supporters who are travelling down every single [game] to watch us play in Bournemouth or Newcastle or wherever it may be. We’ve got a lot of learning to do and we’ve got to do it quickly.” 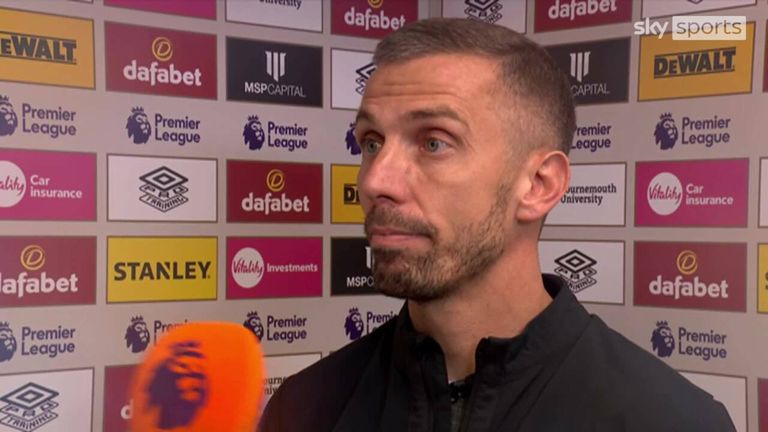 Gary O’Neil said he is still unsure of his future as Bournemouth caretaker manager after recent reports that Marcelo Bielsa may be appointed soon. O’Neil spoke after the Cherries convincingly beat Everton 3-0 at the Vitality stadium.

Bournemouth ended a run of four successive league defeats with the win over the Toffees, but despite the recent wins over Everton, interim head coach Gary O’Neil did not comment on his future at the club.

Incoming owner Bill Foley is finalising his purchase of Bournemouth and O’Neil has been in interim charge since the Cherries’ 9-0 thrashing at Liverpool in August.

O’Neil explained: “I don’t want to comment on things that haven’t been confirmed yet by the club.

“I’ve been in constant dialogue with them but I don’t think it would be fair of me to comment on things that haven’t been confirmed yet.”

Marcelo Bielsa is one of the names that has been linked to the vacancy at the Vitality Stadium, and O’Neil believes he would do well at the club.

O’Neil added: “(I have) huge respect (for Bielsa). There’s been noise for the last couple of days so huge respect for Bielsa and what he’s achieved and his reputation and the work he’s done is fantastic.

“So I’m sure if Marcelo Bielsa was to come to Bournemouth then he would do a good job.”

Bournemouth visit Chelsea at 12.30pm on December 27 in the Premier League after the World Cup as Everton host Wolves at Goodison Park on Boxing Day at 3pm.