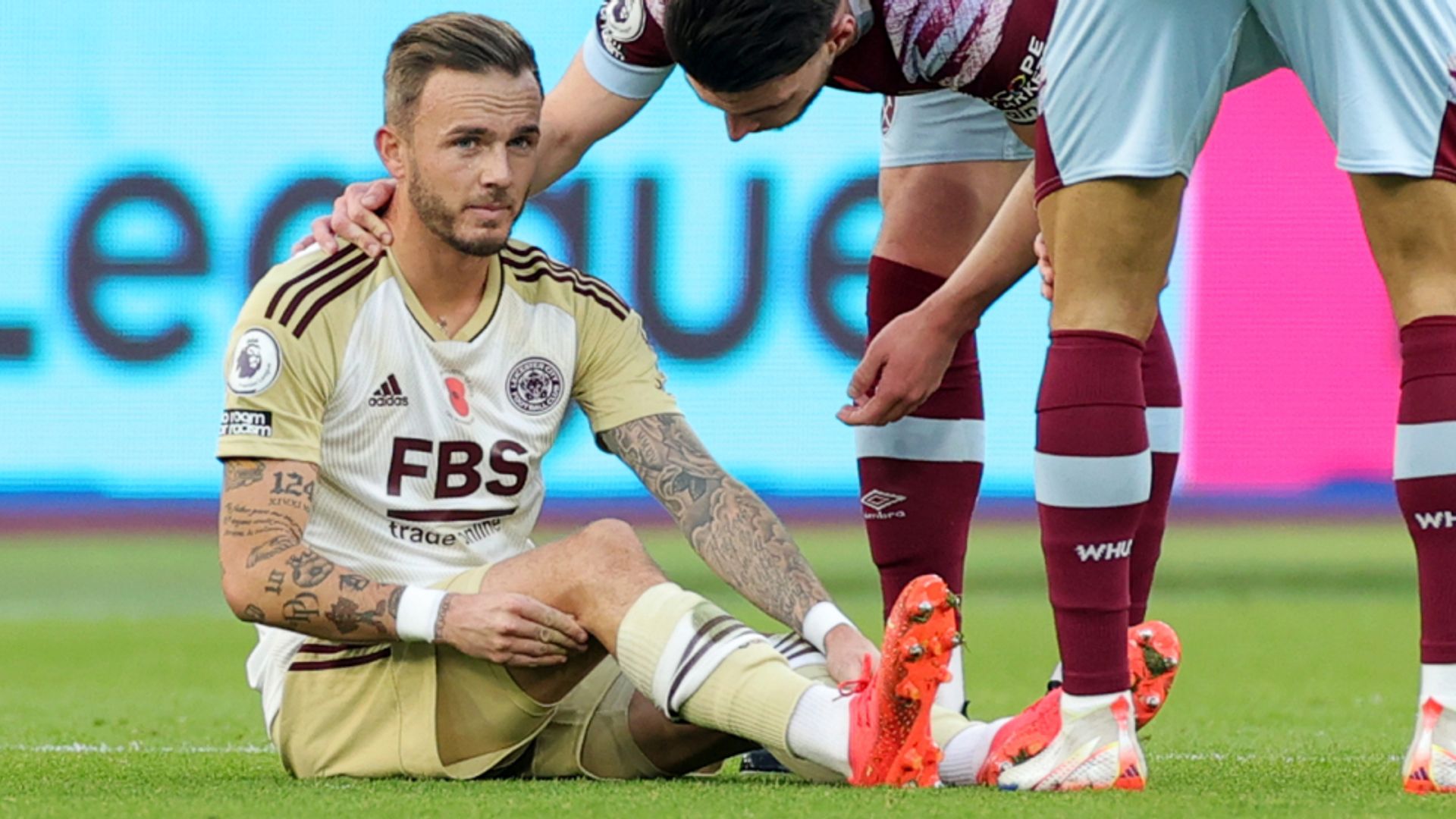 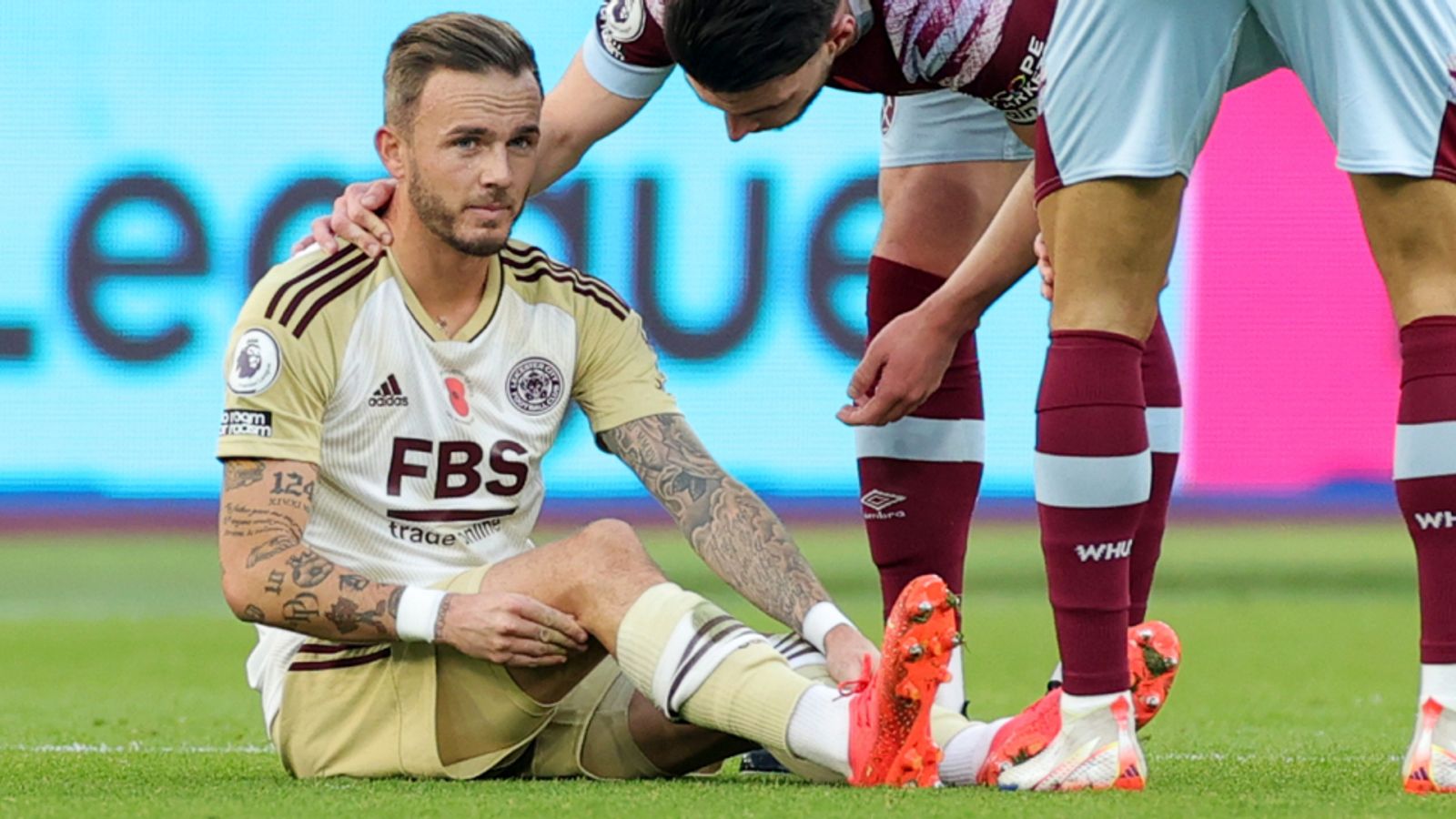 England are sweating over James Maddison’s fitness for the World Cup after the Leicester attacking midfielder went off injured early in the first half at West Ham.

Maddison, who opened the scoring against the Hammers in the eighth minute, was taken off in the 25th minute at the London Stadium with a leg injury, just two days after he was named in England’s 26-man squad for Qatar.

But with England’s first game against Iran on Monday November 21, his injury puts his place in doubt.

22: James Maddison is down and it’s Leicester’s medical team who are on now. Declan Rice is over to chat to his England team-mate, who looks to have an issue with his knee.

24: Maddison is walking off and that’s his afternoon over – let’s hope it’s a knock and nothing more serious with eight days to go until the World Cup.

25: Dennis Praet comes on for Maddison.

Maddison went down against West Ham holding his lower leg and then received treatment on the pitch before limping off to be substituted.

Watching the West Ham vs Leicester game for Soccer Saturday, Clinton Morrison said: “He knew straightaway. He just went into the middle of the park and went down.

“Maddison is feeling the back of his knee. He’s walking off.

“He looks really disappointed. He doesn’t look too distressed, so I don’t know until we hear from him at the end.

“But I hope he’s alright because he started the game brilliantly.”

Sky Sports’ Charlotte Marsh, reporting on the game from The London Stadium, wrote in the second half: “Maddison is sitting in the Leicester dugout and looks to be OK.

“A player whose World Cup dreams are over is unlikely to be chatting away to a Leicester staff member in the dugout as he is.”

If the injury puts Maddison out of the World Cup then England boss Gareth Southgate will be able to replace him, with FIFA rules permitting teams to make late replacements in the event of serious injury at any time up to 24 hours before their first game.