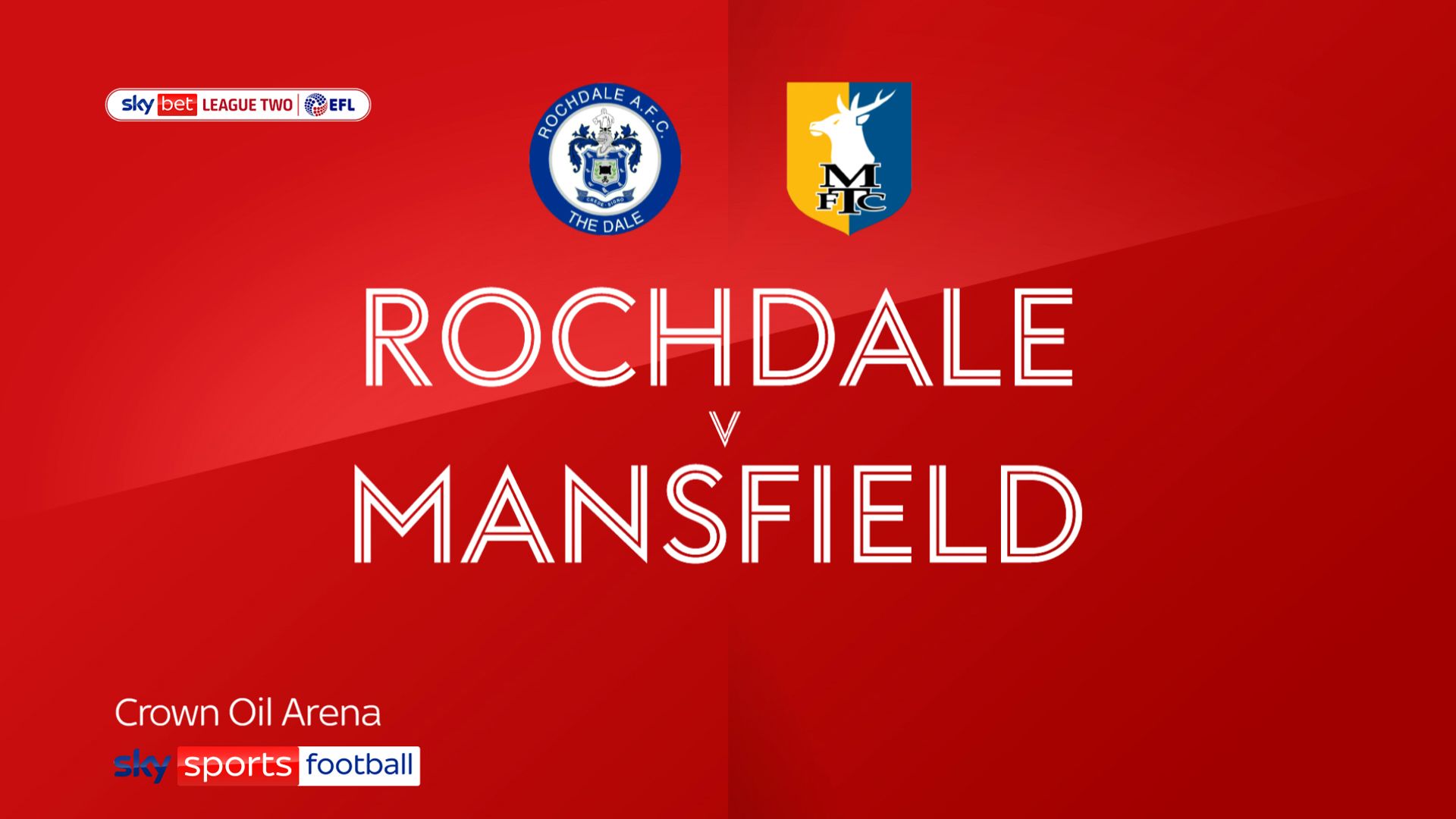 Mansfield climbed into the Sky Bet League Two play-off places after a 1-0 win at Rochdale.

George Maris’ goal midway through the second half separated the sides in a closely-fought contest at the Crown Oil Arena.

Mansfield went closest to scoring in the opening 45 minutes, however. The Stags almost had the ball in the net in the 22nd minute when, from a goalmouth scramble, George Lapslie and Elliott Hewitt both steered attempts at goal after Anthony Hartigan’s free-kick, only for Richard O’Donnell in the Dale goal to foil the visitors.

Hartigan’s corners continued to pose a threat to Rochdale after the break, Stephen Quinn flicking a near-post delivery onto the roof of the net.

Nigel Clough’s side made the breakthrough in the 66th minute, substitute Maris firing home Hiram Boateng’s cross from inside the six-yard area.

Toumani Diagouraga saw a shot deflected wide as Dale fell short in search of an equaliser.